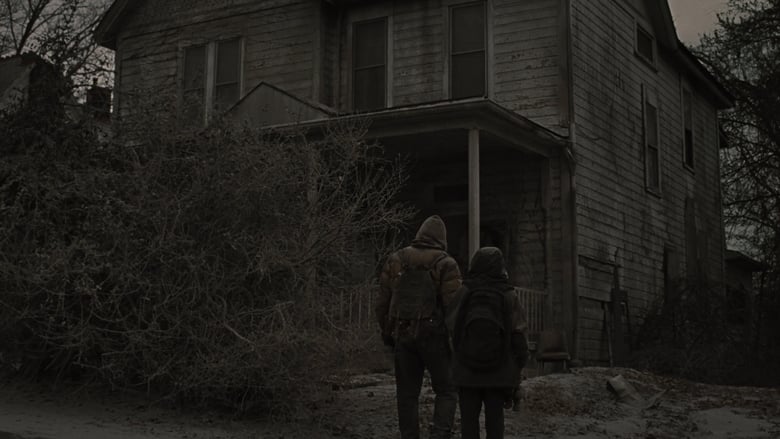 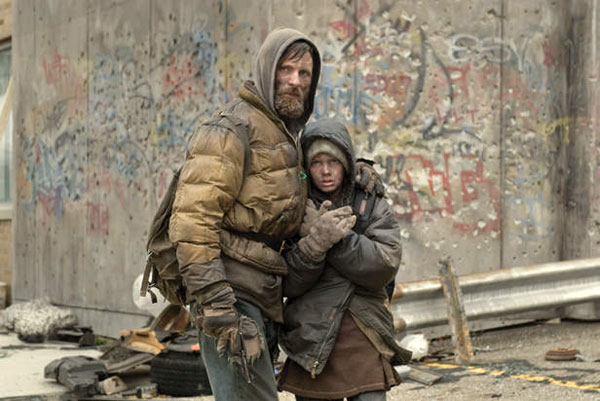 The Road is a grueling, post-apocalyptic story about a man and his son merely trying to survive. It’s bleak, daunting, and the most emotionally charged film of the year. Combine all of these traits together and you achieve one thing: brilliance.

After an unexplained cataclysmic event changes the face of the Earth, a man and his son embark on an epic journey towards the coast in hopes of survival. We never learn their names but it’s an unnecessary thing. This is unlike any other post-apocalyptic tale; there are no fiery action scenes of destruction, only character driven scenes about the need to continue the human spirit—to “carry the fire inside.”

I have not read the book by Cormac McCarthy that the film is based upon, so I cannot speak as to how the original material is handled (I’ve heard that it is faithful to the book). I can tell you, however, that this film is perfect in its own regard. The bleakness is overwhelming at times but the love between father and son is unmistakable and touching.

Viggo Mortensen has already proven more than once (A History of Violence, Eastern Promises) that his acting skills are outstanding. His performance in The Road as the father tops anything he’s done before and for good reason. Every twist in their journey brings about another scene where Mortensen’s talent pushes the limit, and he delivers every time.

Kodi Smit-McPhee plays opposite of Mortensen and the connection between the two rivals that of real life father and son relationships, thanks to Smit-McPhee’s acting and the chemistry between him and Mortensen. He is truly a hidden gem in this year’s new releases. Numerous scenes brought me to tears seeing the two struggle during their journey. Fear and love are constantly written all over their faces.

Numerous parts of this movie stand out above the rest. One of my favorite aspects is the innocence of Smit-McPhee’s character in a guilty world. Small things, such as his ignorance of Coke, only add more depth to his character and the atmosphere of the world. The way his character carries the constant belief in the goodness of people in a world gone mad is just one of several personalities the film contains, as a wide array of responses to the end of humanity are showcased in The Road.

The cinematography in The Road is also another favorite of mine. The future is shot in dismal dark and gray, while the film’s pre-apocalypse flash backs are bright and colorful. The decision to film this way shows how much the world has changed. It’s as if all the color has drained from the face of the world.

One thing is certain, this film is a worthy Oscar contender for both Best Actor and Best Picture. While I would very much like to see Mortensen take the award for best actor, I would be equally satisfied to see Smit-McPhee win. The work of both these actors easily tops that of everything else from this past year. I honestly think Mortensen’s Oscar has been long overdue and there is no doubt in my mind that this film is his finest work.

As I’ve said more than once, this film is bleak. It’s actually downright depressing, but that does nothing to take away from its brilliance. I only wish to make that fact clear for possible viewers. It’s not an action film, as the trailer would make it out to be, and the few scenes of violence are depicted true to life—quick and messy.

As disheartening as The Road may be, it’s the must see film of the year. Very rarely do we get to experience stories of this caliber or performances so fraught with emotions. With that in mind, do everything in your power to see this film, regardless of the toll it may take on you.
» More about The Road
» More reviews of The Road
» More reviews by John McClane