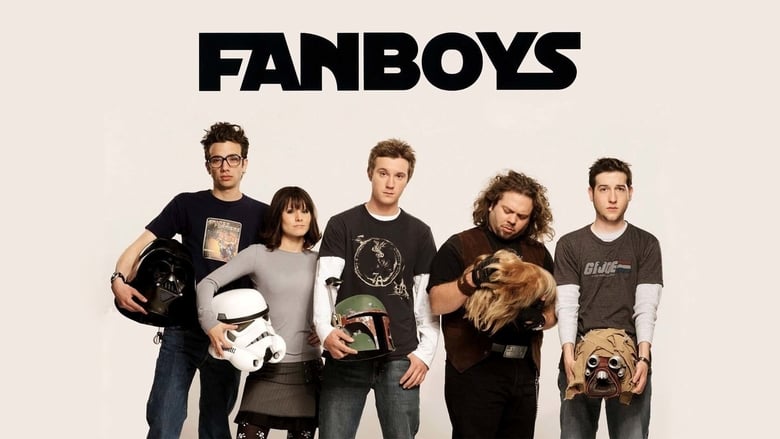 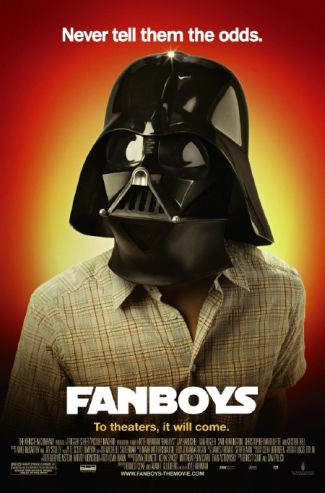 For all I know, this is the first period piece about movie geeks -- it's set in 1998 and follows the cross country road trip of four Star Wars fanatics who are on their way to George Lucas' ranch house in California to steal a print of Episode 1: The Phantom Menace.

I am officially old again. Watching a party scene set in 1998 with Chumbawamba's Tubthumping ("I get knocked down, but I get up again, You're never gonna keep me down") took me back. Has it really been ten years since Episode 1 came out?? The 20-something year old geeks, played by Sam Huntington (Eric), Chris Marquette (Linus), Dan Fogler (Hutch) and Jay Baruchel (Windows), have a countdown to the release of Episode 1 on their little calculator-like thing....

But oh no'z! Problems start to arise when Linus is diagnosed with some kind of terminal cancer and probably won't live to see Episode 1. Also, Eric's dad, some big used car salesman honcho, wants Eric to take over the business, which means wearing a cowboy hat. To escape their problems, they all take off in Hutch's Star Wars van and head to California.

There's a fight scene between the Star Wars geeks and a bunch of Star Trek Trekkies -- don't blink, Sam Huntington pulls down his pants and moons them. Straight guys and lesbians, the lovely Kristen Bell, as Zoe, moons them later. She also wears a sexy Princess Leia outfit later on.

I really liked it. I didn't laugh much -- a chuckle here and there, but the audience laughed up a storm. I'm harder to please. The film isn't playing in many theatres, which I thought was a shame. I knew absolutely nothing about it going in and I'm glad that I didn't leave to sneak into Friday the 13th.

Look to see if it's playing near you. Sexy recommends it. If you're a Star Wars fan, an absolute must.