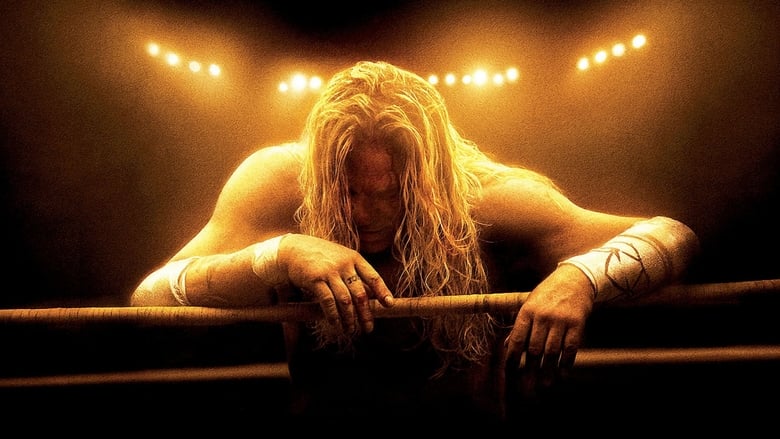 by Mr. Boston
posted on 1/03/09
in
I'm a new member of this forum and this is my first review, and I thought I'd write it on the most recent movie I've seen, The Wrestler.

The Wrestler is a new type of film for Darren Aronofsky, who I think is a brilliant director. I'm a huge fan of Requiem For a Dream, as well as Pi and The Fountain. Those films are totally different than this one, and I really like Aronofsky's new approach here.

This movie is about Randy 'The Ram' Robinson (played marvelously by Mickey Rourke), who is a wrestler in the independent circuit. Randy has a lot of fans, and it seems he's the one everyone is rooting for in all of his matches.

The Ram loves what he does. One day after a brutal match, which included a staple gun, barbed wire, and glass, Randy vomited in the locker room, and passed out. When he wakes up in the hospital bed, we find out that he has suffered a heart attack. It's mainly at this moment where we truly sympathize with Randy.

When told he can never wrestle again, Randy has to seek other options. He occasionally works in a warehouse and at a deli so he can afford to keep living in his trailer. He stops by a strip club to see a friend of his, a stripper named Cassidy (Marisa Tomei). She encourages Randy to try to form a relationship with his daughter (Evan Rachel Wood), who he has not even spoken with in years.

As the movie goes on, you can see the pain Randy is going through. He misses wrestling, and has to battle the decision whether or not to do it again.

The first thing I have to mention here is Mickey Rourke's fantastic performance, which is the highlight of the movie. He gives is a character to care about, a character we want to succeed. This is truly his comeback role, and it's guaranteed to get him an Oscar nod. If it we're up to me, I'd give him the Oscar.

Now, the movie itself is great. The wrestling scenes are very well made and are very entertaining. Rourke may now have done all of his stunts, but he definitely did some. Marisa Tomei and Evan Rachel Wood are both strong in their supporting roles.

This is one of the best pictures I've seen all year. I don't normally cry during movies, but this movie was a tear-jerker. I highly recommend it.