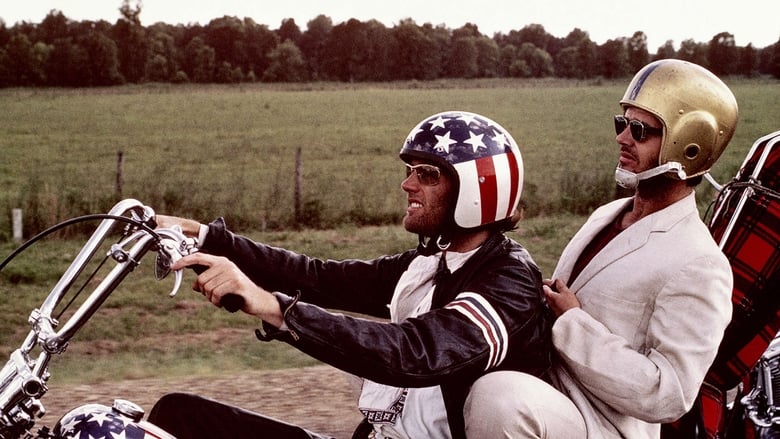 I posted much of what I enjoy about this film at another thread where I showed the "This used to be a Helluva good country" and "The Venusians are working amongst us" scenes. I'll try to track those down for you to remember and enjoy, but for now, I'd rather just share my personal thoughts about this film.

Easy Rider, at least for me, is a very profound film. More than any other of the films trying to define the era of the Vietnam War, which obviously includes reoccurring racism, Hippies, drugs, the mistrust of the government (pre-Watergate!), the mistrust of our youth, the divide between the "traditional" Americans and the "Younger Generation" ("Red Vs. Blue" - that sounds so Revolutionary War), the concept of what the "American Dream" is ("You go for the big money, and then you're free... "), the communes, etc., certainly dates the film because it was just about as up to date as was possible.

My brother used to criticize Easy Rider as being flawed because all the marijuana smokers had their own joints. My brother is informed, but he's also short-sighted. Criticizing Easy Rider because they don't pass a single joint around makes as much sense as saying that people smoke dope ONLY as a communal experience. It's partially correct, but it doesn't reflect people's reality, including my Bro's. The reality is that Easy Rider takes what seems to be an exagerration of America's attitude and turns it on its head. The awesome scene just outside of LAX where Phil Spector sells the drugs to Captain America and Billy is a textbook example of how to draw an audience in, both visually and cinematically. (P.S. I guess they still have to retry Phil Spector for his "murder" of the unfortunate Lana Clarkson (Amazon Women on the Moon).

This scene explains my concept of why this film is far deeper than most any others ever made.

This clip follows and helps to explain why Easy Rider is still a very powerful, and I might add, hilarious film.