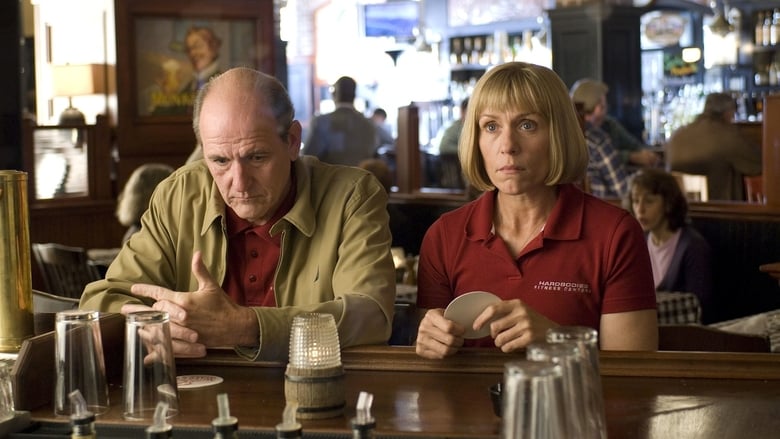 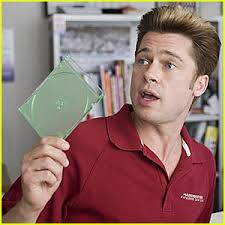 After the triumph of No Country for Old Men (critically, commercially, awards-wise) Joel & Ethan return to an original script that would seem to fall more naturally in line with their stylized and wonderfully convoluted dark comedies such as The Big Lebowski and Raising Arizona. Unfortunately it feels like they've gone to the same well once too often here. There are, of course, plenty of good moments and the actors look to be having a ball. Of the five central characters, played by George Clooney, Tilda Swinton, John Malkovich, Frances McDormand and Brad Pitt, only Swinton is left with too little to do. The other four get to fill their performances with both teeny nuance and over-the-top silliness, often in the same scene. Clooney and Pitt prove once again that they are top-notch comedians who just happen to be trapped in the bodies of classically handsome leading men, Malkovich is wonderful playing rage, condescension and frustration dealing with all the idiots he finds swirling around him, and McDormand expertly treads the line between a character who is both annoying and sympathetic while stripping any vanity away for the sake of a laugh. If only the story gave them all something more interesting to do.

This tale of infidelity, lies, secrets, blackmail and incompetence with a MacGuffin of a fired CIA Analyst's memoir never kicks into another gear. For a movie that includes a hefty dose of spy thriller milieu, there is an almost complete lack of narrative complexity or surprise. From the pair of filmmakers who brought us intricately constructed centerpiece sequences like the assassination attempt on Leo in Miller's Crossing, the flight of the Huggies in Raising Arizona, the Busby Berkeley on acid dream sequence of The Big Lebowski and the birth of the hula hoop fad in The Hudsucker Proxy there is a noticeable absence of style and ambition here. I'm not implying that every movie the Coen Bros. make need follow a formula or go down a checklist, but without those trademark flourishes in Burn what's left is so...pedestrian. All despite some very amusing work by the cast. To me it felt like the Coens are trying to play with and against audience expectation of both the genre and their filmography, but a minimalist approach to the outrageous material didn't come off this time. Though perhaps the biggest laugh for me came at the final scene, which abruptly ends in a way that seems to say 'fu*k you' to the criticism and whining about No Country's anti-climactic and/or offscreen endings for characters. To paraphrase Gertrude Stein, I just kept wishing there was more there there. With the cast and premise under the guideance of Ethan and Joel it was like watching an expert driver take a top-of-the-line Ferrari around the block at thirty-five miles an hour while waiting ninety minutes for them to peel out and show what they can do.

Of course a subpar Coen outing is still more enjoyable to me than 95% of what's out there in the multiplex at any given time, but in comparison to their own very high standard of excellence Burn After Reading doesn't measure up often enough. It feels like an early draft of what might have turned into another one of their great movies given another layer or two. I laughed throughout, I'm glad I saw it, I will of course own it when it hits DVD and watch it multiple times - I'm sure...but it's still disappointing, at least for a Coen Brothers flick.