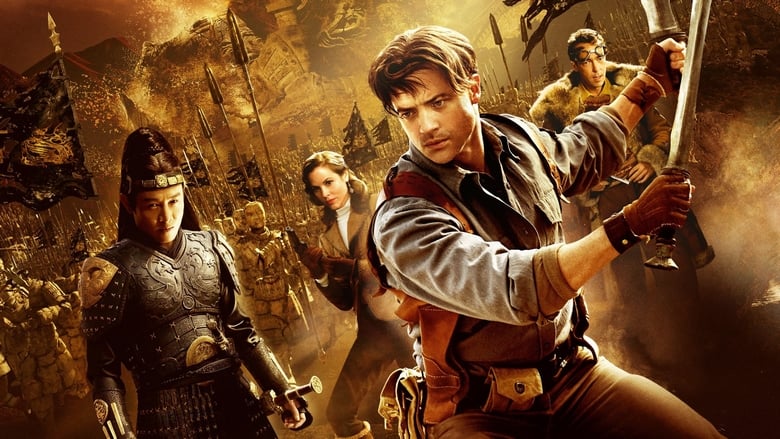 The Mummy: Tomb of the Dragon Emperor

by tramp
posted on 8/02/08
in
I've never written a "review" here, thought I'd do one on The Mummy and piggyback on this thread:

Taking a gander at the Mummy’s Rottentomatoes page and seeing this third installment of the Mummy franchise sitting at a dismal 10%, I began to wonder about the nature of critical reviews, and whether they are such a necessary part of this whole going-to-the-movies exercise that I enjoy so much. Yet, I freely admit, I get a certain joy when I see an upcoming film teetering on the edge of 100% and then settling in at a nice 94 to 96% (The Dark Knight and The Lord of the Rings films come to mind.) Seeing all those red tomatoes can get me a tad giddy. And when a film such as No Country for Old Men, with its layered characters and intriguing themes, gets all that universal praise, I think critics are very intelligent and important characters themselves.

But, when I see a film such as this and read the comments by these people (I often wonder why someone would want to criticize others’ hard work for a living), I want to tell them all to lighten up. I mean, really, is it necessary to bombard the moviegoing public with warnings to stay away and that the franchise is now dead? Isn’t that going just a tad bit too far? After all, there are plenty of dismal and awful films that never reached the lowest depths of 10%, yet this film is given the dubious honor. So it was a tad overly fantastical, so what? The CGI did look a bit cheesy, but there are a few laugh out loud moments from the audience, a few good thrills, a wonderful sword fight between a dead Emperor and a lovely Chinese “witch” (played by the sublime Michelle Yeoh), familiar characters that we’ve come to love, some good ol’ fashioned Chinese martial arts, and the charismatic presence of Jet Li as the villain. Sure, there are big giant snowmen and a really shaky camera that makes you a tad dizzy, but, hey, nobody’s perfect.

Besides, there’s Brendan Fraser. I’m actually shocked by what I see on film boards written about him; the man gets little, if any, respect. I first saw him in Gods and Monsters and soon after, The Quiet American. I mistakenly thought he was the independent film type. I say “mistakenly,” because, let’s face it, it’s clear he makes his living in mainstream comedies. But, hey, he’s always good in them! In addition, I particularly thought it was a stroke of genius to cast him in the first Mummy film. This is a hunky guy. Jeez, have you seen him without a shirt? (Go see this movie, you will.) That’s some great stuff there. And he’s funny. I loved the opening of this film when we see him attempting to fly fish. Brendan does have comedic timing, he’s warm and engaging, and the scenes between him and Maria (and Rachel before her) are nicely romantic and cute. He is a leading man. He can play an action hero. He’s also damn good in Gods and Monsters, in case you didn’t know.

One of my favorite lines that I ever read by a critic was when, during the reviewing of one of the LOTR films, I don’t remember which one, he said something along of the lines (and I’m paraphrasing), “at one point, I was no longer a critic and I just sat there like a little boy just experiencing the wonder of it all.” I loved that line. Sometimes, we need to take off our critical hat and just sit back and enjoy. Sure, this film lacked the "wonder" of a LOTR film, it could have been better, but there was a lot to like here. I thought China was actually a rather perfect setting for a film with archeology as an undercurrent; the emperor’s story fit in nicely with getting the O’Connells back in the Mummy business, and I didn’t think Brendan looked TOO young to be a father of a grown man. I mean, well… maybe that was rather dumb, but what the heck, I had a good time. I especially liked it when Rick O’Connell wasn’t wearing a shirt.