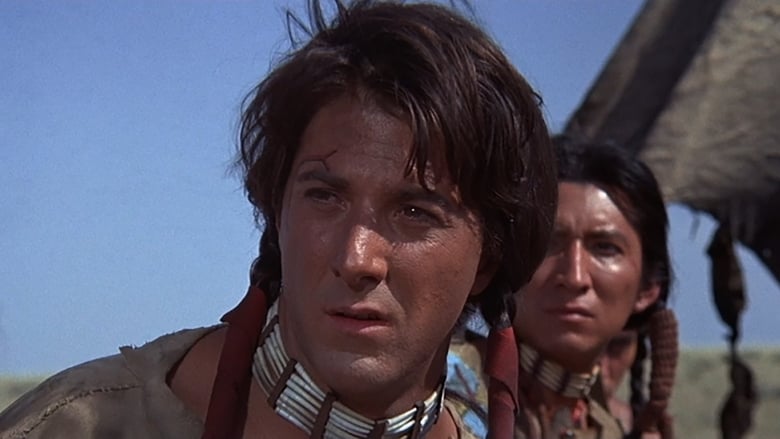 My favorite western involves 121-year-old Jack Crabb (Dustin Hoffman) who relates his adventures, beginning 111 years earlier, to a historian (William Hickey) who hears things which border on the unbelievable. Jack Crabb was adopted by the "Human Beings" (in this case, the Cheyenne) and raised in their culture by Old Lodge Skins (the wonderful Chief Dan George). Eventually, he ends up back in white society where he learns about sex and sin but is comforted by his newly adoptive "mother" (Faye Dunaway). The film covers lots of ground as things eventually lead up to the Battle of Little Big Horn.

Some people might call this an anti-western because it makes the Indians the heroes and the whites the Bad Guys. It basically rewrites some of the history that was taught (or deleted) when I was in school and turns it into what is mostly taught now to my daughter. But at the time, it had some heads shaking. Some people think that it's not really a western at all, but an allegory about the Viet Nam War and genocide. Whatever way you take the film, I generally take it as a highly-stylized, hilarious, heartbreaking journey through the history of our nation at a time when the culture clash of the West in the 1870s was coming to a head. I find all the parallels to American life in the late 1960s to be just frosting on the cake, yet it's true that this film probably only would have been made during a relatively small window of time, and thank God it was.

It's also a very episodic film because Jack Crabb went through several "phases"; among those are his religion phase, his gunslinger phase, his Indian fighter phase, his adventures as a snake oil salesman, his attempt to become a legitimate businessman and a married man, his long search for his white wife after she's been kidnapped by the Indians, and his many confrontations with the dangerously psychotic Custer (Richard Mulligan). Sometimes I see Forrest Gump as a film which took its storytelling style from Little Big Man. However, I find this film to have more genuine humor and tragedy to it. For being as fantastically entertaining as it is, it seems almost unreal that it's such a wonderful history lesson too. Whether you think it's real history, movie history, or just a series of tall tales told by that self-proclaimed liar Jack Crabb is up to you.


EDIT: I just watched this again, and I might have underrated it.