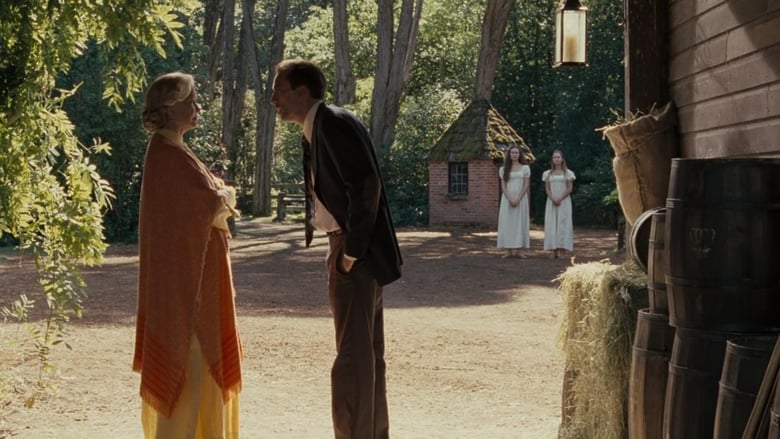 by Lockheed Martin
posted on 11/27/07
in
Hey, this is my first attempt at reviewing anything without anonymity, so be kind as my entire sense of worth is riding on it.

Also, caution: This review contains spoilers. Although, it'd take weaponized anthrax to make you enjoy this movie any less.

There's a lot to be said for 'reimaginings' of older media. Shakespeare had a good line in ripping off existing plays, Battlestar Galactica took a camp 80s nightmare and managed to twist it into a compellingly bleak modern political allegory and Scarface effectively updated a 30's classic with a little help from Oliver Stone and Al Pacino.

And then there's The Wicker Man. A 2006 remake of a 1973 BritHorror of the same name, directed and written by Neil LeBute (apparently the man behind Nurse Betty and The Shape of Things. Thanks IMDb!) and starring Nicolas Cage (Bad CGI in Ghost Rider and not-John Travolta in Face off). A movie that manages to be everything the original was and so much less.

Cage plays Edward Malus, a Californian cop with serious mental health issues and a penchant for violence against woman, who's lured to the mysterious Summerisle by his ex-fiancee to help find her daughter. During the course of his investigations Malus gradually uncovers the dark secrets of Summerisle and eventually SPOILER ALERT! is burnt alive in a 45-foot tall wicker man.

That's the entire plot, by the way. Much like the original one-watch-wonder The Wicker Man is 95 minutes of bumbling and red herrings and 5 minutes of actual man-on-fire action. Of course, the original had charm, some interesting themes concerning religion and sexuality and absolutely no women being kicked against walls. LeBute decided to strip all these things out and replace them with a baffling array of flashbacks, hallucinations, bee attacks and a romance subplot that somehow manages to out-absurd the basic premise. The result is beyond a mess. It's a meta-mess. It transcends mere incompetence to the point where you start wondering if it's some sort of Dadaist anti-art statement.

The direction is lazy to the point of being soporific, sometimes it feels like LeBute knocked off for lunch and just left the actors to it with a camera on a tripod. Extraneous scenes are dropped in almost at random, characters are introduced and never revisited and gaping holes in the script test the very limits of the audience's willingness to suspend disbelief. Who was the female police officer who visited Edward at home? What happened to the wood-chopping woman who begged Edward to take her to the mainland? What of the woman with the beard of bees? How did the pre-title car accident relate to anything? Who was the man who was crushed by the logs? After three viewings I cannot answer any of these questions. Although, LeBute feels he can with a 'revelatory' flashback. Well, if you're reading this, Neil; flashbacks are not inherently explanatory. You can't just chop together a random sequence of events and then show highlights from them in black and white at the end like it means anything. That's not how it works.

Of course, plotholes and poor writing never held back a decent horror movie. Unfortunately, The Wicker Man can't even rustle up a decent scare. Some feeble attempts to shock using the tried-and-tested 'tension music and unexpected animal' technique fall flat, but it's the over-use of hallucination sequences that really starts to grate. Edward appears to have chosen a bad week to go off his anti-psychotics as barely fifteen minutes go by without him fantasizing about dead children. Plus, this movie features the only use of a non-ironic hallucination-within-a-hallucination that I've ever seen. That's special. I half expected an angel and a devil to appear on his shoulders to offer moral guidance after that point. The finale does feature at least one wince-worthy moment, however. Even if it is directly lifted from Misery.

And then, there's the acting. I have a lot of time for Nicolas Cage, Lord of War and Matchstick Men both provide ample evidence he deserves his place in the A-list. He even manages to extract a decent performance from a hackneyed role in Gone in 60 Seconds. In The Wicker Man however, something has gone very wrong. Oscillating wildly between ent-like woodenness and insane ham Cage rarely hits the right notes, although some of the wrong ones he strikes are outright hilarious. The supporting cast are uniformly dire, the various women Cage berates, brutalizes or romances (although, it's hard to tell which one he's attempting at any time) are from that stock of attractive-yet-awful actresses that fill out the roster on low-budget horror flicks and teen comedies. The one shining exception is Ellen Burstyn who, as Sister Summerisle, managed to convincingly portray an actual human being. Right up until the moment they made her paint her face white and blue and dance erratically around some beehives.

Thematically is where the movie really starts to fall apart, however. While the original featured a clash between a virginal, devoutly Christian reserved British police officer and an isolated community of hedonistic pagans, the remakes features a clash between an island of feminist honey-worshiping New Ageists and a marketably non-virginal, non-religious police officer with no apparent motivation whatsoever. In many ways this rips the spine out of the story, as at no moment do we feel the islanders are threatening. They represent a philosophical movement that culminated in wooden windchimes and Andrea Dworkin (a woman I find roughly eight-hundred times more terrifying than Ellen Burstyn). In short, the sort of people who'd be more likely to offer you a cup of chai tea in exchange for a beat poem than break your legs and set fire to you. As for the new-man non-entity Cage plays there's not much there to empathize with or even fear for on a symbolic level. It's an epic battle between the anodyne and the dull, with dull coming out the clear winner.

There's also the marked level of misogyny to worry about; during the course of the movie Edward knocks out three women with his bare fists, kicks one against a wall with enough force to make it shake, brandishes a gun at a female cyclist, grabs and manhandles children aggressively and generally abuses anyone he meets who isn't in possession of a fully functioning Y chromosome. Note that the only one armed in this entire movie is him and only one of these women attacks him first. At what point during filming did this all seem acceptable? I mean, the original cut was rated PG-13 in the US. PG-13? I don't like the idea of young kids seeing women getting smacked about without due provocation and without any sort of repercussion (if you don't count the unrelated being burnt alive thing). Jeez. Not cool.

Ultimately, The Wicker Man commits the gravest sin of all by just being dull. Unless you're lashed or with some good friends it's going to leave you napping. By the time the big finale rolls round you're either going to have nodded off or be giggling yourself stupid over Cage's bear suit, either way you'll hardly notice the actual wicker man when it puts in an appearance, or (if you're anything like me) you'll be fiddling with Microsoft Excel trying to make a bar chart comparing incidents of small girls being run down by articulated lorries vs. grown women floored by the mighty fist of Cage and miss it entirely. 'Miss it entirely' is also, coincidently, the best advice I can give you when it comes to The Wicker Man.