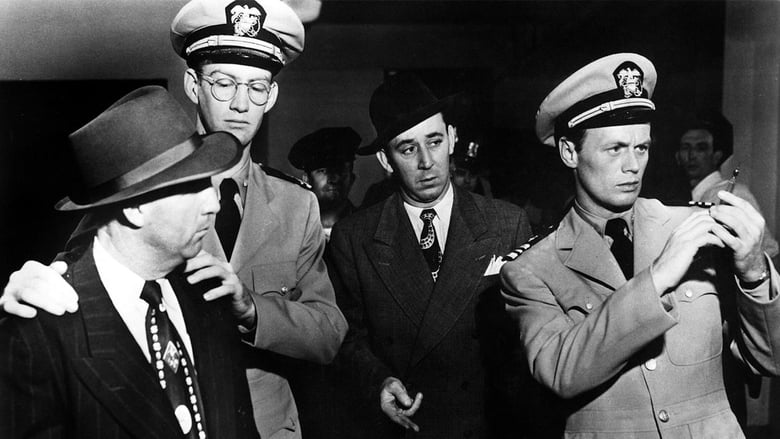 Panic in the Streets 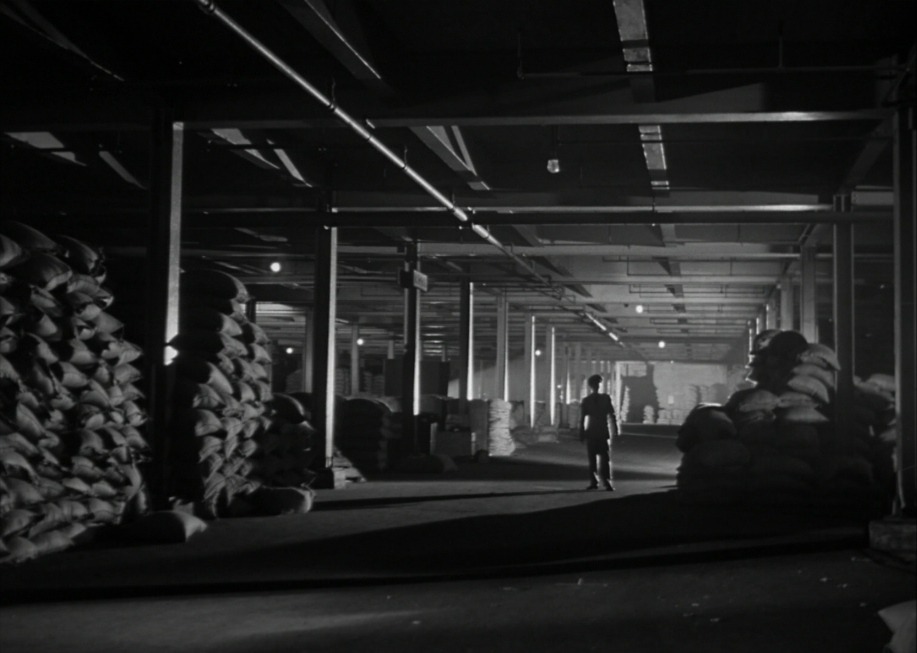 There's a scene here where the police are questioning a restaurant owner, and he takes a minute to converse with his wife about whether or not he should divulge that he in fact knew the recently deceased man they were looking for and knew his associates as well. He ultimately decides against it, but there's a tortured quality to this conversation, as the man seems torn apart by the decision. And there's another scene where the main character commiserates to his wife, and while supportive and kind, she urges him to stop feeling sorry for himself. Now anybody who knows anything about director Elia Kazan knows that the biggest stain on his legacy is his decision to name names to the House Committee of Un-American Activities. This was made two years before that happened, so it isn't exactly an apologia (you'd have to turn to On the Waterfront if you're looking for that), but it might explain a little of what was going on inside his head at the time. That being said, I don't want to misrepresent this as useful only for armchair psychology, as I found those scenes quite involving on a dramatic level.

I watched this as part of the Criterion Channel's November Noir series, but it's really more of a hybrid between film noir and a more procedural epidemic thriller. The movie cuts back and forth between an officer in the US Public Health Service and a police captain as they investigate the murder of a man who carried the pneumonic plague, and the lowlifes who murdered him as they try to evade the police. The noir feel is mostly present in scenes with the latter, providing a false sense of insularity and underlining their obliviousness as they fail to realize the true motivations behind the manhunt. This movie is notable for being largely shot on location in New Orleans, likely in places the tourism board isn't too thrilled about, and the open-air quality nicely accents the runaway nature of the disease, the fact that it can't be easily contained. This is shot by Joseph MacDonald, who also shot Call Northside 777, another movie that heavily features location footage albeit to differing effect. I enjoyed that movie as well, for its straight-shooting dramatic quality and the involving relationship between James Stewart and his wife Helen Walker. Also, if you wanted to, you could read a metaphoric quality into the premise in the context of Kazan's life, but I think it plays out in too literal-minded (not in a bad way) a fashion to support such a reading.

The main character is played by Richard Widmark. I haven't seen nearly enough of his movies, but the role I associate him most strongly with is the principled lowlife he plays in Pickup on South Street. So there's a disreputable quality that he has in my eyes, so I was surprised at how compelling I found him essentially as a decent family man who cares and wants to do his job well. It helps that he has a warm presence like Barbara Bel Geddes as his wife to play off of (and between you and me, were I Widmark's character, I would find more time to spend with Bel Geddes instead of at work). But I do think essentially guileless characters like this can be tricky to make dramatically engaging, and I think the movie pulls it off. I also liked the dynamic between him and the police captain played by Paul Douglas, who plays his character with a mix of skeptical, reluctant professionalism. You do get the sense he's trying to do the right thing, even if he takes some convincing. (Of course, the level of cooperation he provides is maybe not as much as Widmark would like, but in light of how things, ahem, have been the last two years, it's pretty damn good.) And you get some classic scumbags in Jack Palance and Zero Mostel, the latter with a pitch perfect pathetic combover, and a gorgeously shot climax in a warehouse, and this is a pretty darn engaging movie.