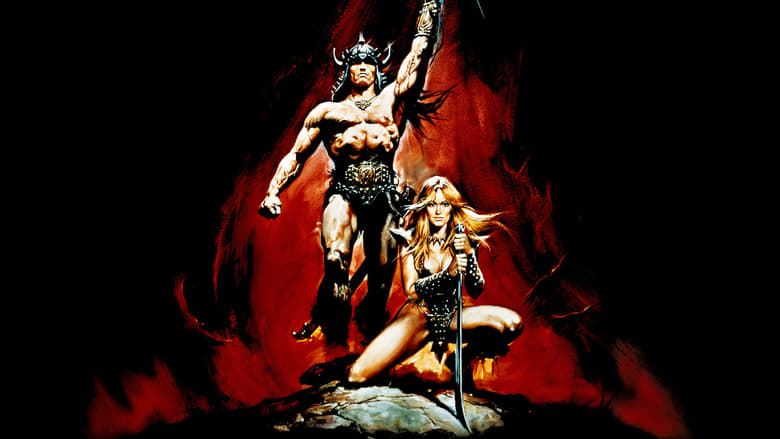 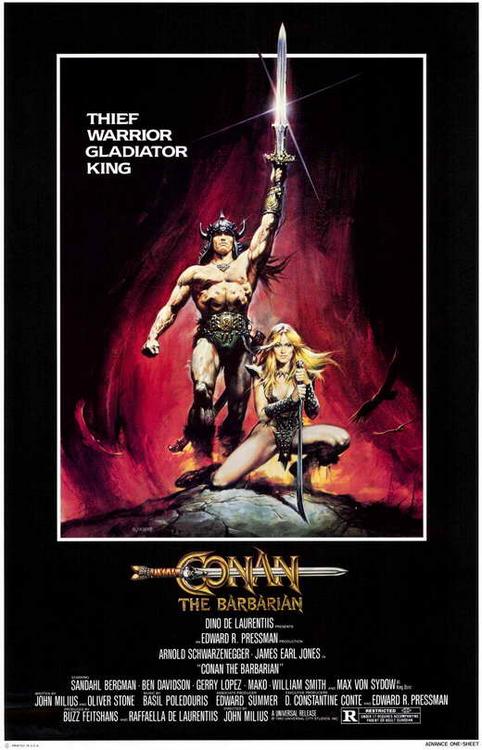 At last! The Crown Jewel of my Fantasy/Sci-Fi experience.
I have been a fan of this film since I was very young. It came out when I was 9 years old and had quite a stir around it, actually. Despite it not doing that well at the box-office, it had a mystique around it and had all the suburban parents a'twitter. And a big dude with a sword, a giant snake, and a warrior woman. I had to see it.
I did see it much earlier than my parents probably would have liked and I was sort of stunned by it. This movie is more than it should be, at least in my opining, and it hit me like a thunderbolt. Perhaps it is more accurate to say that it is what it should be and all other Sword and Sorcery movies are not.
In high-school, it continued to be a film that had a cult-following and talked about as one of the cool movies and, my senior year, we even watched it on LSD - a lot of LSD - and we all loved it. Over the years, my experience has been that every time I revisit it, it at least lives up to my highest expectation and memory, if not surpasses it. But a few years ago, I decided to start reading the original Conan stories by Robert E. Howard and I was so taken with them that I read them all. And now I am back, with serious purpose, to see how the movie holds up... 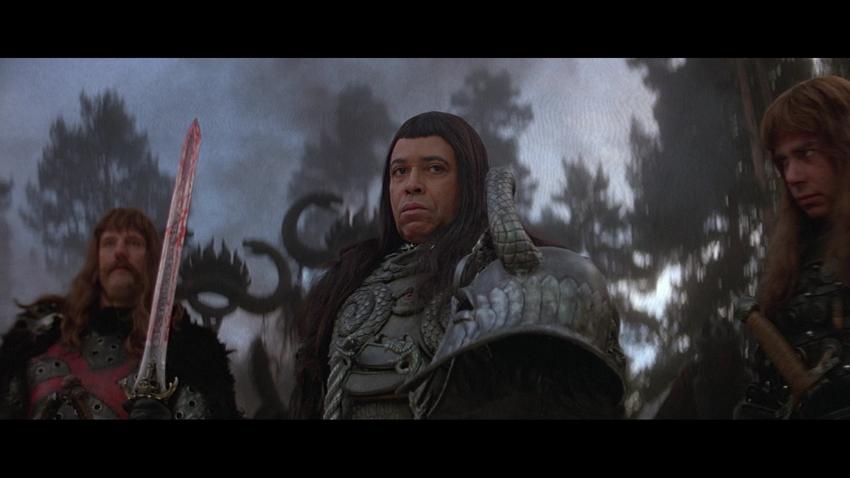 Well, I won't stand on ceremony or try to build suspense here, nor will I bore you with a rehashing of the plot. Milius and Oliver Stone wrote a story that borrows from several of Howard's original stories and is absolutely in keeping with the spirit of the work, even if it differs from certain specifics. He is Conan. Cimmerian. He will not cry. So I cry for him.
Honestly, this film never ceases to amaze me. Director John Milius, like many from the pre-Star Wars/pre-Indiana Jones era, set out to make a serious movie. He did not tip his hat at the mega franchises that were leaning into childhood nostalgia and the early-parenthood of their directors. He made a lean, muscular, grim, dark, and thoroughly entertaining and successful film.
The narrative is coherent and cohesive. The characters are engaging. The design is on-point. The cinematography, aside from a couple of spotty blue-screens (which seemed a bit unnecessary) early on is excellent. The FX are surprisingly good for the time. And the film is full of imagination and dark wonder. I cannot say it enough, Conan is the standard for Sword and Sorcery as far as I'm concerned.
There is one area of the film that I would like to specifically point out here and that is the actors. A number of exceptional people give very good, very serious performances here to give the whole proceedings an air of legitimacy that I think is lacking in so many other genre films. While Max von Sydow may have given us a wonderfully campy turn as Ming The Merciless in Flash Gordon, here his role and performance are as real as if this were a period biopic, and yet, as always his talent and charisma dominate the screen during his brief time. 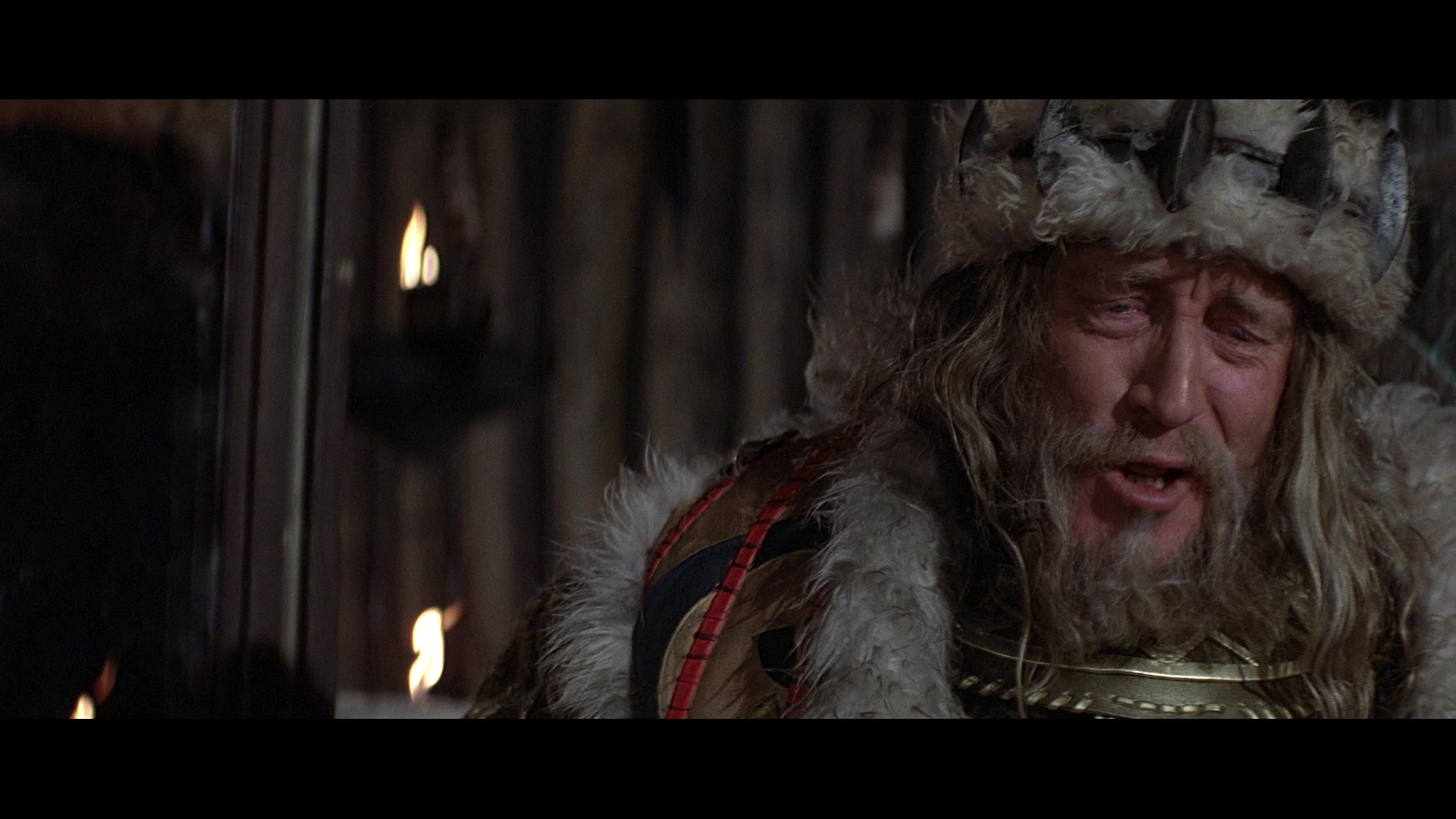 I would also shine a light here on Sandahl Bergman as Valeria. Valeria is the ultimate thief/warrior woman of the original Conan lore and poor Sandahl Bergman had big shoes to fill. Which is perhaps fitting given that she is six feet tall. Milius cast her here after her performance in Bob Fosse's All That Jazz and she is more than up to the task here. While, like Schwarzenegger, she does not necessarily strictly resemble her literary counterpart, she more than makes up for it in spirit.
She also gives the film its heart, one of its most rewarding moments, and her monologue about finding warmth in this world is one of the highlights of the film that genuinely moved me. 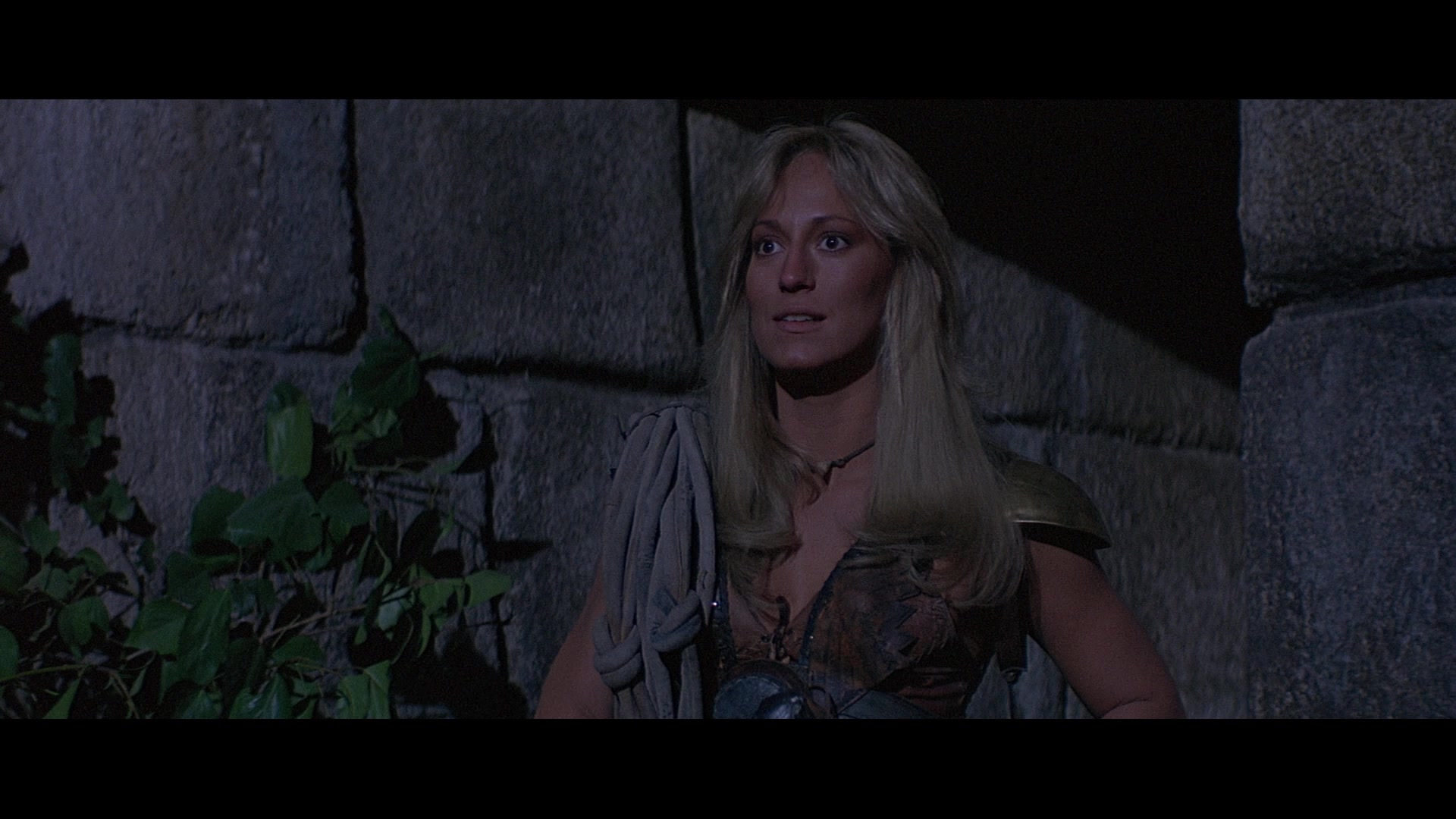 Obviously, to discuss the film without talking about Schwarzenegger would be senseless and I will say this for the Austrian bodybuilder: he made it work. There is no questioning that the man has charisma, but whether or not he can act has long been a subject of debate. However, here, in this dusty, sweaty, brutal world, and perhaps with clever direction by Milius, Arnold proves that he was not miscast merely for his muscles, he pulls this film off. Not only does he have the magnetism to keep eyes all eyes on him he actually genuinely makes this character believable. Whether he is or is not Canon Conan (ya like that?), he was every bit the man for the job and I, an unabashed fan of the source material, give Arnold my full seal of approval. 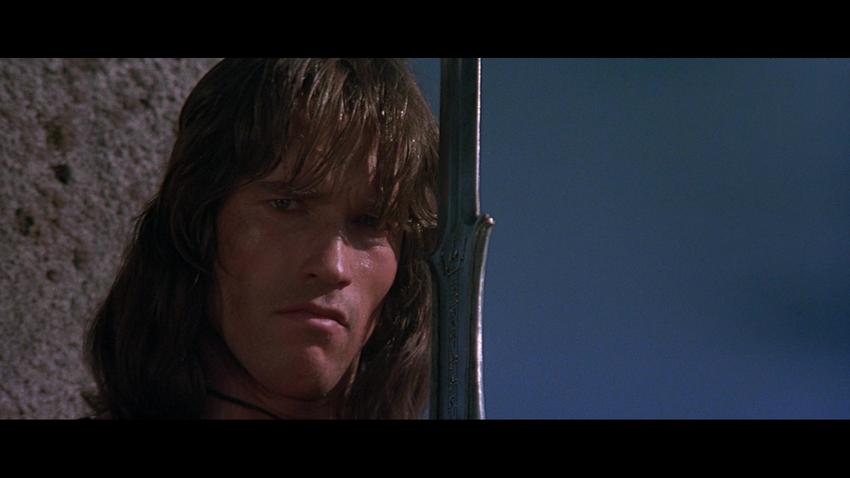 Finally, you simply cannot talk about Conan The Barbarian without bringing up the great James Earl Jones' absolutely wonderful turn as the dread Thulsa Doom. Jones brings his A-game to the role and gives the movie a tremendous gravitas from the opening scenes to the climax. An amalgam of two of Howard's arch-villains (one from Kull The Conqueror and one from Conan), Thulsa Doom is like a boogeyman and absolutely could have been one-dimensional and still been awesome. But Jones brings a depth and humanity to him that makes him special among movie villains in that he seems to have an understanding, a deep if twisted wisdom, at times even a kindness to him, even as he utters, "Now they will know why they're afraid of the dark, now they will learn why they fear the night" before taking his grim revenge. He also gifts us with the best scene of the film, which is just him talking, which tells you almost everything you need to know about the film. It is not about nostalgic nods to silly serials, it is about moments like this:


Obviously, I am giving this film high praise and I do so without reservation. If this movie is not for you, fine, but it is about as good as I can imagine it being for its time. It is dark and grim and serious and yet remains engaging and entertaining throughout and creates a character and a world that are the best of their kind and timeless.
Is this the best Sword and Sorcery movie ever made? Yes, with respect to Peter Jackson, yes, it is.
» More about Conan the Barbarian
» More reviews of Conan the Barbarian
» More reviews by Wooley