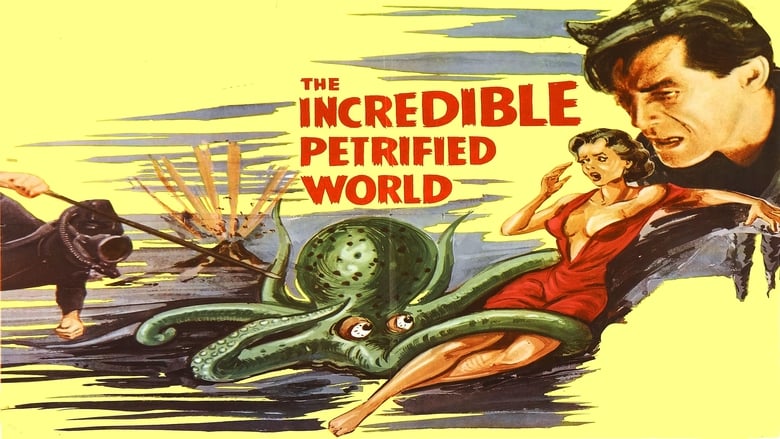 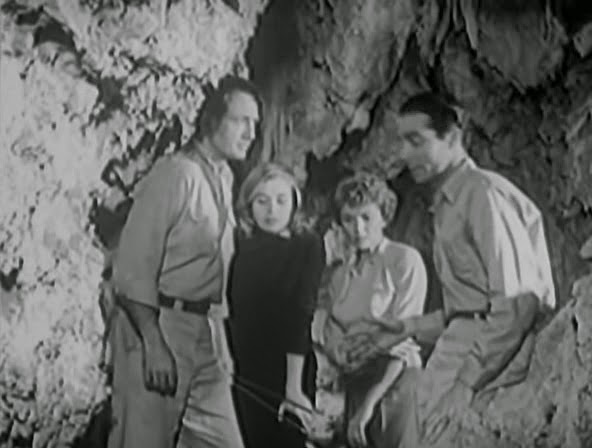 There's nothing friendly between two females! Never was, and never will be!

Two men and two women go on an expedition to explore the "phantom zone" in the ocean, but when their diving bell breaks off from the ship they sink down and end up in a series of underground caverns. Alone with just a single madman--a castaway from a previous wreck--they must figure out a way to get back to the surface.

It's amazing how many movies there are out there that are just sort of . . . nothing.

I let myself be optimistic for a few minutes at the beginning of the movie. There are lots of fun underwater shots of fish swimming by and, hey, some stock footage of pretty fish wouldn't be the worst thing in the world.

But alas, this is a sit-around-and-talk movie. And what they're talking about isn't at all interesting. The characters are pretty much non-entities. The only one who really stands out is Dale (Phyllis Coates), who is bitter over being abandoned by her fiance and single-handedly manages to embody the worst stereotypes about women. She's catty! She's inexplicably deferential to the men! She needs to learn a lesson so someone tries to rape her!

The problem is that this movie doesn't have the budget to be the kind of sci-fi adjacent adventure it wants to be. This film just begs for some large creatures, real or fictional. And at the same time, the writing is so weak that it doesn't work as a drama. The whole thing is a limp noodle, lacking anything outrageous (good or bad) to make it noteworthy.

The only nice things I can say about it are: it was only 70 minutes long, and I liked the fish at the beginnning.