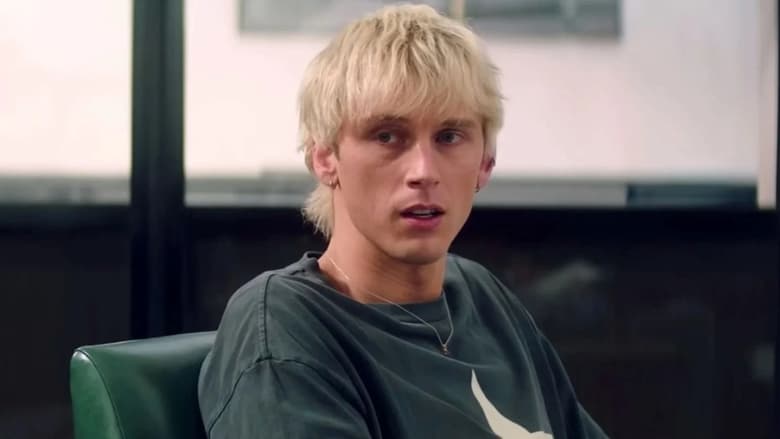 by Gideon58
posted on 5/24/22
in
Good Mourning
Fans of the HBO series Entourage might have a head start with a 2022 comedy called Good Mourning, a pointless, tasteless, and over the top showbiz comedy that is so busy trying to be hip and cool that it forgets to be funny. 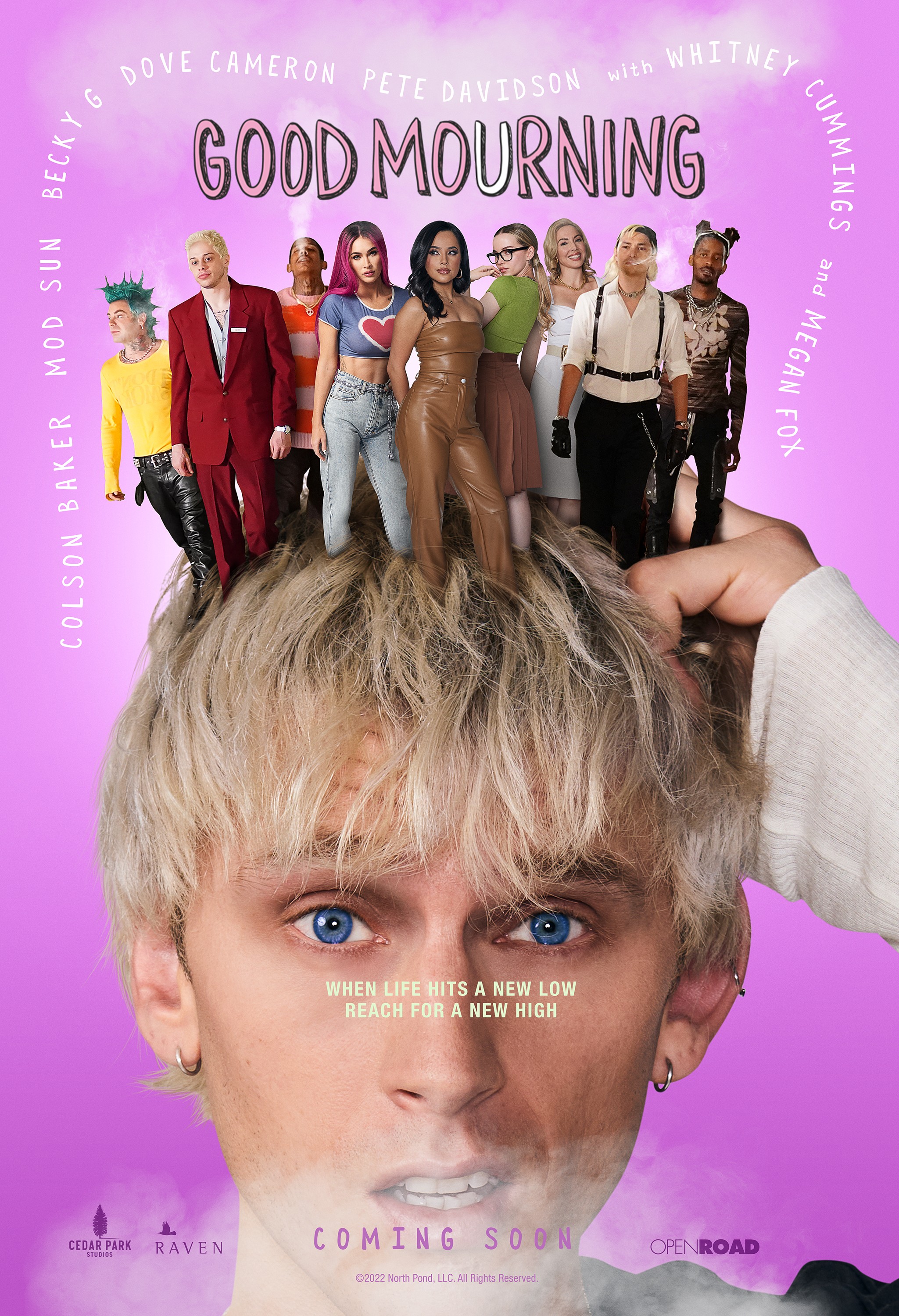 This film is a day in the life of London Clash, movie and television star who stars in the #1 rated television show. which just aired its series finale to dismal reviews. London is also freaking about his meeting for the starring role in a new Batman movie. London is further distracted by a strange text from his Oscar-winning actress girlfriend, Apple, which he thinks is her way of breaking up with him. Throughout all of this, London gets plenty of good and bad advice from his posse, Dylan, Angel, Leo, and Fat Joe. 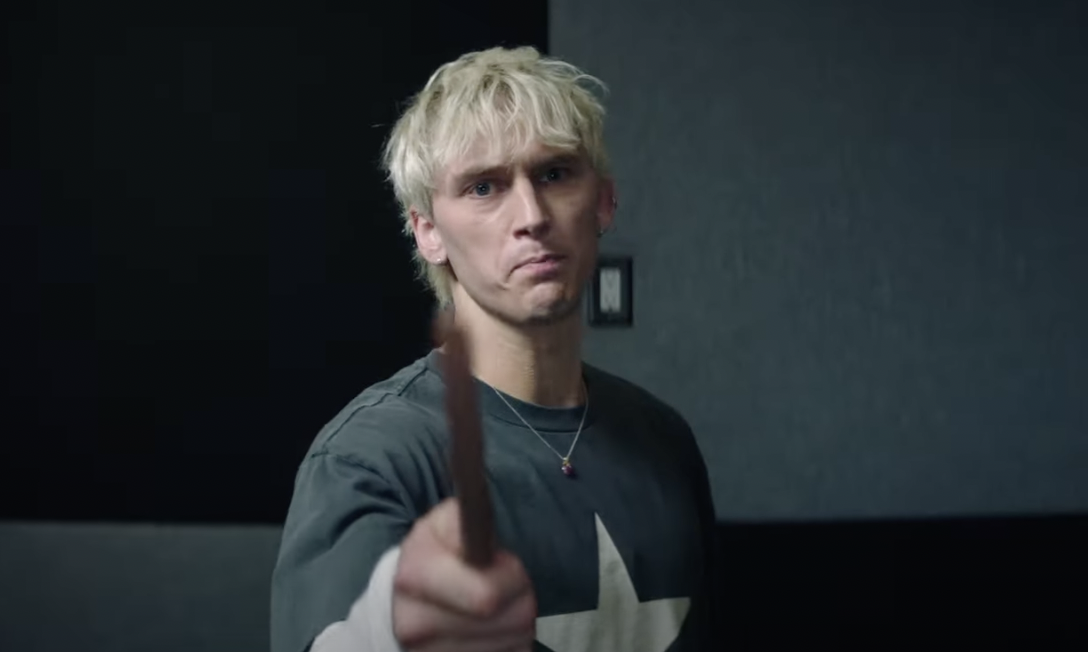 Machine Gun Kelly, who played Tommy Lee in the Motley Crew movie The Dirt, served as star, director, and co-screenwriter for this all over the place story whose basic premise does resemble Entourage, but in this movie, London's posse are a bunch of freaking idiots who pretend to have London's back but only when it's beneficial to them and whenever London really needs them, they go screaming into the night. The only real friendship and moral barometer in London's life is his former roommate, a beautiful lesbian named Kennedy (Megan Fox). 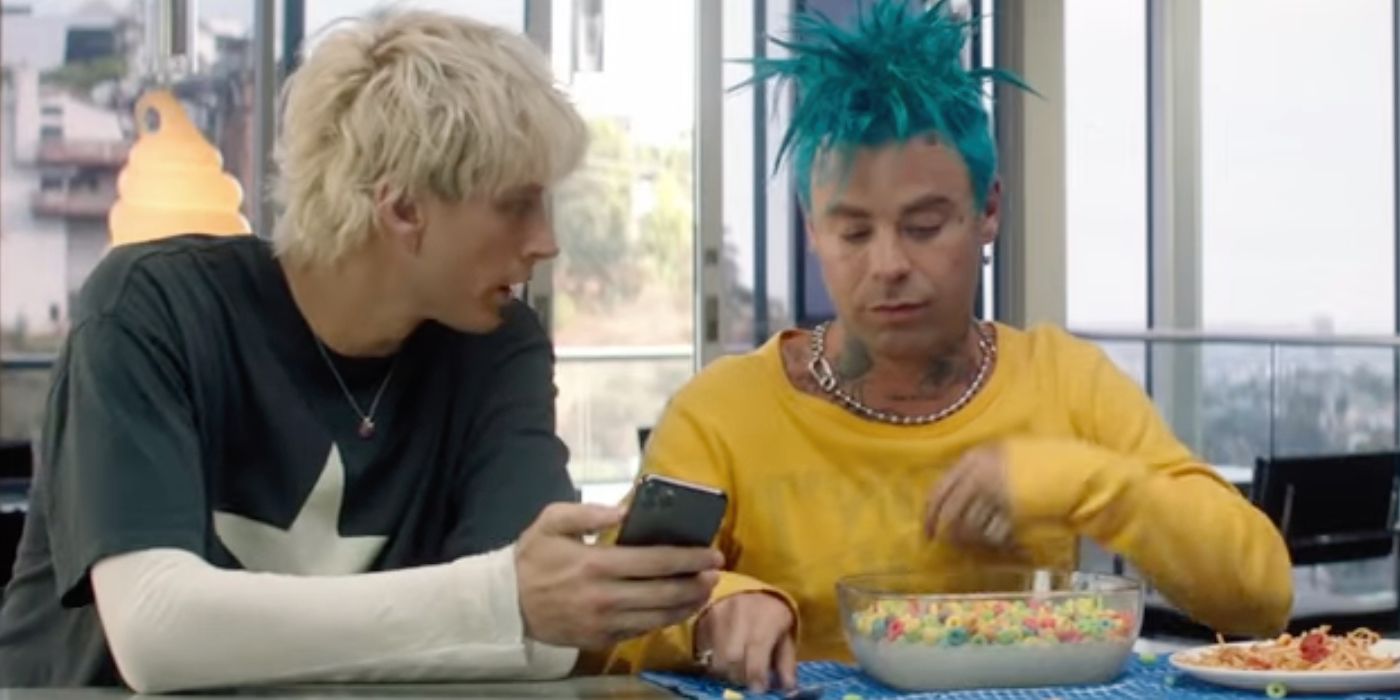 The movie starts out okay...the backstory where London introduces all the characters is cleverly written, but by the time we meet London's agent, Maxine, who doesn't know how to close her legs when she's seated and when we see the guys break three vases of Apple's family's ashes and their stupid solution to the problem, I was tempted to check out. There's a pretty big budget behind this movie, but it doesn't disguise the overwhelming mediocrity of the material. As for the performances, Kelly does display some acting talent even if the role isn't worthy of it. The biggest laughs in the movie come from Fox, Whitney Cummings as Maxine, and Pete Davidson as Barry, a parking valet who wants more than anything to be part of London's crew. There are also a couple of funny cameos by Danny Trejo and Dennis Rodman, and Snoop Dogg provides the voice of a joint. But I think the appeal of this lies in your admiration of Machine Gun Kelly.
» More about Good Mourning
» More reviews of Good Mourning
» More reviews by Gideon58