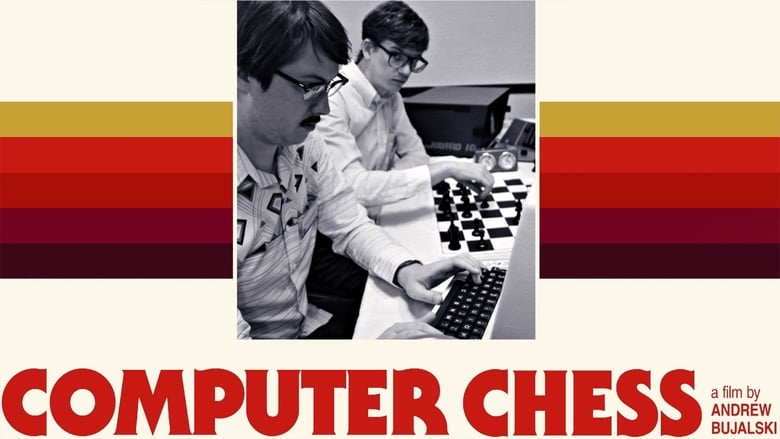 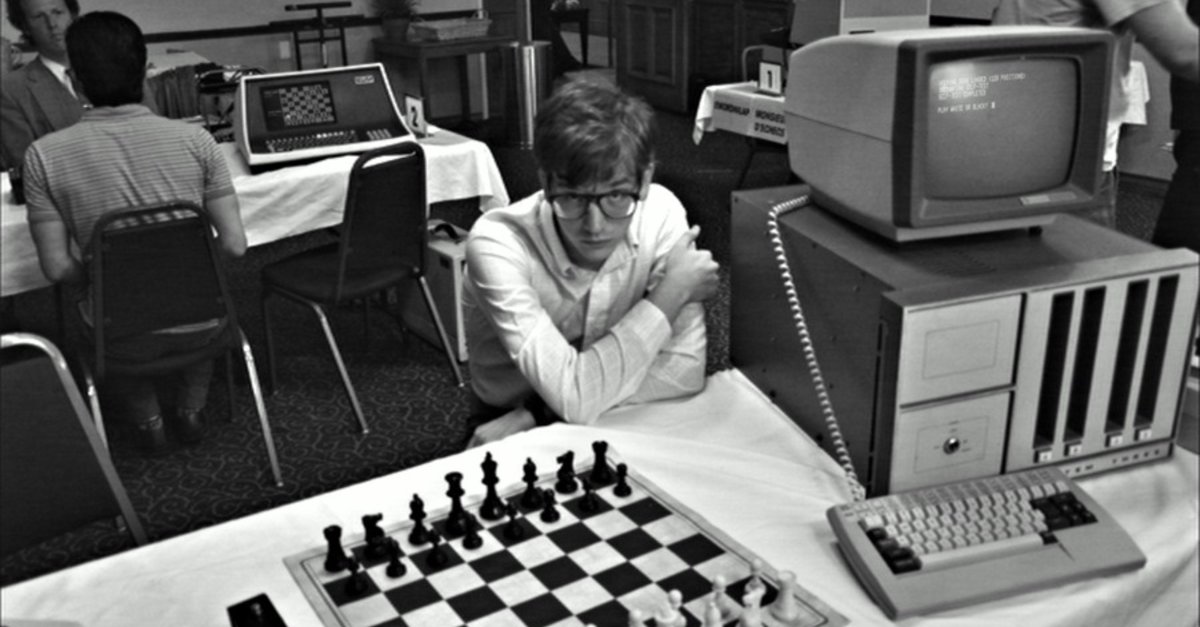 A group of eccentric computer programmers meet for an annual tournament in which their chess-playing programs go head-to-head to see whose program will dominate. Along the way there are discussions about artificial intelligence, bizarre encounters with a spiritual group staying in the same hotel, and unsettling interactions with one program that seems to have ideas of its own.

I grappled mightily with this film, which had a lot of elements that I liked but also some challenging aspects that made it a hard watch for me at times.

On the positive side, the look of the film---black and white and with a "video" look---effectively evokes the early mass computing era that it is trying to portray. I would also say that the actors do a good job of portraying characters with recognizable "nerd mannerisms" that manage to feel like real people as opposed to caricatures.

I also wish that the cast had been a little smaller. The characters are, with very few exceptions, white men in a similar age range with a similar style of dress, haircuts, glasses, and even similar mannerisms. With few exceptions, there were not many strong personalities, and so keeping track of who was who proved tricky at times. There is a funny running bit about the only woman programmer at the conference, a shy young person who only seems to get more flustered as she is repeatedly put on the spot about her attendance.

This is a film that I watchlisted when it originally came out. It is definitely a different movie experience, but one that I didn't love as much as I hoped I would.