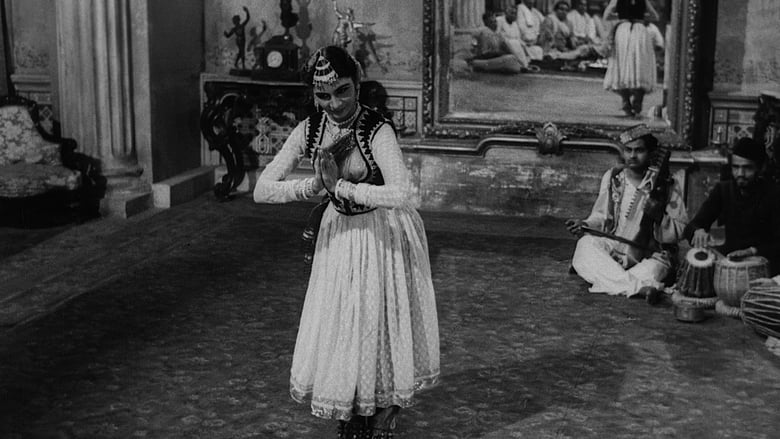 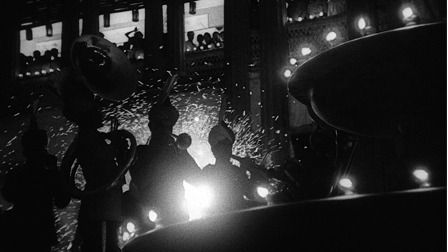 Biswambhar Roy (Chhabi Biswas) is a landlord living in a lavish home. His passion is music, and despite the fact that there are multiple factors leading to a decline in his wealth, he continues to spend in order to host extravagant concerts in his home. (A major bonus being to spite a neighbor who also likes to throw a party). But when tragedy shakes up his life, his relationship to music and his way of living dramatically shifts.

My main thought watching this film was just, dang, how do Ray's film's look so good to my eye? Is it the film he uses? His lighting? I'm fine with the film being feature length, but all I needed was that chandelier swinging in the darkness and I was in love.

Storywise, there's something really interesting about the presentation of the film's protagonist. He's a rich, spoiled guy. He spends money like he has no other cares while his servants nervously keep him appraised of his dwindling assets. But I guess there's just something about a person who loves art that will always touch some part of my sympathy. There are far, far worse things that a rich person can be into. And then there's this idea that something as abstract and otherworldly as music is the thing that keeps this character anchored to the world.

Another great delight of this film is the performances themselves. Especially when it comes to a musical performance in the final act, these sequences are done in a way that totally lets you understand why Roy is so enamored of them. It's dreamy escapism as we watch someone engage in dreamy escapism.