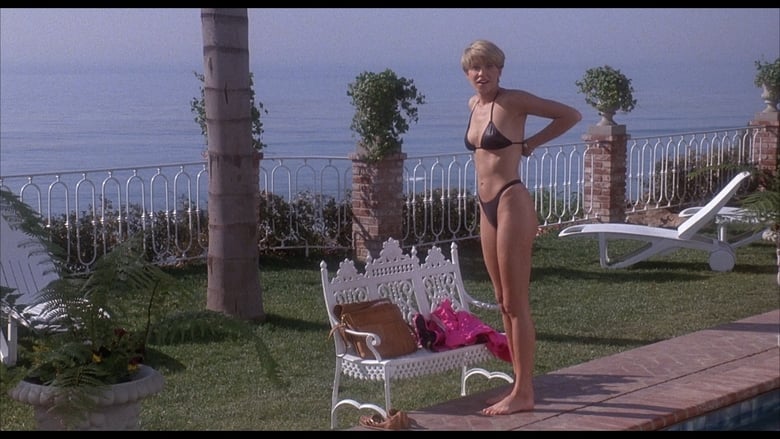 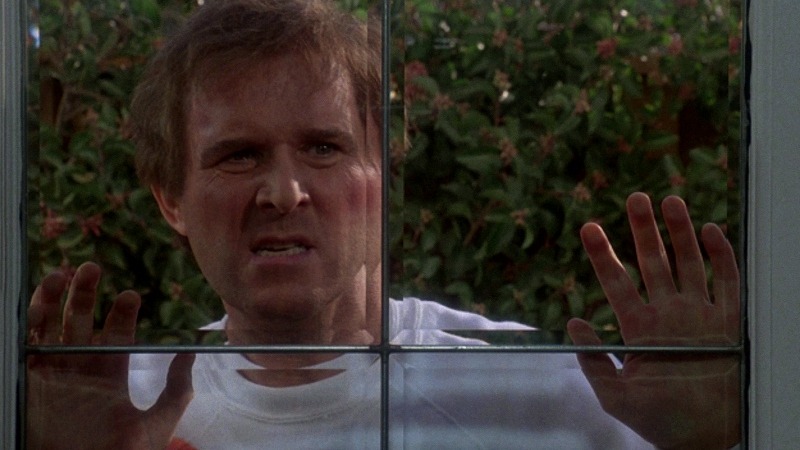 I won't claim to be an expert in Jim Belushi's career, but judging by his work in Thief and Salvador, I think there's enough evidence that he has real talent as a dramatic actor. Particularly in the latter, he holds his own against James Woods at the height of his motormouthed, scumbag powers, which is no easy feat. Someone less charitable than myself might say that Taking Care of Business provides more evidence to his abilities as a dramatic actor, at least in relative terms, in that it proves that he's should stick to drama rather than starring in comedies like this one. I would not be so unkind myself, but I must acknowledge that the movie insists that he's a lovable scamp without really selling us on that fact.

When we first meet him, he's a universally beloved inmate at his minimum security prison. Now, I have thankfully never spent time in prison, but none of the harsh realities of prison life depicted by grittier movies are to be seen here. In fact, love for Jim Belushi is so strong that the inmates seem to drop the usual racial divides and come together in his support, even when he runs his mouth and inspires the warden to cut off their TV privileges. You see, he had a good reason. He won two tickets to go see the Cubs play the Angels at the World Series, and the warden won't let him out of prison a few days before his sentence ends so he can go in person. These guys love Belushi so much that they pretend to go on strike so he can sneak out for the game, instead of, I dunno, shanking him. (For the record, I am not endorsing violence against Jim Belushi, merely hypothesizing a more realistic outcome.) A recent episode of the No Such Thing as a Bad Movie podcast mentioned an anecdote that Belushi used to relieve himself in bottles on the set of According to Jim. Was his character also doing this in the reality of this movie? Even though each cell had its own toilet? Is that why the other inmates were so happy to help him escape?

Alas, Belushi's freedom is not without complications, and soon he ends up adopting the identity of Charles Grodin, an overworked businessman who comes to town to seal an important advertising account with a Japanese food company run by Mako. These complications are felt entirely by Grodin, who ends up destitute, mugged, thrown in the garbage, arrested at least once, having his wife leave him and losing his job. Belushi's experience is largely complication-free, as he gets to crash at his boss's mansion, hang out in country clubs, wear expensive suits, dine at fancy restaurants and get it on with the boss' daughter. I watched this the same day as both versions of Freaky Friday (my not terribly exciting opinion is that the original is a bit more enjoyable, as the duo of Harris and Foster is perhaps a bit stronger on average than Curtis and Lohan, although both films are fairly diverting), and in those movies, there is an acknowledgement that both sides have their distinct challenges. Belushi here faces no struggles, even in the minor embarrassments one might face when placed into an unfamiliar social milieu. Also, he gets to speak his mind, which impresses Mako but demeans Mako's female subordinate. That's a theme that runs through this movie, where we have to listen to Belushi make objectifying comments about women with some regularity (he makes a dinner toast to "big t_ts" and inadvertently proposes a marketing slogan for a baked goods business when admiring a tennis player's "buns"), while the female characters are uniformly devoid of agency, and one even suffers the horrific fate of finding herself attracted to Belushi.

All that being said, I'm basically the target audience for this movie, in I did some internal hooting and hollering anytime "Takin' Care of Business" came on the soundtrack in any of its iterations, so I did more or less enjoy this. (The music is credited to Stewart Copeland of the Police, who seems vastly overqualified to compose a score that mostly consists of one of the riffs from the song playing at varying speeds.) The "working overtime" lyric from the song is one that both myself and Grodin's character can really to all too easily, making him a much better audience surrogate for myself than Belushi. Grodin went on Carson to claim that "Taking Care of Business is probably the most entertaining picture I've done since Heaven Can Wait." Now, those in the know understand that the comment was part of an in-joke where Grodin would regularly go on either Carson or Letterman and pretend to be some combination of wounded and antagonistic ("I have certain things to say and you have certain things to say"), but the character is another in the tradition of great neurotics played by Grodin, with lots of classic facial contortions, teeth gnashing and walking of the tightrope between politeness and apoplexy.

In that sense, we can understand the appeal of Belushi in the lead, whose presence is like a bull in a china shop, laying waste to the manufactured challenges of Grodin's socioeconomic stratus and liberating the latter from his problems. The movie is directed by Arthur Hiller, who directed one of the great buddy comedies with The In-Laws, where a neurotic played by Alan Arkin is slowly pulled into the perfectly reasoned insanity of Peter Falk's worldview, and there's a certain perverse logic to the way both men find themselves in the lunacy of the final moments. Hiller doesn't quite pull off the same arc here, as both leads are kept apart for too long, Belushi lacks Falk's magnetism entirely and Grodin's self-actualization basically concludes with at least twenty minutes to go, but the movie does get its biggest laugh in that closing stretch with a hilariously unconvincing use of a stunt double.