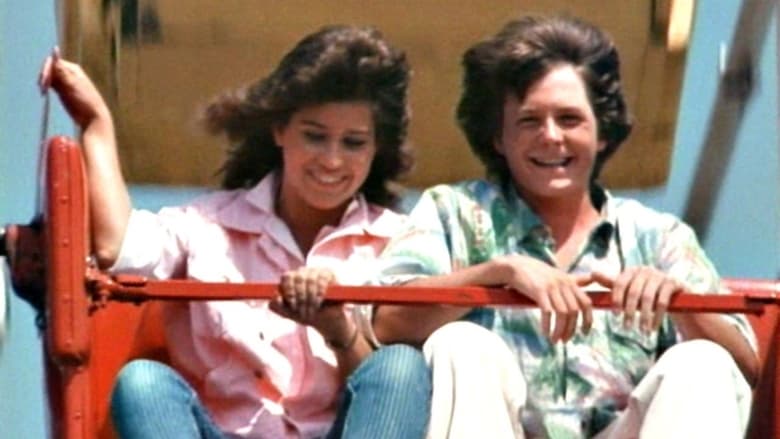 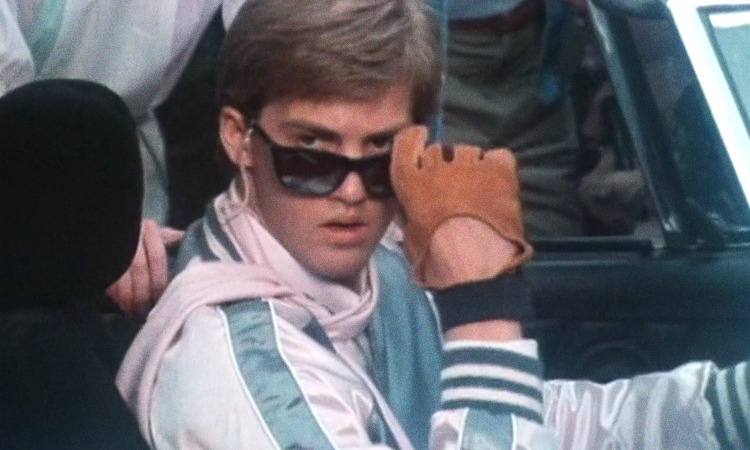 I recently revisited John Hughes' Sixteen Candles. It's a movie that has certain, uh, problems (*cough*racism*cough*date rape*cough*). But it's also grounded in a certain emotional reality with respect to high school life. The moments that feel more artificial, like the presence of the "Peter Gunn" theme on the soundtrack, feel more cohesive than the musical interludes in Hughes' later The Breakfast Club, as the movie convinces you that this is a song that would be playing in the heads of its most hopelessly geeky yet supremely confident character. And with a couple of extremely winning central performances from Molly Ringwald and Anthony Michael Hall, the overall experience is warm and affable enough to make it a pretty engaging watch despite its flaws.

High School U.S.A. is similar in that it contains some pretty endearing performances, but differs in that seems divorced from any realistic sense of high school life. The movie takes place in a high school that's seemingly run by the school bully. I don't mean in the figurative sense where all the other kids are afraid of him. Here the bully is obscenely wealthy (yet his parents are never seen; is he a self-made man?) and seems to control the administrative side of the school as well. You see, he dangles his wealth over the teachers with a promise of a $10,000 cash prize and a trip to Europe in order to get them to do his bidding. This is also a movie where the hero, despite not living with his parents (or any adults) and seemingly being destitute, somehow lives in a comfortable suburban home. And when the hero challenges the bully to a dangerous, ill-advised race, the adults around him (including the principal) cheer him on, instead of trying to smack some sense into him like any sane adult in a movie even close to real life would. Like the vigilante genre slid into the unreal and hyperbolic during this time, so did the high school movie extract its tropes from the plane of reality and launch them into the realm of fantasy.

The most notable thing about the movie is the cast. A pre-Back to the Future Michael J. Fox plays the hero, and displays some of the same liveliness and star quality he would show in his breakout movie. A pre-Revenge of the Nerds Anthony Edwards plays the villain, and given how good he is at playing nice guys, it's pretty novel to see him as a preppy *******. There's also an especially dweeby Crispin Glover, seemingly playing the even lamer brother of his Jimmy "Dead ****" Patrick character. Truth be told, there are probably too many characters, and the movie shuffles through them like throwaway gags on a sitcom, a feeling enhanced by the television background of many of its stars. Why does Todd Bridges invent a robot ready for space travel and then bring it to the prom? Why are the two nerdy girls trying to get a picture of Anthony Edwards' ass (a nice, gender-bending twist on the usual horndog antics in these movies)? Why does Michael J. Fox fake an accident involving Bob Denver's brand new sportscar? These are questions that High School U.S.A. raises without answering with much satisfaction, but the vibes were good enough for me to let it slide.