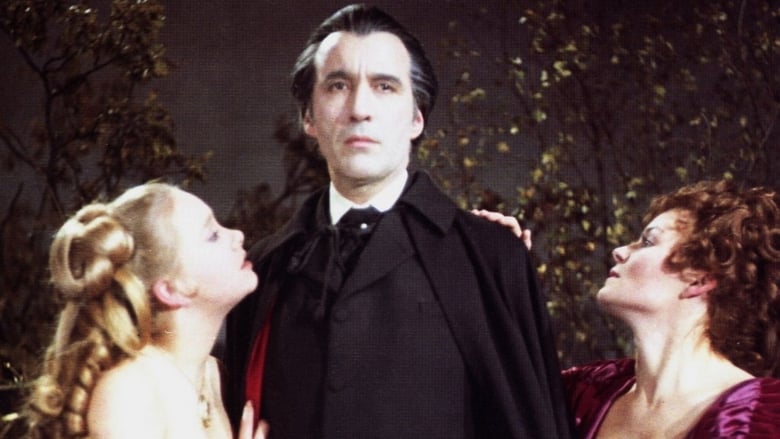 Taste the Blood of Dracula

Drac's back in an entry in Hammer's Dracula series that draws most of its success for feeling like a product of its time. Continuing right where Dracula Has Risen from the Grave left off, three rich old men who can't get no satisfaction join a bored royal's son in a ceremony they believe will give them everlasting life. They're in for something much different, and worse, however. The ceremony brings Dracula back from the dead, who seeks vengeance against the insatiable trio.

The ways the movie sticks it to the rich and powerful both literally and figuratively resonate hard. Whether it's the ceremony, a stomach-churning scene at a brothel or the fact that the trio pretends their little club is a charitable one, it's not too subtle about their class hardly being a boon to British society during the movie's time or when it was made. The most loathsome of the three is easily Hargood, who forbids daughter Alice from seeing Paul, her boyfriend and our hero, and seems content to keep her locked in her room for the rest of her life. This concords with the movie's feminist stance, which I've found to be a trademark of this series so far, but it's particularly noticeable and well done here. The movie is not just devoted to making statements, though: Christopher Lee still proves he was born to play Dracula and his final showdown with Paul and Alice is one of the series' most thrilling finales so far. Besides, the statements make the horror and drama all the more satisfying.

Does this entry deviate from the formula in the previous two? Not a whole lot. Then again, it's not a bad formula, is it? The movie still intrigued and scared me regardless, and again, I like how the movie explores the societal ills of the time. In other words, it comes across like it's ready to embrace its new decade. Oh, and keep your eyes peeled for Roy Kinnear, better known as Veruca Salt's dad, an antiques peddler who as you'll see perhaps should have left well enough alone.
» More about Taste the Blood of Dracula
» More reviews of Taste the Blood of Dracula
» More reviews by Torgo