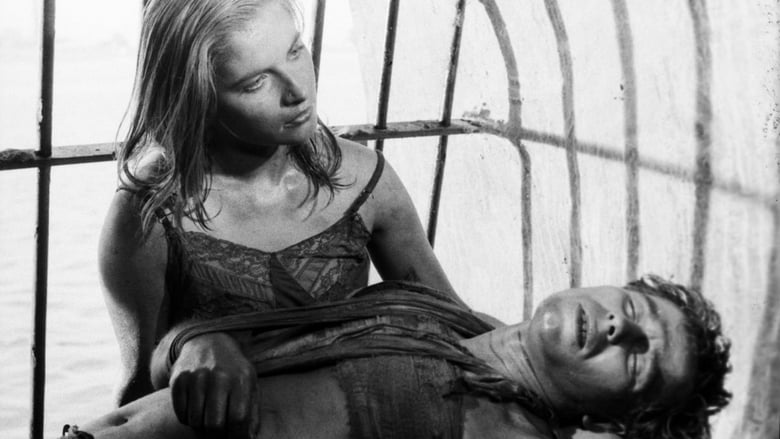 A group of Polish resistance fighters are pinned down by the German army, and decide that they must attempt to escape via the city's sewer system. Once down in the sewers, the relationships between the fighters begin to break down as their commander, a man named Zadra (Wienczyslaw Glinski) tries fruitlessly to keep morale up. Also in the party is a young wounded soldier named Korab (Tadeusz Janczar), with whom the guide, Daisy (Teresa Izewska) is in love.

This film is really, really bleak. I was not prepared for just how rough things were going to get, and if you do check it out, brace yourself. But it was also really well acted, beautifully shot, and incredibly poignant.

As the film goes on, the sewer becomes a kind of hell (and at one point, as the men scramble over each other for fresh air, another man quotes Dante). The men and women are perpetually waist deep in sewage, willing themselves and each other to keep moving forward. With no sense of time or progress, loyalties begin to break down. And as the lack of food or water and the foul fumes of the place make themselves felt, the bodies of the escapees begin to break down as well.

But what's strange is that amidst all of the despair and betrayal, this is also a lovely film. And, yes, that does feel like an odd thing to say about a movie where the main characters are covered in poop for almost the entire runtime.

In particular, the sequences between Korab and Daisy are gorgeous. Yeah, it helps that both actors are incredibly attractive, with Izewska in particular somehow looking particularly luminous even as she slogs through a river of waste. Their scenes benefit tremendously from a very strong chemistry between the two of them--a suppressed vibe of sexual desire made wretched and impossible by their dire situation and the fact that Korab is seriously injured.

I have no criticisms of this one. It was deeply sad, but the sadness is not unearned. It is not misery for the sake of misery, but rather a look at the wretchedness of war.