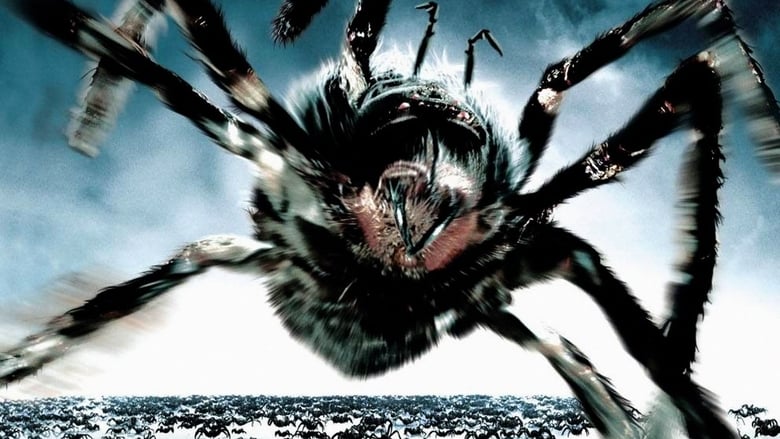 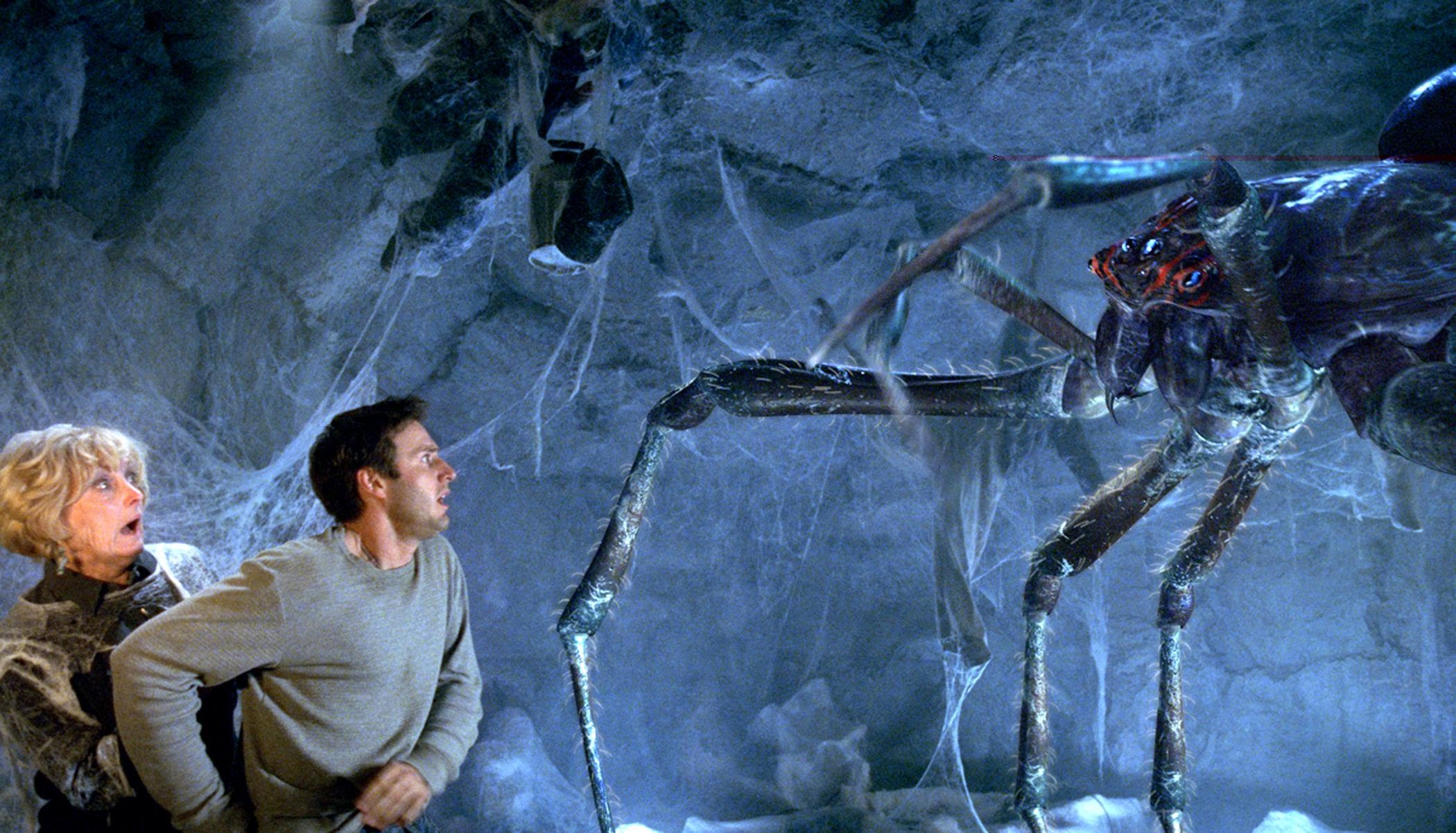 "There's no way you're telling me that thing back there is from Earth!"
"All right! They're spiders from Mars! You happy?"
Giant mutant spiders. Whether they're from Earth or Mars doesn't really make much of a difference to the characters, which find themselves in an unexpected and incredible situation. Somewhat like them, I found myself in an unexpected an incredible situation when I realized that this film was... quite a lot of fun.

Eight Legged Freaks follows a group of people from a small Arizona town as they face mutant spiders that are the result of a toxic waste spill. The main focus of the story is Chris (David Arquette), the son of the former owner of the mine that made the town prosper, and Samantha (Kari Wuhrer), the tough sheriff he used to be in love with.

I have to say that I dismissed this film for a long time based on the awful poster, but when Darren recommended it to me, I thought "you know what? I might be down for that kind of silliness". And this delivered way more fun that I was expecting, not only on the strength of its likable cast, but also for the solid execution.

For the most part, the film doesn't take itself too seriously, and manages to find a good balance between thrills and comedy, which reminded me of stuff like Tremors, Critters, or even Gremlins. The special effects might be cheap, but I guess it kinda works for the kind of film it ends up being.

I was also surprised by how solid Arquette was, considering how much he annoys me in the Scream franchise, but Wuhrer also does a fine job. The cast is rounded out by an excellent Doug E. Doug as the town's conspiracy theorist, as well as Scott Terra and a very young Scarlett Johansson as Samantha's children.

So if you like "cheap" creature films, whether it's from the 50s or 80s, give this one a chance. Like our main characters, these spiders might surprise you.