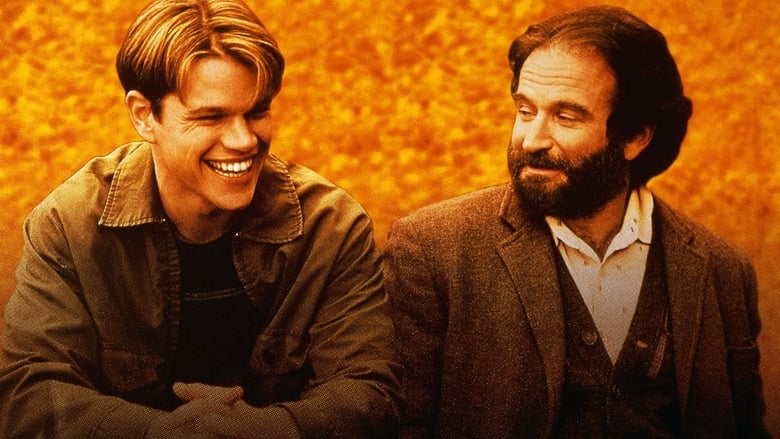 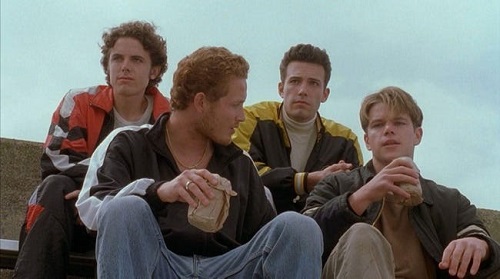 
"Will Hunting, a janitor at M.I.T., has a gift for mathematics, but needs help from a psychologist to find direction in his life."

Good Will Hunting was an OK watch, it made me appreciate Matt Damon a bit more. Previously I'd liked him as an actor but thought he was kinda blasé.

I've said before that I don't care for Robin Williams in movies...though he was a dynamic guest on late night talk shows. As I kinda expected he was able to play a more troubled, straight role with much veracity. Most talented comedians are able to give a damn fine dramatic accounting of themselves when given half a chance to shed the comedy stuff. But when Robin went into his free form improv, his character belief faded momentarily for me. Luckily he didn't do that much and overall he was solid.

I don't like Ben Affleck, I think he's limited in his characterizations...However I did like Casey Affleck here. Casey was by far the finest actor in the film.

I'm impressed that a young Ben Affleck and Matt Damon won a Best Writing Oscar for the script. That's a big feather in their hats. But truth be told it wasn't a well written script as far as I'm concerned. The scenes were packed with too much repetitive dialogue that was suppose to be deep and or clever. This caused the scenes to loose their punch and end up more as a writing exercise than deeply reflective.

What redeemed the movie were the moments when the truth of the subject matter rang out hard with a harsh truth. Especially the scenes were Minnie Driver is being dumped by Will (Matt Damon) who is to afraid to live and to take a risk.