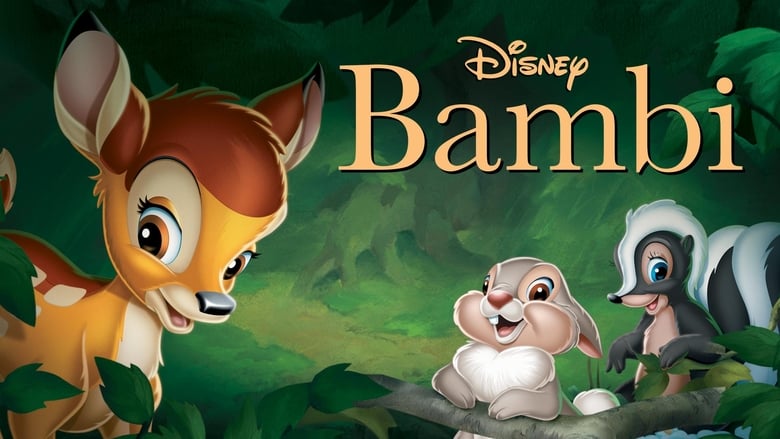 by Gideon58
posted on 7/15/21
in
Bambi
In 1942, Disney studios came up with an instant classic called Bambi, an animated look at the animal kingdom that was absolutely nothing like I imagined. For a film that was clearly aimed at children, this film was rich with a lot of dark and adult themes that one wouldn't expect for a film with its demographic target.

As the film opens, we see all the animals in the forest rushing to get their first glimpse of a newly born fawn, whom they all refer to as "the young prince." The film follows this young prince learning to be part of this special animal kingdom until he is lured into "the meadow", where he is warned of danger from man and eventually finding romance, danger, and his place in the animal kingdom. 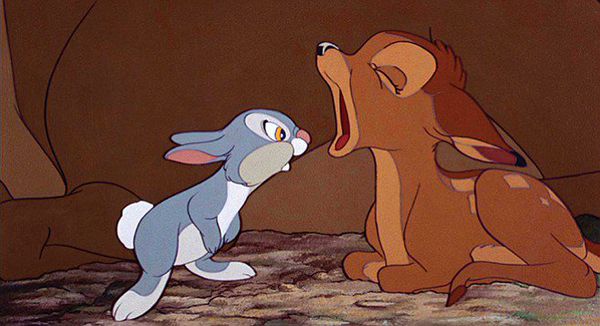 There are several different themes that are explored in this film that I didn't see coming at all. Bambi's introduction to this special animal kingdom had almost a Shakespearean sensibility to it as we get a brief glimpse of Bambi's father and then don't see him again until halfway through the story. Tolerance seems to be the theme of the first third of the film as we watch Bambi openly embrace the other animals of the forest, forming special bonds with a rabbit named Thumper and a skunk that Bambi named Flower. Flower's adulation at the name Bambi gives him is absolutely adorable. I also found it an interesting touch that the first animal encounter that elicits fear from Bambi is with another fawn.

Witnessing the education that Bambi receives from his mother is a little disconcerting as there is a vagueness to it that Bambi doesn't see but the viewer does. I've heard a lot about the death of Bambi's mother over the years, but it is portrayed with discretion and taste. Loved the introduction of romance into the lives of Bambi, Thumper, and Flower who initially resist but appear to be powerless against. Love is portrayed as all-powerful and that the female has said power. Thumper's seduction by a female bunny was particularly hysterical.
There are even hints of chauvinism and domestic abuse that would never go in a politically correct 2021, but probably went unnoticed to children in 1982.

Was very impressed with the way music was such an integral part of telling this very special story. Loved that choral piece that played during Bambi's first rain, which began with the oboe punctuating each raindrop. This animated fairy tale is collaborative tale where every part of constructing it is intricate and important, though I don't think children appreciate the true substance of the piece. A direct to video sequel was produced in 2006.