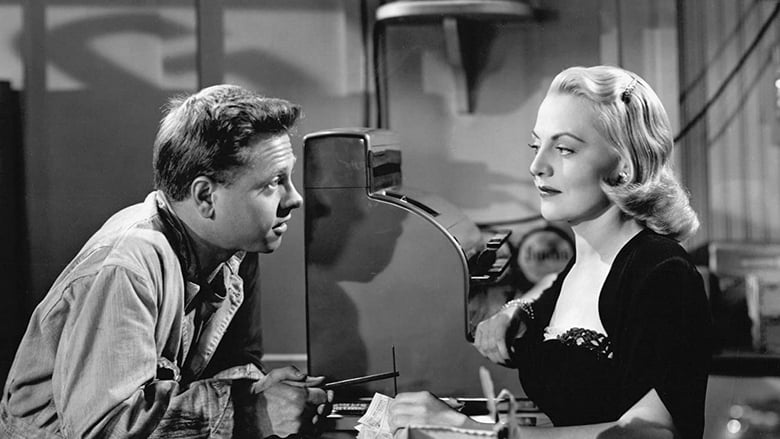 "I feel like I'm bein' shoved into a corner, and if I don't get out soon, it'll be too late. Maybe it's too late already!"
"A kingdom was lost for the want of a nail", or so says a proverb that teaches about the impact that small deeds might have and how something seemingly inoffensive can escalate into unexpected tragedy. That's the kind of situation that has Dan Brady (Mickey Rooney) feeling like he's "bein' shoved into a corner" in this 1950's little film noir.

Quicksand follows Brady, a car mechanic that in his attempt to woo a mysteriously shady woman (Jeanne Cagney) finds himself ensnared in an escalating chain of disreputable and criminal acts. What starts as a seemingly innocent snatch of $20 out of his work's cash register spirals into theft, kidnapping, and maybe even murder.

This film was brought to my attention by Apex Predator and I was immediately intrigued by it. The film is very small scale in terms of goals and stakes, but that works to its advantage. Rooney is solid in the lead role, conveying that certain naive cockiness to the character, while Cagney is pretty good as "femme fatale" Vera. The cast is rounded out by Peter Lorre as the seedy owner of an arcade that has a history with Vera, and with whom Brady clashes in his descent.

Unfortunately, even though the film is relatively short (80 minutes), it does strain its length a bit. As good as Lorre is, his character's role is fairly small and is forgotten during the second half. The film also has a bit of a cliché and awkward last act/epilogue that might've very well been forced by the studio.

Despite those gripes, Quicksand still manages to be a fairly entertaining watch with solid performances and a very effective "noir-ish" atmosphere.