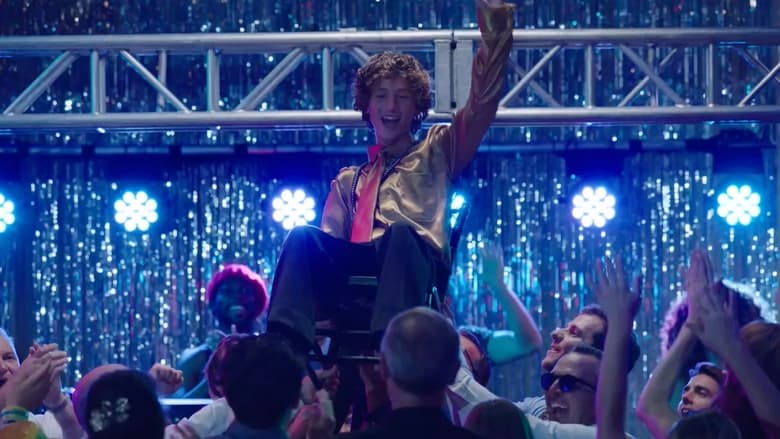 by Gideon58
posted on 4/06/21
in
Donny's Bar Mitzvah
A first time filmmaker named Jonathan Kaufmann actually knocks it out of the park with 2021's Donny's Bar Mitzvah that provides a look at the party following the barmitzvah of a boy named Donny Drucker that is crude, raunchy, outrageous, silly, brave, tasteless and effectively blends brassy senseless slapstick with unbelievable fantasy and breaking of the fourth wall unlike anything I've ever seen. This is a movie that could bore some people, offend some people, but had this reviewer doubled over with laughter. 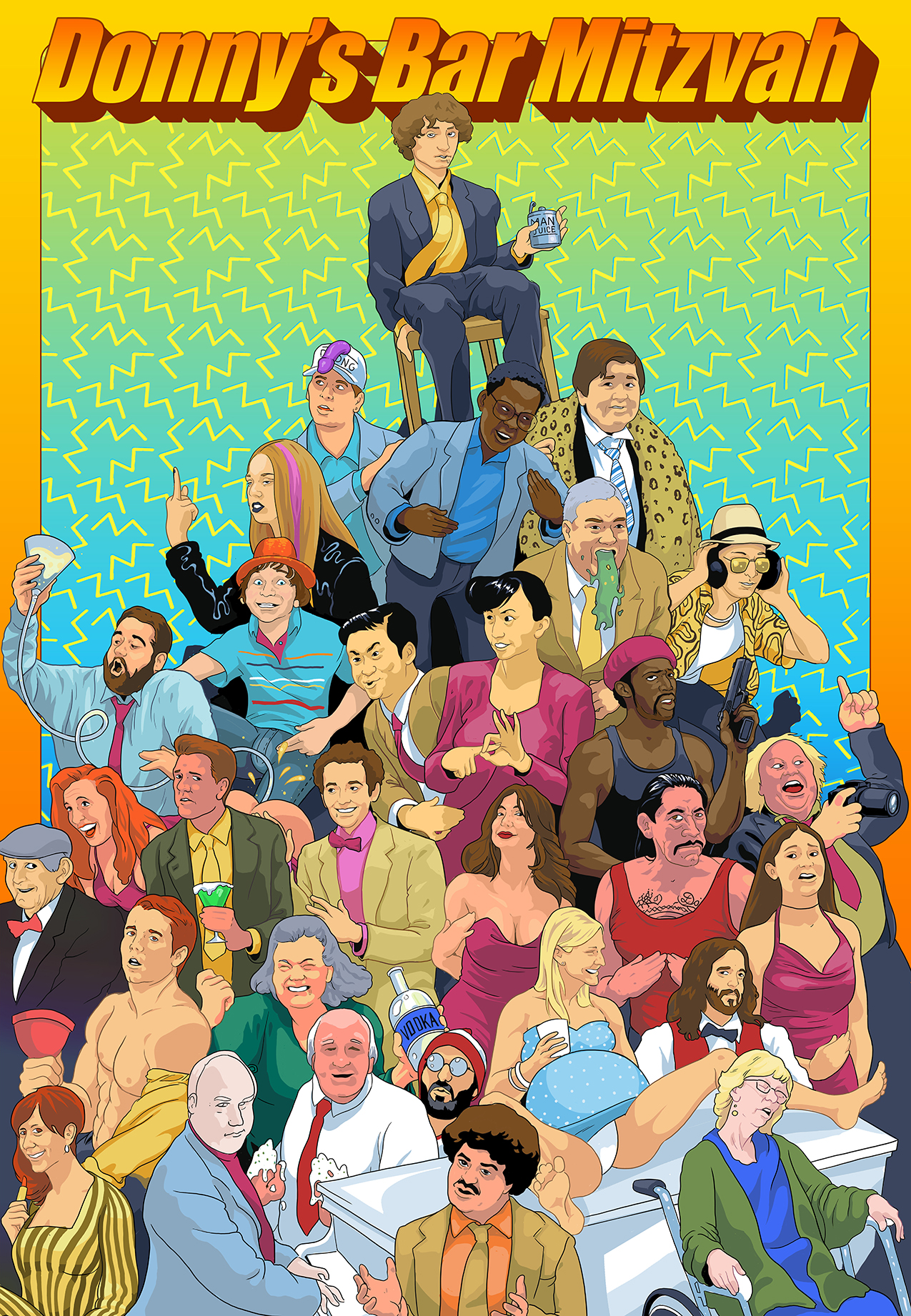 This film opens with an almost reverence as we watch the camera move through a large video library and finally focus on a VHS tape on one of the shelves labeled "Donny's Party". We then hear a bunch of people arguing what's wrong with the tape as they keep trying to put the tape in the VCR and it keeps popping back out. When the tape finally decides to stay in the machine, we learn we are about to witness the party that followed the Bar Mitzvah of a 13 year old named Donny Drucker that took place in 1998. Though I have utilized the phrase in my review of other films, this film absolutely throws out all of the rules of filmmaking, providing an up close and personal look at an obnoxious family and their equally obnoxious friends, utilizing the dawning of Donny Drucker's manhood as an excuse to drink shamelessly, get a breather from their own relationships, chase after people they've always lusted after, and even come out of the closet. Not sure where to start here...among the several mini-dramas that unfold during the course of this film, we have Donny's sister Michelle in denial about the fact that her boyfriend David is gay, Donny's old brother Bobby who meets an attractive older woman at the party, has sex with her and fifteen minutes later she's pregnant, an uptight Asian couple who have completely different reactions to the going-on, a memorable game of "Never Have I Ever", a messed up delivery of souvenir hats, and an undercover agent (a hilarious cameo by Danny Trejo), who has been sent to the party to snuff out a party pooper.

There are lots of films that will pass through the viewers' mind as they watch this, but this film is not a direct rip-off of anything, but has an unabashed shock value that is something akin to the Borat films and is really not concerned with the viewer catching everything. It's impossible to keep track of the dozens of central characters and their relationship to the Druckers, and the action often moves outside the realm of an actual VHS tape, but we're so busy laughing that we don't care about any of that. Kaufmann clearly had a limited budget here but he makes the most of it. Loved Wendy Braun and Reagan Burns as Donny's parents, John de Luca as Bobby, and Connor Del Rio as Mike the Valet. Obviously, Jewish people might find a lot of what's going on here quite offensive, but I thought it was very funny and was totally on target with the underlying theme that the Bar Mitzvah is not about the kid at all, but how his parents can impress by throwing money at a pointless party. There are some genuine flashes of brilliance in this rookie effort from a new filmmaker.
ģ More about Donny's Bar Mitzvah
ģ More reviews of Donny's Bar Mitzvah
ģ More reviews by Gideon58