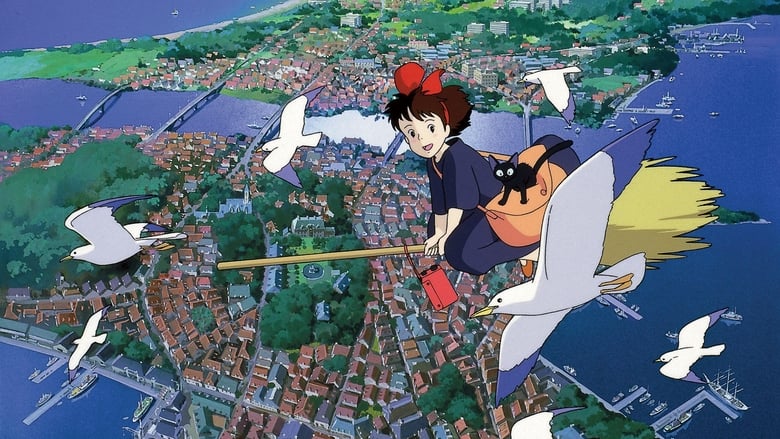 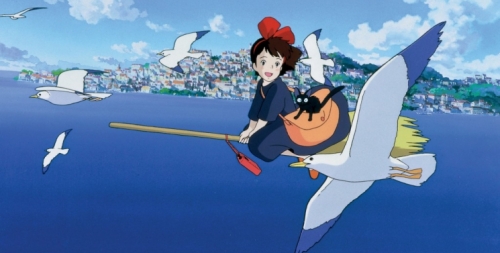 
"A young witch, on her mandatory year of independent life, finds fitting into a new community difficult while she supports herself by running an air courier service."


My third Miyazaki and I liked it! I found the style of story telling refreshingly un-adversarial when compared to a typical Disney animation story. I appreciated that the film focuses more on the personal tale of a 13 year old girl as she tries to make her way in a new city, as a young witch. Had this been a Disney film her journey would've been fraught with dangerous perils as she overcame huge obstacles, fighting for her life, to finally triumph in the end. But what I loved about this was that Kiki's obstacles were of a smaller nature and the type she might have actually encountered in her delivery business.

I liked the way the story handles the cat being left with a dullard boy and a big dog, in lieu of the stuff cat toy which was lost in the woods. I really expected to see the poor cat tormented mercilessly by the boy and the big dog, an American film would've done just that..and that would've made me cringe. But here that scene reinforces the gentle, nurturing message of the film...The boy might be a brat but he doesn't hurt the cat and the old dog is so sweet that once he discovers the cat toy is real, he curls up next to it and protects it. Loved that scene and I loved how the people Kiki meets cares enough to help her.

I watched this in English dub and I'm glad I did (let's face it ALL animation is d. I knew the cat's voice was very familiar and I had thought it sounded like Phil Hartman but I was surprised to see during the end credits, that I was right. Though I had no clue that Kiki was voiced by Kirsten Dunst and one of the old ladies was by Debbie Reynolds.