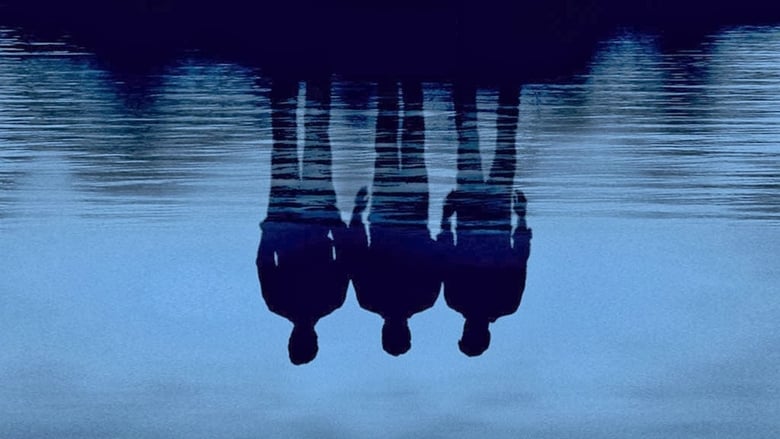 Three neighborhood kids have their lives intertwined by a series of bad things that happen both when in their childhood and adulthood.

This is actually pretty dark and grim stuff. From storytelling point of view, the layers in the movie are very impressive. A pretty frightening child abduction happens at the beginning of the movie. Focus of the movie is not on individuals but rather personalities and characters. From the get go you notice that the kids have different personalities. All of them could have been abducted but the one who was abducted has certain character traits along with bad fate that made him ideal for abduction.

This concept keeps coming back again and again in the rest of the movie. The focus of the movie is not on things that happen but on circumstances that lead to them and the reaction to the things that happen. The two extremes are played by tim robbins and sean penn. First one is the timid weak type and the second one is the strong type. These are really the characters that make this movie. The middle one who is strong but operates with in societal rules is more of a supporting player.

Major portion of the movie involves the murder investigation of a teenager. The movie shows the stark contrast in the way different people react to a bad thing. Sean penn, an ex-convict is the father of the teenager and he still operates outside the law. So, he wants justice and he wants to give it himself. So he starts a parallel investigation through the neighborhood. The boston neighborhood in the movie is a character of its own. It's a very closed circle that is hostile to outsiders. So this narrows down the suspects to the people who live there.

At the same time tim robbins, now a troubled blue collar worker is involved in an accident the same night of the murder. Him and sean penn are related via their wives. But what you start noticing is, blood relation or societal rules or humanity is no match for personality/character traits. A weak person is a weak person no matter how much the society tries to even the level playing field. Even the family of a weak person could be weak, at least the woman who chooses him is in this movie. The movie kind of shows the fate of tim robbins as something inevitable and there is nothing he can do about it. That's the grim aspect of the movie. He was abducted because he showed signs of weakness as a child that made him ideal victim. Later on he lived with that and he married a weak woman.

Marriages rely on mutual trust. It is on man and woman to build that trust. But since tim robbins is weak, he doesn't have that in his family and that leads to his wife making a bad decision that ultimately leads to his demise.

Now, the heart of the movie is a father's love for his daughter. This emotion eclipses other themes in the movie because it's pure and it doesn't really discriminate the audience. Among oscar voters who saw the movie some might feel discriminated because of the character judgements the movie is making but the father daughter relationship kind of makes them either forget or forgive the more offensive things in the movie. Sean Penn won lot of awards for the movie. But I think its a combination of a lot of things that ultimately lead to his win. One thing is certain. Especially in the past 2 decades and that is, you can usually guess an oscar winning role from the nominations even before the oscar night. Roles usually are "successful roles" and most importantly are not loser roles not from character point of view but from how the film is received point of view. Lead roles that win usually are in movies with varying degree of success but always commercially successful movies. Even in 2018 when christian bale won critics awards for vice I knew he is never gonna win oscar because when you have rami malek, a non-white actor playing freddie mercury, a troubled but genius artist who felt discriminated his entire life in a movie that audience accepted by making it a billion dollar hit, no matter what christian bale has done, even if he died like heath ledger playing the role, he would have never won. Hollywood is cruel. They don't care. Maybe it's freddie mercury's popularity that made it a billion dollar hit but nonetheless something happens beyond comprehension of hollywood when a movie makes so much money that they bow down to audience decision and give him an oscar. Rami malek's oscar win is watched by 10's of millions of people on youtube who never would have watched an awards acceptance speech or even heard of oscars before. So the world is too big for even hollywood. So when a movie makes so much money they just bow down and give it all the awards especially when the actor is unknown and unconventional.

So the movie is a box office hit and sean penn is its lead. Majority of the movie, his character is mourning the loss of his daughter. The movie shows how a tough man cries. It shows how strong men in society are not from another planet but they have same emotions as others. It's just that they also have capacity to take actions without blinking an eye. Funny thing at the oscars is, sean penn's character is kind of a badass. Even though he kills the wrong guy to avenge the death of his daughter and plays god and still escapes punishment for his crime. He operates outside the law. He is a real life gangster. But even with all this character traits, he won an oscar and he got a huge standing ovation. Whereas when Tim robbins, who is the do gooder of the movie, the nice guy of the story won the oscar he didn't get a standing ovation . Even the story makes sean penn the lead whereas tim robbins is the supporting. From an investigation point of view as well, Sean Penn does bad investigation motivated by emotion whereas kevin bacon does good investigation. But that's not appealing to oscar voters. What's appealing is the raw emotion. Raw emotion of a father is much more compelling than the calm collected rational emotion of a detective. In real life detective is on the right but when you are an actor picking a role or offered a role then the father's role is better from acting point of view. All this is pretty weird. But it is kinda interesting to see academy voters giving a standing ovation to sean penn for his career when he is winning for a role that is morally questionable but also anti-heroically cool. Usually this kind of win for a badass role happens to actors that are not "movie stars". They are just popular people that happens to be great actors but are never "movie star" material. Hannibal lecter or gladiator or raging bull etc. comes to mind.

Overall, there is certain injustice in the movie that reflects reality in a way. The weird thing is audience kinda agrees with that and accepts that fact. But next to gladiator, godfather, raging bull and silence of the lambs, this movie has one of the best leading roles to have won a lead actor oscar for. Because there is certain posterity and timelessness and badassness to winning a lead actor oscar for a role like this. Winning for biopics/fictional movies for non-aggressive characters really doesn't live on for generations. Prime example is, the guy who won for harry and tonto in 1970s. Academy gave him his oscar because he was overdue, but no one remembers or cares. Even jamie foxx winning for ray is something no one gives crap about. But winning for a role like this or godfather is kinda cool because 100 years from now if someone looks up to see who won that year and goes on to watch the movie without any preconceived notions about sean penn or anyone who made the movie is, just from story point of view his role is badass and more people will agree with his win than not. That will make it endure for generations.
» More about Mystic River
» More reviews of Mystic River
» More reviews by aronisred