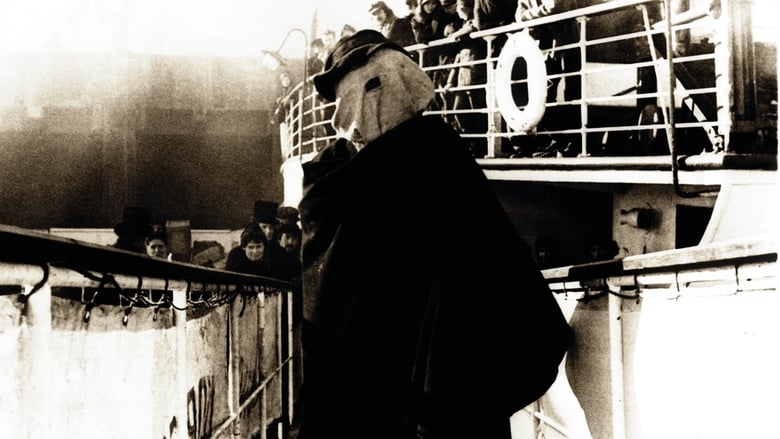 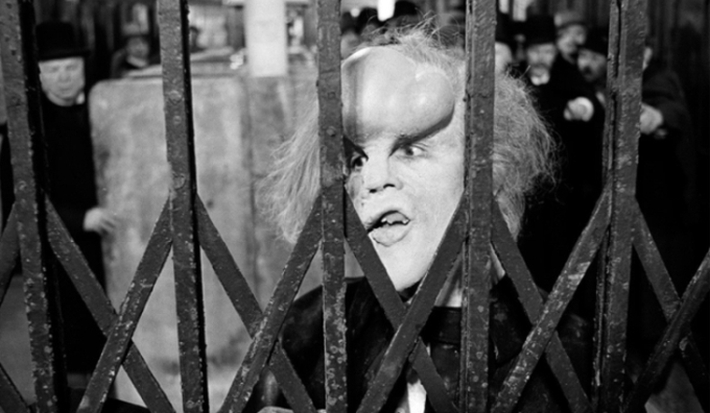 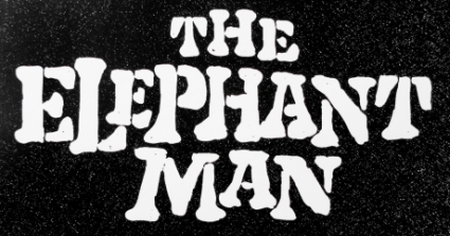 
Even as a kid, the highlight of fairs and carnivals was never the rides, but the freak-show side attractions. Fork over a few dollars, step into a tent or behind a curtain, gawk at the bearded lady or "the world's smallest woman." Walk past shelves of deformed creatures floating in formaldehyde. Get a glimpse of a two-headed snake or a cow with an appendage protruding from its neck. I used to overhear strangers make remarks like "depressing" and "disturbing;" meanwhile, I'm standing there mesmerized by an alien fetus. When I last attended the local fair a few years ago, I was disappointed but not surprised by the absence of such taboo attractions. Their popularity peaked over a century ago. The majority of "freaks" at the fairs and carnivals I've attended have been animals, not humans. It seems that variation has been phased out as well in recent years. Modern-day freaks tend to be "self-made" through body modifications, while the outdated display of disabilities and deformities has migrated from fairgrounds to reality television, particularly those found on TLC that document the lives of dwarfs, the morbidly obese and individuals suffering from large tumors or other unusual ailments.

Recently I declined my friend's invitation to a New Year's Eve party despite the tantalizing promise of single ladies and a hot tub. I pretended that I was being extra cautious about COVID but a mystery rash that had spread across my arms and torso was the real reason. I was simply too self-conscious of those ugly red splotches; too embarrassed that one of the women might wrinkle their nose at me in disgust. Imagine being John Merrick, The Elephant Man, and having every woman you encounter shriek or sob at the sight of you. As Carr Gomm says in the film, "No one could possibly imagine it. I don't believe any of us can." We stare disapprovingly at our own reflections and some pay thousands for plastic surgery to fix those minor imperfections. Again: imagine being The Elephant Man, or The Lobster Boy, or The Human Torso, or any other famous freak throughout history. Imagine having a deformity so severe that it's impossible to live a normal life, work a normal job, sleep in a normal manner. 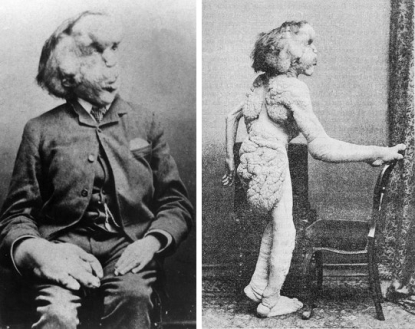 (The real Joseph Merrick, in all his handsome glory.)

That mystery rash of mine eventually disappeared, but for a few distressing days I was like, "This is it! These splotches are gonna spread all over my body! I'm gonna be Rash Man for the rest of my life!" Just because I wasn't born with a disability or deformity does not mean that I'll escape life unscathed. Fate could screw me over at any time via a disfiguring car crash or some other unfortunate accident. Perhaps most likely, my own body could betray me. My grandmother had part of her jaw removed due to cancer, and for the last 2-3 years of her life refused to do her own shopping because people -- children, especially -- would stare or recoil in disgust. Such a fate could await any of us. That's partly why I find The Elephant Man so empowering. If massive tumors spring forth from my flesh tonight as I sleep, will I hide from the world? If a bear claws me across the face while I'm hiking with my dog, will I possess the fortitude to withstand the naked revulsion from passersby? I'm almost positive the answer is no. Hell, I let a simple rash cock-block me a few weeks ago! I possess none of Merrick's courage or strength.

Like David Lynch, I've always been attracted to anything unusual. I find beauty in the grotesque. I also admire those who invite the judgmental stares of others by unabashedly waving their freak flags in public. I wish I could be more like those people, but due to strong social anxiety, I curtail my weirdness since it only leads to more attention and more anxiety. That likely explains my fascination with freak shows and why I don't consider them degrading, but inspiring. Clearly some freaks were mistreated, and The Elephant Man explores that dark underbelly of the business through its portrayal of Mr. Bytes, who repeatedly refers to John Merrick as a personal possession and treats him like a subhuman creature. Most freaks, however, including the real-life Joseph Merrick, chose to exhibit themselves and made quite a bit of money from it. (Admittedly, it's not like many of them had a long list of viable career alternatives. I read that Merrick at one point tried to make a living as a door-to-door salesman. If true, that's one TLC reality show I'd watch in a heartbeat.) While displaying deformities and disabilities for profit is obviously exploitative to some degree, I see it as a paean to uniqueness. If others find such exhibits disturbing or demeaning, that's on them. Freaks will always be subjected to long gazes from the public. Forcing that same prying public to pay a fee in order to indulge their curiosity is, in my opinion, a way of transferring power to those deemed less fortunate. We should celebrate abnormality in all forms instead of treating it as an object of shame or derision.

Interestingly, Lynch employs sideshow tactics of his own, hiding Merrick behind disguises and curtains, consistently keeping him out of frame and whetting our curiosity through shadowed, silhouetted glimpses. The camera's focus on the extreme reactions to Merrick's appearance adds to the sensationalistic approach, along with the dehumanizing references to "it" instead of "him." We expect a monster because the film has built him up as a wheezing, unintelligible monstrosity. Finally, over thirty minutes into the film, "the terrible Elephant Man" is shown in plain sight . . . and he's just a shy, kind, gentle soul with a remarkably strange appearance. Expectations subverted. Our judgmental nature has been revealed. Point made, Mr. Lynch. The movie's primary theme could be boiled down to the old adage, "Don't judge a book by its cover," but that's nauseatingly cliché. Thankfully, the script provides us with a poignant metaphor: the St. Philips cathedral, obscured but for a solitary spire by a brick wall outside Merrick's window -- and which Merrick, both in the film and in real life, built an impressive model of by relying on his imagination -- symbolizing the beautiful soul obscured beneath the disfigured body.

If not for The Straight Story, The Elephant Man would be David Lynch's most conventional film. We're treated to a few Lynchian flourishes -- the industrial nightmares and the bookends, in particular, feel like leftovers from Eraserhead -- but this is a surprisingly accessible film from a director synonymous with weirdness. In lesser hands, this story might've come across as mawkish Oscar bait, instead of a powerful melodrama brimming with humanity. The stark black-and-white cinematography is wonderfully evocative of the Victorian setting, and the soundscape adds a ton of atmosphere. Exterior shots are often fraught with peril -- howling winds, thunderstorms, looming smokestacks, threatening machinery -- since that's when Merrick is most vulnerable, while interior shots typically reflect a sense of security. The opening score -- a carnival-inspired theme with ominous undertones -- perfectly sets the mood. The make-up and prosthetics, designed from original casts of the real-life Elephant Man and requiring 6-8 hours to apply each day, were so exceptional that they led to the creation of an annual category at the Academy Awards to reward make-up artists for their outstanding contributions. John Hurt gives an all-time great performance, ensuring that viewers see the man and not the prosthetics. We easily fall in love with the character and after a certain point barely even notice the tumors and warty growths.

If I have a nitpick with the film, it's the surface-level moral conflict that Treves wrestles with when questioning if he's turned Merrick into a sideshow attraction all over again. "Am I a good man or a bad man?" he wonders aloud. "Who is it all for? Why did I do it?" It's an interesting question, but the film only pays it brief lip service, soon re-introducing the villainous Mr. Bytes to whom Dr. Treves has compared himself, exposing the two-dimensional simplicity of the internal conflict. There's never any indication in the film that Merrick is uncomfortable with the frequent visits from strangers. If anything, those human interactions are healthy to his mental well-being. (Although I love the subtle detail of the wealthy couple's cups trembling in their hands as Merrick pours them tea. "If you have a chill I could close the window.") The script was partly adapted from the journals of the real-life Dr. Treves, so naturally he comes across as a kind-hearted, compassionate saint. Despite the source material, the film is full of historical inaccuracies. (It doesn't even get Merrick's first name correct!) That's par for the course with almost every based-on-a-true-story screenplay. Inaccuracies don't bother me in other films and they don't bother me here. However, the knowledge that Joseph Merrick existed in real life and bore the same physical afflictions certainly adds an extra level of poignancy to an already emotionally affecting film. John Hurt has said, "“If you manage to get to the end of The Elephant Man without being moved, I don’t think you’re someone I would want to know.” I wouldn't go quite that far, but it is difficult for me to imagine any but the most cold-hearted, cynical viewers not responding to such a deeply humane film.

A few choices come to mind. The Romeo & Juliet scene is extremely touching. When the night porter brings paying customers from the bar to Merrick's room and they dance and mock and pour alcohol on him, the score mutating into an increasingly deranged carnival theme as the carousel of humiliation goes round-and-round, is an excellent, highly memorable scene -- albeit a distressing one. My favorite scene, however, and the one which provokes a strange watery sensation for my eyeballs, is when Merrick is invited to the Treves house to meet and have tea with Mrs. Treves. It's the first moment that we witness Merrick experience a true moment of normalcy and down-to-earth kindness. The script lays it on thick when Merrick shows Mr. and Mrs. Treves a picture of his mother and he wonders aloud if she could love him as he is, yet I get emotional almost every time despite my usual resistance to such heavy sentimentality.

"People are frightened by what they don't understand."

“Mr. Treves, don’t worry about me, my friend. I am happy every hour of the day. My life is full, because I know that I am loved. I’ve gained myself.” 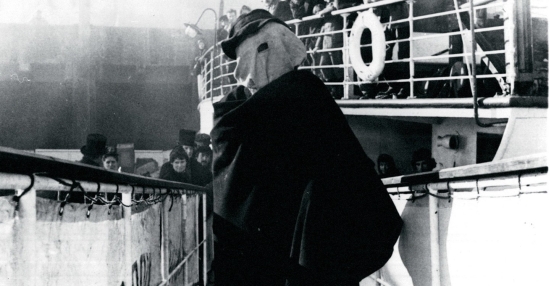 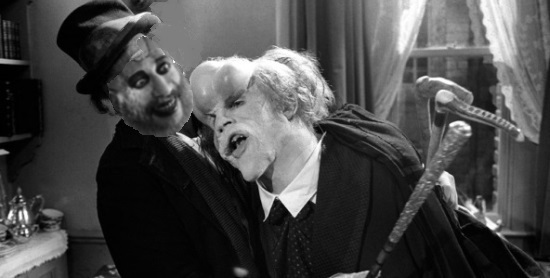