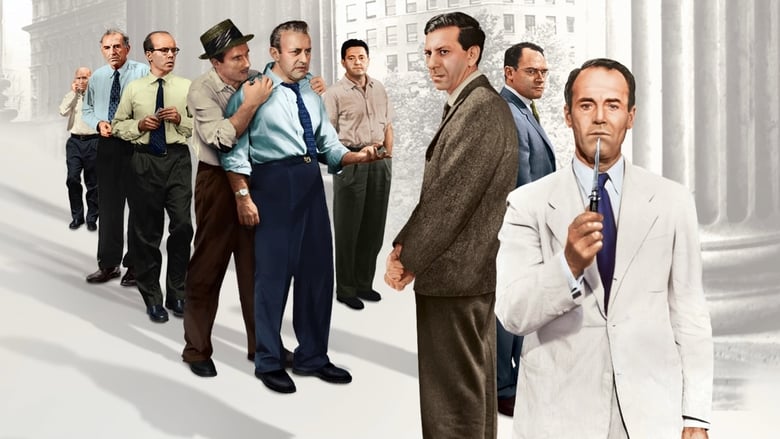 The other jurors want Juror #3 to convince them...

I'm trying to think back to when I first watched the film and how I may have reacted. I was a teenager, but that would have been the early '70s. It was probably my introduction to how a jury might work, especially one where almost everybody sees the case as cut-and-dried. Of course, I understood it was a melodrama where everyone slightly exaggerates their words and acting for dramatic effect. It's still filmed "realistically", so it gets to have it both ways as a realistic drama and a highly-theatrical experience.

The real key to 12 Angry Men's success is Reginald Rose's tightly-wound script, which provides all the jurors [who seem to be heading, shall we say, due west] with flaws and personalities and then as it slowly reveals all of the people we've never seen in the film (those mentioned or testifying during the trial), the semblance of doubt begins to take root in more than just one juror's mind. The path seems to shift ever so subtly until near the end, the jury appears to be heading due west. It's all left to the viewer to decide how they would vote and how they may change their opinion based on the pieces of evidence being examined throughout the film. As far as I'm concerned, the strongest scene in the film the first time I watched it remains the most memorable one to me still: the scene where Juror #8 produces the knife. Besides being the centerpiece of the script, it's also Sidney Lumet's best-directed scene.
» More about 12 Angry Men
» More reviews of 12 Angry Men
» More reviews by mark f