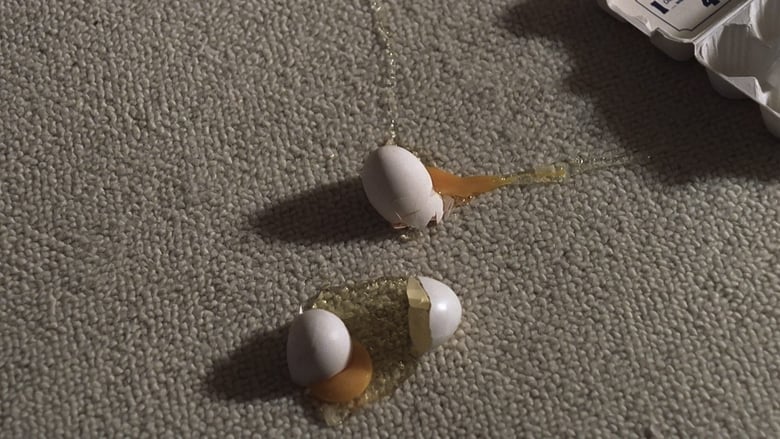 
Rarely have I felt as conflicted about a film as I do with the purposefully provocative Funny Games. The two tormenters, with their pristine country-club attire, are easily detestable, weaselly little sh*ts. One is rail-thin with noodle-like limbs, the other tubby and clumsy, yet their lack of physical intimidation only makes their cruelty all the more enraging, as it seemingly wouldn't take much of a slip-up for the victimized family to gain the upper hand (magical remotes be damned). Throughout the film Haneke toys with audience expectations, dangling false hopes (for example, the foreshadowed knife in the dinghy) and possible escapes, only to snatch them away at the last second. There's an unwritten rule in cinema that you don't harm animals or children. F**k that, says Haneke. I admire the audience manipulation, and I admire the film's craft. The acting is great -- Susanne Lothar's grueling performance, in particular -- and the camerawork, passively distanced with repeated long takes, accentuates the helplessness of the situation. Haneke never sought to make a horror-thriller (judging by interviews, he seems to think such genre fare is beneath him), instead envisioning Funny Games as satire in the form of imitation. The film is all about our complicity in on-screen violence. Haneke's target: moviegoers like myself who eagerly anticipate the next grisly decapitation in a film like Friday the 13th. Haneke aims to hold up a condemning mirror to our bloodlust, but in the end his overly didactic approach and trollish interference sabotage any potential self-reflection from consumers of violent entertainment.

"Why don't you just kill us?" asks the father, to which his tormenter responds: "Don't forget the entertainment value. We'd all be deprived of our pleasure." That meta line is obviously directed at viewers, but at least it works within the context of the film, unlike the majority of Haneke's finger-wagging commentary. "The film is for those who deserve it," Haneke has remarked in interviews, implying that anyone who watches until the end must be a sadist who finds entertainment in the suffering of others. Haneke's contemptuous attitude toward his audience somewhat sours me on the film, as his repeated breaking of the fourth wall eventually comes across like a stern lecture from an out-of-touch parent decrying the moral erosion of modern media. Another negative consequence of the obnoxious fourth-wall breaking is summarized in the following excerpt from Bilge Ebiri's excellent film essay on the Criterion website: “If we eventually see them [the family] only as objects, or as pawns, then Haneke will simply have achieved the very thing he’s trying to demolish—a movie that denies the complexity and value of human life.” No matter how realistic the performances or the painstaking attention to detail, it's impossible for me not to view the tortured family as pawns in the funny games Haneke plays with his audience, diluting both the movie's message and its horrific nature.