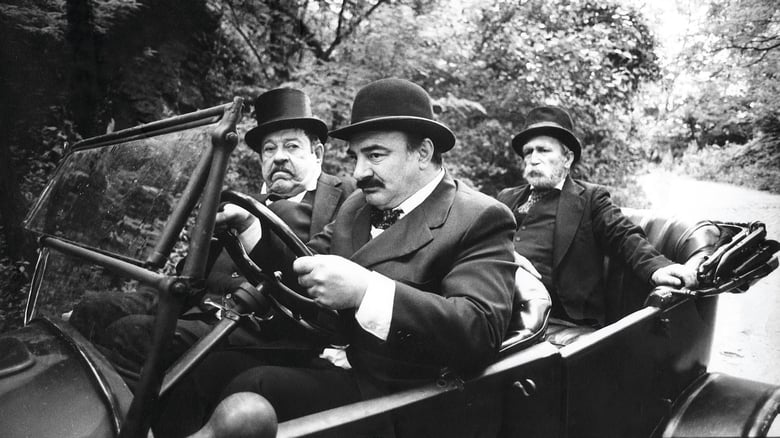 by Tramuzgan
posted on 10/11/20
in
The Marathon Family
a.k.a. Maratonci trče počasni krug
Earlier this year I posted a list of top 10 ex-Yugoslavian films, a project which I've been devoted to since 2019. While I could've done better, I still believe it to be the best list on the internet regarding that topic, but it's not like that's an accomplishment; take a look at the one on Taste of Cinema, for example. It's embarrassing. No self-respecting country would ever try to pass of Otac na Službenom Putu as its greatest film.
This lead to a particularly disheartening moment when I posted the list, and half the comments I got were complaints that it didn't contain Tko to tamo peva and Maratonci. And I'm like, dude, that's like making a top 10 American films list and putting in Endgame. These two are mediocre and overrated, and for this review I have picked the second one, purely because it is the worse of the two.

To get the few positives out first: I like the topics it chooses to satirize. It is about the moral degeneration of society, shown through 5 generations of men trying to inherit Pantelija's business, and each is plagued with a certain vice, whether it's greed, disrespect for tradition, or in the youngest one's case, the dream of becoming a movie star. It takes place in the 1930's, and it giver particular attention to films using sex to sell tickets, essentially turning actresses into prostitutes, using ''art'' as an excuse.
I like all that in theory. The execution is laughable, but I'll get to that. The only thing that came out good in execution is the muted colour scheme.

I like to think that by satirizing the film industry passing of degeneracy as art, the director was showing displeasure with the black wave and the reputation it earned. I agree with him there, but his criticism kind of falls flat when you realize he hasn't gotten rid of the main characteristic that made the black wave unwatchable: bitchiness. The entire film has an underlying tone of passive-aggressive whining, and that's the last thing your satire needs. Dr. Strangelove, Idiocracy, Team America, or to stay within Yugoslavia, Ciguli Miguli, were all good because they didn't take their subject matter too seriously. They understood it, but they used that understanding to crack funny jokes. Jokes of the ''it's funny because it's true'' variety, which can function as commentary whilst making us laugh. ''Our source was the New York Times''. ''You're gonna have to answer to the Coca Cola company''. ''You talk like a flag, and your shift's all retarded''. ''As celebrities, it's our job to read the newspaper, and say what we've read on television like it's our own opinion''. ''When Ciguli Miguli became a monument''. Maratonci has no such line. In fact, it didn't make me laugh once. Have you ever seen anyone crack a funny joke while butthurt? It's impossible.
Bad additude and weak comedic timing aside, the jokes also suffer from some truly weak punchlines. Have you ever seen that bit from Duckman with the PC comedian Iggy Catalpa? That's the kind of humour you should expect from Maratonci. Boring, toothless, and anemic to the max.

''Anemic'' is a good way to describe it. Not just the humour, but everything. The character writing goes in with the right intentions, but fails to flesh them out beyond the most superficial characteristics. That even goes for the youngest one, who is supposed to be the main character. It might be a result of spreading itself too thin - it tries to pack in a Godfather's worth of relationships, business, and drama into 90 minutes - but whatever the cause may be, all you need to know is this: when I saw Ciguli Miguli, I was left with some perspective on cultural inferiority, a new expression for my idiolect, and a positive mood. When I saw Maratonci, I was left with nothing.