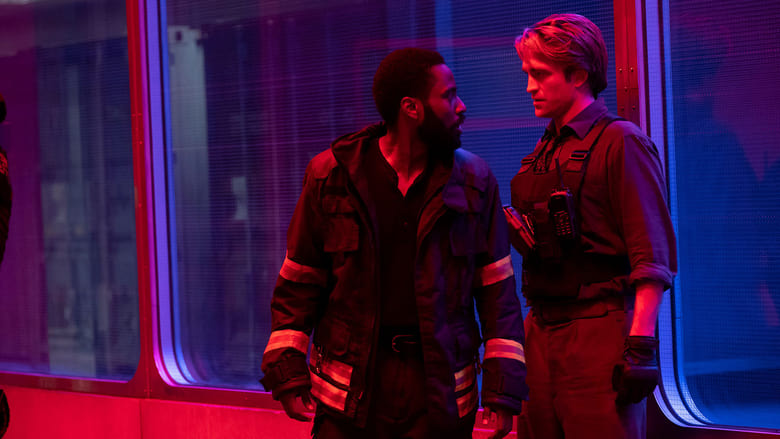 by shlomi
posted on 9/27/20
in
What makes Christopher Nolan's films so successful in my eyes, is that he manage to create the feeling that there are ideas on stake, and the forces that clash in the war over the ideas find expression in every bit of the plot in inseparable way.

this film fails to give that feeling. Nolan has always loved to take crazy concepts and dress them up in well-known genres, thus turning the familiar elements on their side. Memento tells the most clichéd story of them all; a man tries to avenge his wife's tragic death. It works not only because of the general concept of a story told from end to beginning, but because of the technique; The elements of the plot feel like something that comes naturally from the assumptions of the initial premise. The elements are familiar - but you experience them in a different way.

In this movie, the familiar elements remain quite familiar. The situations and the sequence of events do not feel like the natural conclusion of an idea. its just like a regular movie, with elements as you expect them exactly, and which occasionally also reverses some scenes. there is no idea laid on the line, no emotional depth. it's like someone who is'nt nolan tried to make a nolan movie without the nolan technique.

Dunkirk was also ideologically and emotionally poor. But it was more successful because it moved away from the genre's generic conventions, and mostly because it felt like it had reached its full potential. It's perhaps the only war movie ever where you wont hear "Tell my mom I love her" or "Give my dad this necklace ...".

so the problam with tenet was more that it's flat story and characters. I mean, what was the **** was that **** about marriage-drama-abuse? Something I never thought I would see in a Nolan film because he always showed that he has an understanding of what works and what does not, and what elements to stay away from. The feeling is that a storyteller like Chris could have create a much more successful and much more worthy story.

make no mistake, tenet is still a pretty fun and engaging film. And if it came out of the hands of another director, I might have said it's a great movie. Whenever the film ceases to be a fairly ordinary and generic spy thriller and goes in and does reverses, it becomes breathtaking. The action here is amazing. The problem is that it happens too little, and feels like a plugin put in on the side of the plot rather than its essence. this is the first time I'm watching a Nolan movie where I feel like I'm not entering new territory, even though the overall concept should be enough.