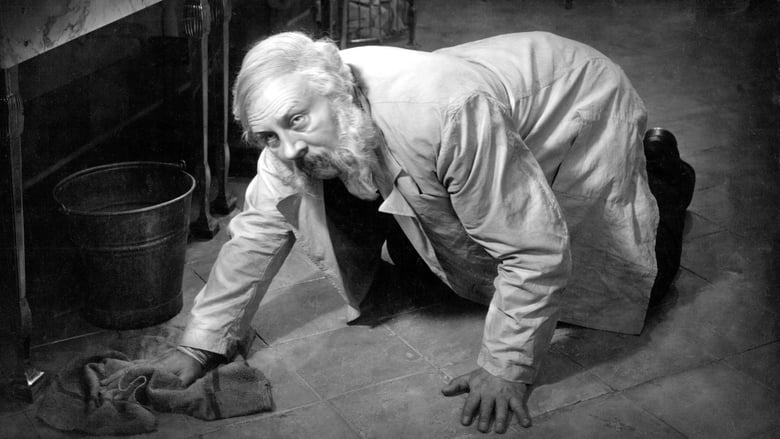 
My fourth Murnau (Sunrise: A Song of Two Humans; Nosferatu; Faust) and the first I've rated less than 4.5 stars. Like the others, The Last Laugh is a cinematic showcase of technical wizardry and innovative camerawork. Murnau seemed to consistently strive for (and often achieve) artistic heights that pushed the medium toward the future, illustrating the boundless potential of movie making. He was a magician with a camera, making many other silent filmmakers look like cavemen by comparison. The Last Laugh is notable for its lack of title cards. Dialogue and exposition are merely crutches. Kick them aside; allow the visuals to stand on their own. The story here is shown, not told, yet there's never any confusion about what's transpiring externally or internally with our put-upon protagonist. Through visual techniques alone, Murnau brilliantly conveys the mounting shame and psychological devastation that the doorman suffers after being stripped of his uniform and transferred to a separate job within the hotel. Buildings appear to grow and loom. Leering faces multiply and mock like a kaleidoscope of scorn. We feel the recoil of shame through the quick cut of the camera. Emil Jannings, sporting some of the mightiest whiskers to ever grace the screen, gives a performance as large as his waist. His exaggerated mannerisms and facial expressions make every emotion obvious, but his heavy lifting isn't necessary when the camera is already emoting alongside him. I hated the contrived ending, but I've softened my stance after learning that it was forced on Murnau by the studio.

Formally, The Last Laugh is just as much a masterpiece as Sunrise or Faust, but the story didn't connect with me at all. Unlike other Murnau films I've seen, The Last Laugh is devoid of sensationalism. No vampires. No attempted murder. No pacts with the devil. Just a portly old man losing face with family and friends due to a job transfer. We see at the beginning of the movie that Jannings's unnamed character is no longer able to perform his duties as doorman at an acceptable level. His new job as bathroom attendant is less physically demanding and the salary is higher. Breathing ass gas all day might not be the most glorious way to earn a living, but hotel doorman doesn't strike me as a prestigious job either. Apparently in Germany, however, uniform is king. Strip a man of his uniform, you strip a man of his worth. Jannings is comically forlorn at the physical removal of his regal uniform. He's so despondent in that scene you'd think someone just unloaded a flaming bowel movement onto his soul. "Doorman becomes bathroom attendant" isn't much of a narrative; and the notion that not getting to wear a sweet uniform to work anymore is some Shakespearean tragedy is ridiculously overblown to me. Chalk it up to cultural differences, but the chasm is wide enough that I was only able to appreciate the film for its considerable technical skill.