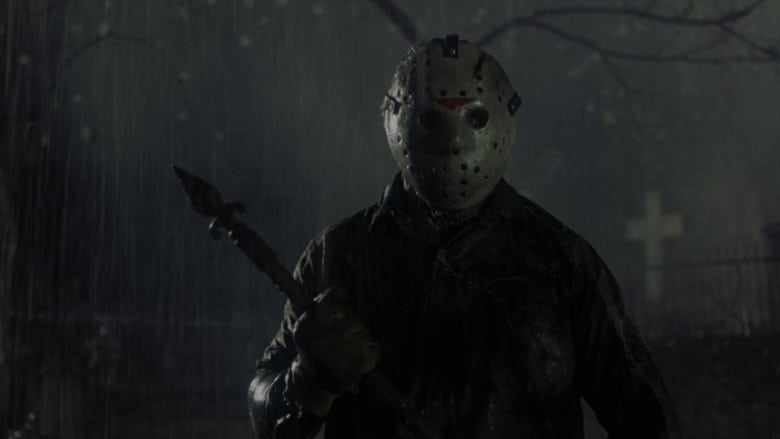 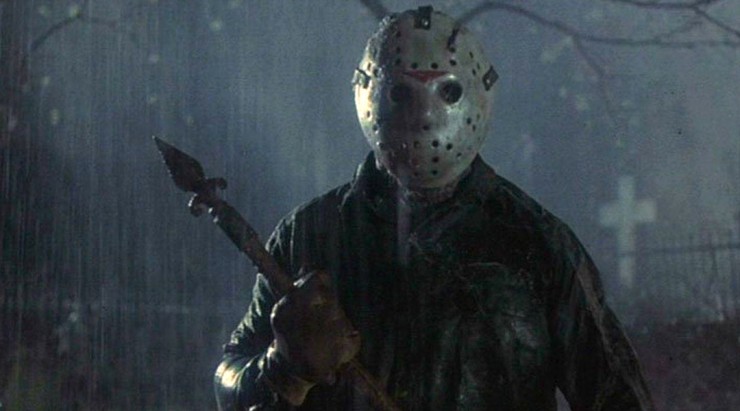 Friday the 13th part 6 Jason Lives (1986)
Tommy Jarvis is still having visions of being stalked by Jason Voorhees. He’s decided with the help of his friend Allen Hawes, that Jason’s body needs to be dug up and cremated to rid of his paranoia once and for all.

With the coffin open and emotions running high, Tommy grabs part of the cemetery fence and repeatedly stabs Jason’s body. Cue a few bolts of lightning and Jason has been reanimated.

After Allen is killed by Jason, Tommy rushes back to Crystal Lake (now called Forest Green) to warn the police what has happened. The police realising who Tommy is just thinks he’s insane and locks him up. Jason is now free to start up another reign of terror with a new bunch of teenagers. They have all heard of the legend but the body count continues as Jason goes on the rampage with no remorse.

Directed by Tom McLoughlin this is the movie Friday the 13th fans had been waiting for after the disappointment of Friday the 13th part 5 A New Beginning. Tom gives the revamp a more “Universal Horror Monster” feel and Jason comes across as being more zombie like than before.

The visual effects for the death scenes certainly don’t match the gore fest of other entries but as in classic Universal monster movies it’s more about the atmosphere than the gore. Even the humour written into the script is very welcome.

Fans of the previous instalments will recognise the Harry Manfredini score. This was also backed with a rock soundtrack which featured multiple songs by Alice Cooper.

Tom McLoughlin proves that it’s possible to breathe life into a franchise after already so many sequels. This entry should not be ignored. It’s nothing but pure fun.