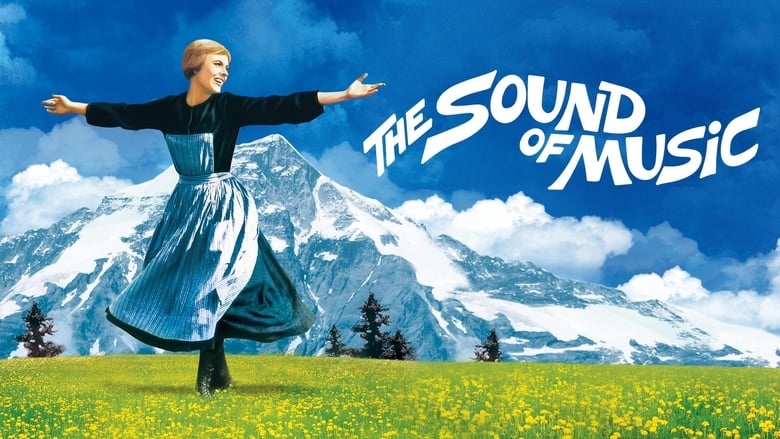 The Sound of Music

My appreciation of the musical genre has risen drastically in recent years, but I much prefer dance-driven musicals where I can marvel at the choreography over musicals that feature characters spontaneously bursting into song to express every thought or emotion. The Sound of Music is very much the latter. And it's three-hours long. I always try to keep an open mind, no matter how far a film falls outside my comfort zone, but I was bracing myself for an arduous journey within the first five minutes, as I watched Julie Andrews sway in hills that are alive with music, thinking to myself that it's a good thing those hills don't have ears or there'd be some Hills Have Eyes-style carnage about to ensue. My skepticism was unfounded. I wished murder on neither the characters nor the person who nominated this musical epic. To my surprise, I actually enjoyed The Sound of Music, although it's not likely a film I'll be in a rush to watch again.

"My Favorite Things" and "Sixteen Going on Seventeen" are the only songs I found tolerable, as lilting voices singing songs of exaggerated sentiment isn't exactly the type of music to be found on my playlist. I longed for one of those nuns in the abbey to retrieve an electric guitar from beneath her habit like Whoopi Goldberg in Sister Act. Lackluster songs should sink a musical, but the sensory strengths of The Sound of Music lie more in its visuals than its sound. I've never seen grass as green as the knolls on which Andrews leads a sing-a-long of "Do-Re-Mi," an audience of majestic mountains in the background, the sky an impossible blue. Interior shots are just as striking, with regal cathedrals and stately mansions often filmed in impressive wide-shots. Drab costumes made of drapes and boring browns make the eye-popping backgrounds appear even more resplendent in comparison. The locations in which the songs are staged are often more memorable than the songs themselves.

The Sound of Music is not a Walt Disney production, but it possesses the studio's family-friendly wholesomeness. I got strong vibes of Mary Poppins when Julie Andrews was hired to care for children. We know how this story is going to play out. Of course the unruly, mistrustful children are going to fall in love with their new governess. Of course their father, the retired navel officer and strict disciplinarian, who treats his seven children more like subordinates than family, is going to soften his rigid demeanor and adopt a newfound tenderness. Of course the widowed captain and the lovely governess are going to fall in love. This is a warm, safe, familiar blanket of celluloid, indulging broad audiences with crowd-pleasing wish-fulfillment. Perhaps that's partly why The Sound of Music was such a box-office smash. When adjusted for inflation, this is the sixth highest-grossing film of all-time, which is stunning to me.

Julie Andrews is radiant in the lead role. The children are cute and precocious without being annoying (except for the youngest boy, who shares the same fascination with slimy creatures as seemingly every other young boy in every other old film). I'm embarrassed to admit that I watched this entire movie without recognizing Christopher Plummer. He's significantly younger and handsomer than I've ever seen him. Plummer has obviously proven to be a great actor during his lengthy career, but I didn't think much of his performance as Captain von Trapp. I also disliked his character and rooted against his relationship with Julie Andrews's Maria. The three-hour runtime wasn't much of an issue. The first half passed relatively fast. The second half suffered from a lack of conflict until a strong sprint to the credits. With the film's setting, time period, and the Captain's military past, it seems inevitable that WWII and Nazis will cause complications for our characters. Those issues come to the forefront in an emotional, tension-filled last act, which sees the sound of music assume much greater importance and meaning.