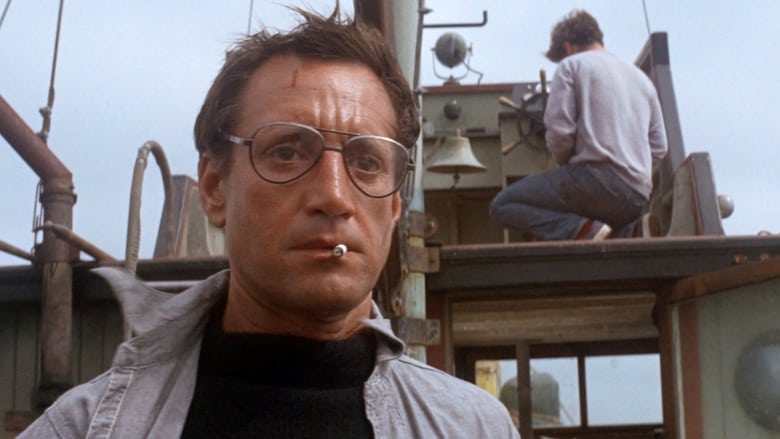 This review may contain spoilers!

I knew that I'd be in for a treat, before even having seen anything yet, when I heard the first notes of the iconic theme. This film is a classic for a reason. It manages to be scary long before the shark is shown and exactly that makes it so much better when you finally get to see him.

But Jaws isn't just scary. Roy Scheider plays Martin Brody, the new police chief of a small island village that thrives on beach tourism. After suspicions of a shark attack at the local beach, he has to choose between staying true to his morals and guaranteeing safety or keeping the locals, who need the beach tourism to keep their heads above water, happy. We can see him struggling with this, while also having to try to keep his own family safe and this makes Jaws much more than just another scary movie.

What I didn't like was how abrupt the ending was. Something was missing for me, especially since the first half of the film focused a lot on Brody's struggle with keeping everyone (the local people, the mayor and his own family) happy. After the giant climax before it, the ending just felt underwhelming.

My favorite part of the film was the second half when Brody was on the boat together with marine biologist Hooper and an old fisherman called Quint. I was constantly kept on the edge of my seat and on top of that, I loved the chemistry between Brody, Hooper, and Quint, three characters that couldn't be more different. I have to mention Robert Shaw's acting here because his portrayal of Quint played a big role in this.

Jaws definitely deserves its status as a must-see. Besides just having a good story and a combination of characters that works great together, the direction and fantastic score manage to create a whole new level of suspense.