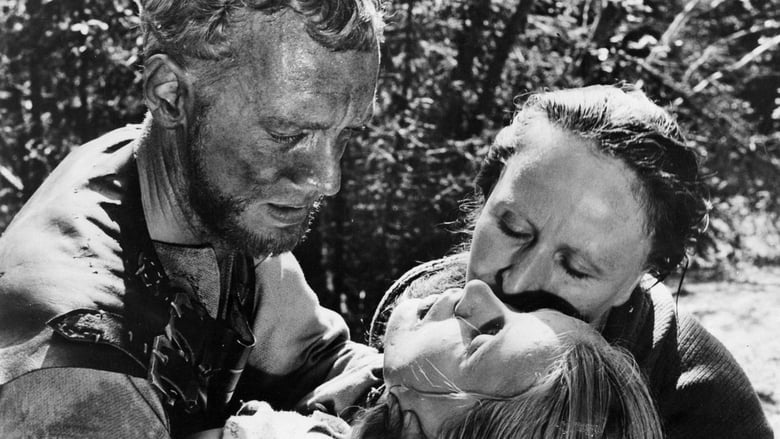 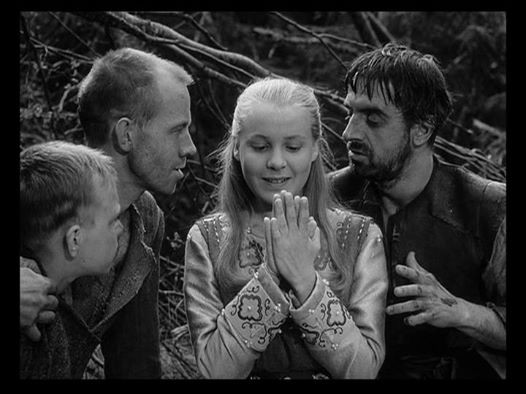 
'An innocent yet pampered young virgin and her family's pregnant and jealous servant set out to deliver candles to church, but only one returns from events that transpire in the woods along the way.'

This is the third or fourth Bergman film I've seen and the first one that held my attention. Of course it was beautifully filmed with compositions that could be printed, framed and then hung in an art museum. I was intrigued at first by the jealousy the dark haired-servant girl showed towards the blonde spoiled daughter. But I was disappointed that instead of an exploration of that jealousy, the film simply shows a brutal rape and murder scene of the poor frightened girl. Then comes a long slow march until we finally get the prerequisite revenge scene.

I don't see what the appeal of this film is? I mean what do people get from it? Besides the aforementioned cinematography, what does the film have to offer? I know that this was based on a 12th century folk ballad so when the film was made I can understand that the movie might resonate with the Swedish audience of that time. But despite the master craftsmanship by Bergman, the story itself offered little to me.

I'm not saying it's flawed, just saying it didn't do anything for me. Perhaps if I knew more of the ancient religious beliefs of 12th century Sweden, then I might have gotten much more out of it as I believe there was a juxtaposition of the ancient beliefs vs the modern Christian beliefs, and the film demonstrates through different events that regardless of one's beliefs, the need for understanding and revenge and forgiveness is universal. At least I think that's what it was about.