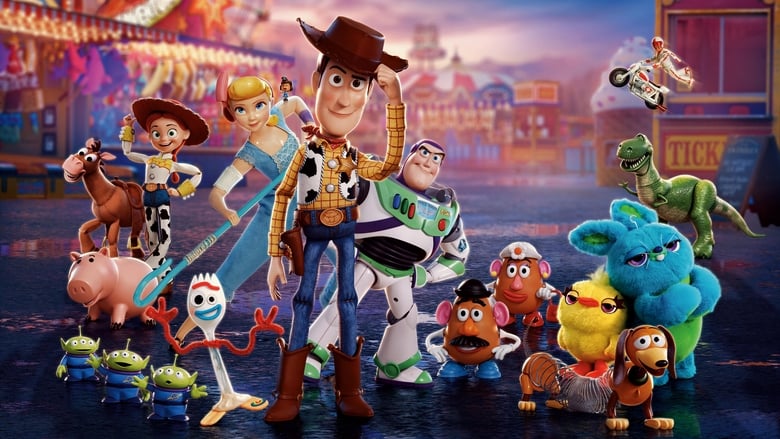 by Gideon58
posted on 9/17/19
in
Toy Story 4
I concluded my review of Toy Story 3 by saying that I would be able to live with it if there never was a Toy Story 4, but now that 4 has become a reality, I am here to humbly and apologetically eat my words, as the geniuses of Disney Pixar have done what I never thought they could: Come up with another dazzling and effectively layered comic yarn set in Toy World that challenges cinematic tradition, provides consistent belly laughs throughout and can ignite tear ducts if caught in the right mood. 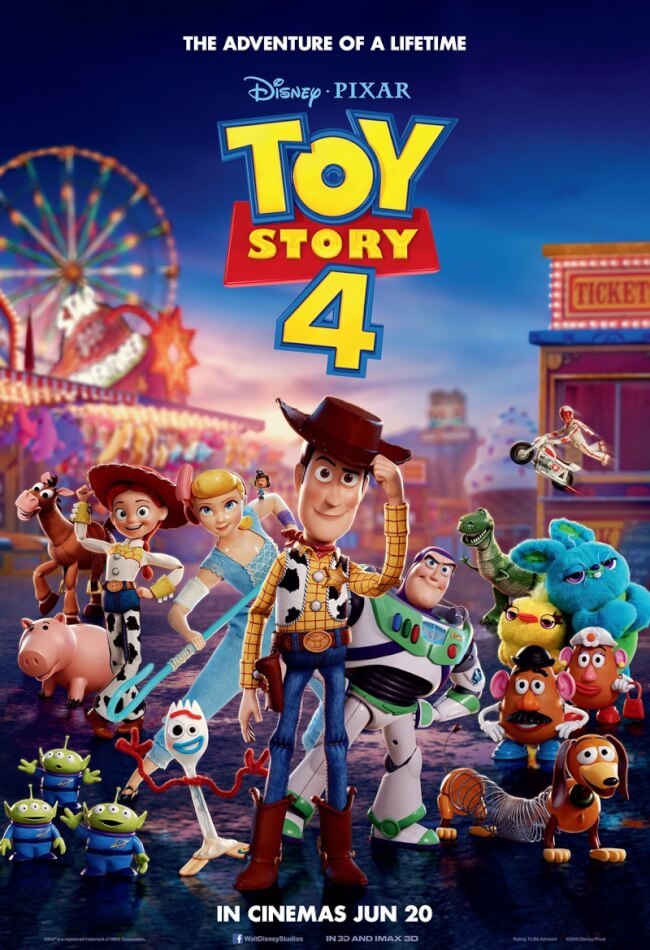 As we return to our friends, Andy is off to college and all of our friends have been given to a little girl named Bonnie who is very apprehensive about her first day in kindergarten. Worried about Bonnie, Woody (voiced by Tom Hanks) hides in her backpack and goes to school with her. Woody observes Bonnie build her own toy out of a plastic fork which she cleverly names Forky (voiced by Tony Hale) who Woody introduces to the rest of the gang and tries to make them understand how important Forky is to Bonnie, which comes to light when Woody and Forky are kidnapped by an insane doll named Gabby Gabby (voiced by Christina Hendricks), who is trying to win her kid, Harmony, back. During this adventure, is Woody is reunited with Bo Peep (voiced by Annie Potts), who belonged to Andy's little sister, Molly. 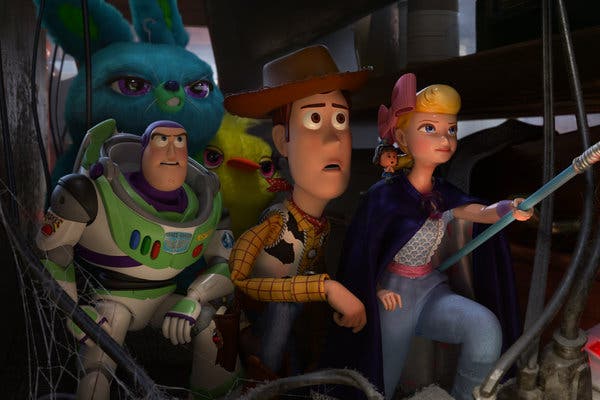 This was the best entry in the franchise since the first one. Director Josh Cooley and the screenwriters, including story creator John Lasseter and actress Rashida Jones, have once again done Oscar-worthy work in giving us a toys-eye-view of the world and class separation and how things in toy world might or might not be different than in the real world. This is the first film since the first that gives the viewer a true sense of the size and scope of toy world as opposed to the size and scope of toy world. This is impressively overlaid with a look at class separation in toy world...the difference between being a lost toy and being a toy who actually has a kid. 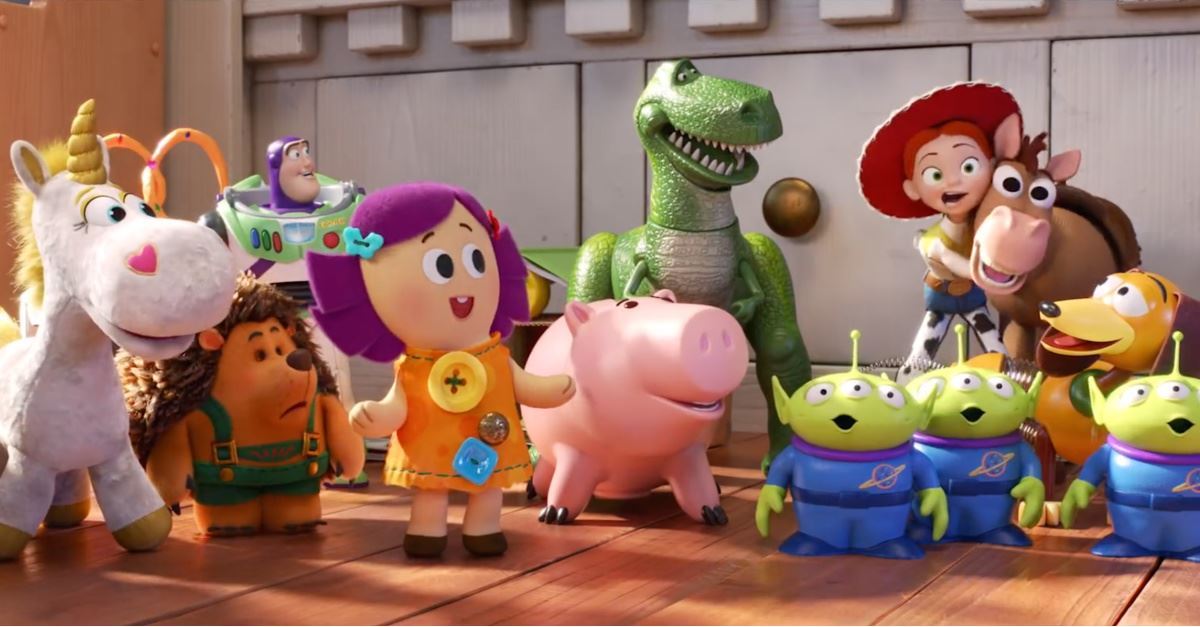 Of course, there are so many characters that are part of this franchise by now that they can't all be center stage. Characters who have been glorified extras in previous films get more screentime here and characters who dominated previous films have been pushed to the back burner. The relationship between Woody and Bo Peep was purely a product of this film...Bo was only in about three minutes of the first film and, if memory serves, wasn't in 2 or 3 at all, but she is center stage here, still voiced by the brilliant Annie Potts, who is more than up for the challenge. Also loved the character of Gabby Gabby, the first character in this franchise who comes off as insane, giving this film an edgy, squirm-worthy quality missing from the previous films. The look of this film is nothing short of spectacular. Animation is Oscar-worthy, producing some breathtaking visuals that will be difficult to erase from the memory. When Buzz (voiced by Tim Allen), is shot of the carnival and headed toward the neighboring highway, the highway looks absolutely real. The climb to the roof of the antique store that woody and Bo make offers a thrilling view as well, and that antique store...can we talk about that antique store? Just incredible the way everything was stacked on to of everything else as far as the eye could see with ventriloquist dummies overlooking the place like gargoyles.

Some of these actors might be a little comfortable providing these voices, but they still take what they are doing seriously. Tom Hanks' work as Woody in this film is just as moving as it was in the first film and there is also outstanding work from Potts as Bo Peep, Hendricks as Gabby, Hale as Forky, and especially Keanu Reeves as a toy stunt motorcycle driver named Duke Caboom...Reeves is completely unrecognizable and a total scene stealer. An animated joy from start to finish.
» More about Toy Story 4
» More reviews of Toy Story 4
» More reviews by Gideon58