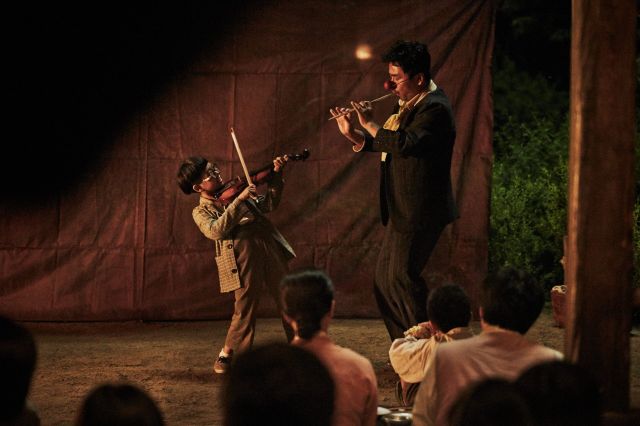 Korean supernatural mystery/horror mix inspired by the Pied Piper of Hamelin fairytale that starts off quite lightheartedly but gradually reveals layers of intrigue (quite effectively, even for those already conversant with said fairytale) as its tone slowly darkens.

Basing something on a well known fairytale can be a double-edged sword, the premise is well enough known to potentially be an attraction but also possibly a hinderance if the offering doesn't either put its on stamp on proceedings or is simply not managed that well. Happily this is a competently acted and directed affair where the tale is both given enough of a refreshing makeover and delivered in quite a compelling fashion.

Being Korean in origin there's no real surprise that proceedings are infused with snippets of humour but thankfully they are wisely generally rather brief and, perhaps more importantly, confined to the first half of proceedings before the tone darkens beyond the point at which they would no longer be welcome.

The CGI elements are generally blended into the whole quite nicely, even if on occasion they may not be entirely convincing. The score does intrude occasionally but imo is for the most part acceptable whilst it's a reasonably well paced affair, especially so in the second half.