Sorority Babes in the Slimeball Bowl-O-Rama

1988, not quite the 90's but definitely a few steps away from the concentrated era of the mid eighties. Direct to video releases become more and more common, and sleazy exploitation films adopt a newer, more polished sheen.

Sorority Babes in the Slimeball Bowl-O-Rama is an almost perfect example of capturing that campy, cozy and one stop shop video going experience. It had a limited theatrical run (if at all), and was released to the market amidst several other low budget affair, but unlike its contemporaries, say, Chopping Mall, the fun in this movie plays better. The locations are more decadent, the skin is more decadent, the camera work and lighting are many cuts above average, and the acting is almost twice as nerve grating.

This is one stupid little movie which is why it's almost sheer perfection for anyone looking for a mindless and fun film with atmosphere to spare.

The basic story is that three college boy doofuses find themselves in company of three attractive sorority girls at an after hours bowling alley/shopping mall on an initiation dare to steal a league trophy.

Somewhere along the way a genie is unleashed from the trophy and wishes are to be granted. From there things turn weird and silly, but not without a heaping dose of light show and comedy that always lands with a loud thud.

And while most of the humor that's intentional fails to leave a lasting impression, it's the quickly sketched lines that make a mark. Abbot and Costello routines sometimes find their way in as well as foul analogies muttered by a night janitor. Linnea Quigley shows her guns and everyone else just simply gets naked for long stretches of time.

There's nothing like a movie you've never seen before that is able to take you back like a time capsule and deliver the mood and fun of an 80's video fringe night in such a way where the first time feels like the 5th time, and there's not many movies that are so bad and average that can pull all of this off while still being moderately tame save some nudity and a decapitation.

This gets a high mark for me because it hit the right spot at exactly the right time. I won't pretend it'll do the same for anyone else, though. 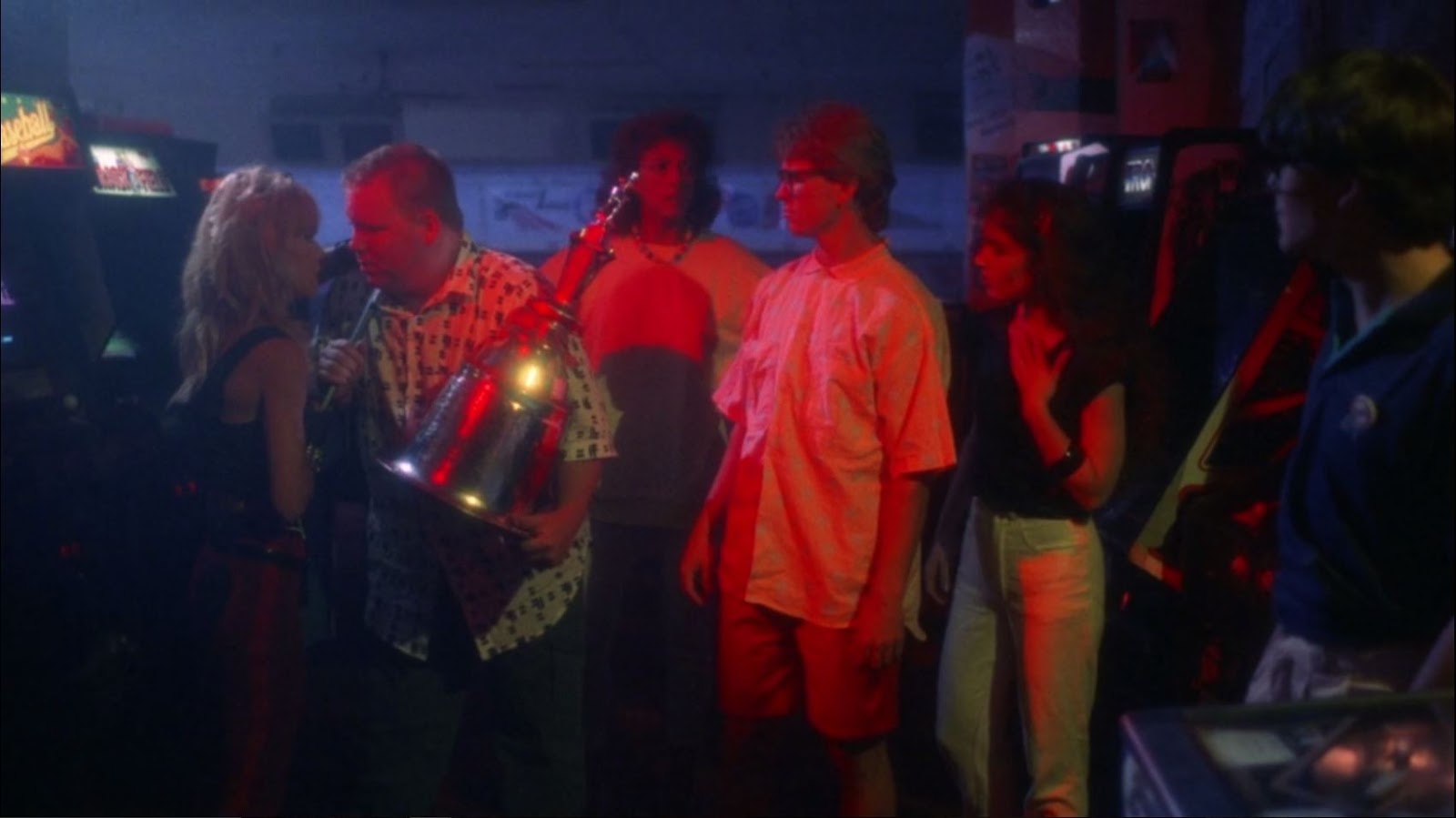