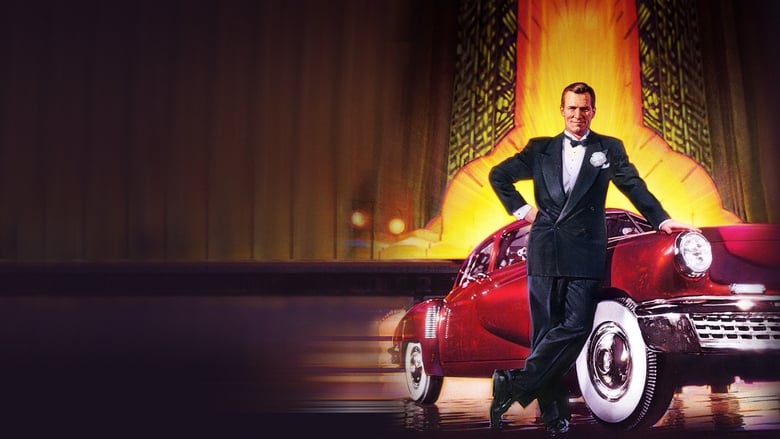 Tucker: The Man and His Dream

The story of Preston Tucker as he realizes his dream of making cars with innovative revolutionary ideas.

This is a rise and fall story. Francis Ford Coppola decided to keep the tone of the movie lighter. That is one of the biggest drawbacks of the movie. The bare-bones story in the movie involves a semi-wealthy entrepreneur who had some success making army gear tries to venture into car manufacturing industry. His dream consists of putting engine in the back of the car and enhance the safety regulations in the cars. So he decided to make those cars and sell them in large scale. Over the course of realizing his dream he faces hurdles in terms of meeting deadlines and intervention from politicians with ties to rival auto companies.

Throughout the movie I kept feeling that he didn't struggle enough for his dreams. When certain rise and fall stories don't have the dramatic punch needed then it is better to leave them alone as opposed to make a movie about them. I honestly didn't see a movie in the story. The general argument against such criticism is not to critique a movie negatively just because it didn't give you what you wanted. But I disagree. Movie's success can be measured in terms of memorability and box office. Any movie that is infinitely re-watchable is worth making. But middle of the road movies like this are simply not worth making. The movie is weirdly goofy. It starts with a semi documentary footage that gives exposition about the background of the Tucker. So, to begin with, this guy is already rich. Throughout the movie you never get the feeling that this guy is incredibly obsessed about his vision. His obsession may be a truthful portrayal but not cinematic enough.

The movie has positives in terms of entertainment value but the emotional dramatic wow factor is sorely missing in the movie. I think this movie in part sums up Francis ford Coppola's career. He is a very primal director. Godfather movies are a series of escalating chess moves with deadly consequences. They sort of show how American is born through the lens of ruthless gangster violence. Apocalypse now shows a very primal view of war and how if affects people. There are no logistical jargon or military mambo jambo in the movie. Once it starts it just becomes about a soldier traveling to reach his destination. Those two genres have enough flesh on the bones without including the technical jargon to overcome the superficial nature of the approach of the movie. But something like Car manufacturing or racing is a genre where the real meat is on the race tracks/automobiles. The moment you focus on court cases or business dealings, it becomes a generic movie. This movie falls into that trap and forgets about what makes cars unique. Scripts should be written with that in mind. But I think Coppola thought he was being clever because he is telling this story and drawing parallels to the process of movie making and how people who have no skills in the field of car making/filmmaking take over the company from under the noses of filmmakers/car makers and run them into the ground. But the problem with that is the movie way too convenient for its own good and it just doesn't cut it. A movie about a man's dream to build a new car is just too normal. It is not even about invention of the first car. It is just another car. The guy has roof over the head and food on the table . So it doesn't even feel like everything was taken away from him.

The most bad-ass part of car racing/manufacturing involves pit crew. They are grease monkeys who are some of the most skilled drivers as they have to test drive and work on unfinished cars. This movie relegates then to marginal characters with no screen time given to various phases of car manufacturing. I think it's partly because the thing they are making is just another design of a car. I think the movie feels more like its about a guy who ruffles feathers where he is not supposed to and not about someone who has this grand vision and is trying to make it happen. He saw that the cars could be improved and decided to make them where as his far more powerful and established competitors don't want that to happen. I partly watched this movie because of Ford v. Ferrari movie coming up. I just hope that the movie doesn't turn into anything like this. That's why it is so hard to make a great movie about racing without making it look generic. You try and search for drama in elements other than racing and the more you do it the more generic it becomes. Apart from that its a safe watch.
» More about Tucker: The Man and His Dream
» More reviews of Tucker: The Man and His Dream
» More reviews by aronisred