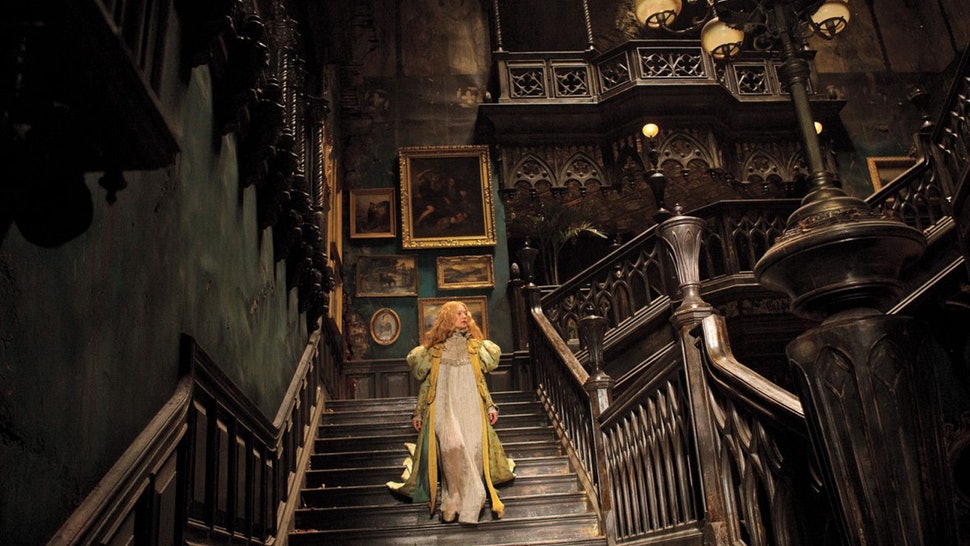 Mix of Gothic romance and fantasy horror that is visually appealing but sadly falls a little short in the long run.

The greatest strength of this movie is its aesthetic, visually it looks great with some nice use of colour and in terms of the period (Victorian) it looks and feels fairly authentic while the central setting, once reached, is delightful and very fit for purpose. The acting is generally decent enough and though the tale may have little originality it's still one that is worthy of telling.

Sadly though for me the whole just feels rather flat - the romance is serviceable but a little underwhelming and in terms of horror it is for the most part lacking in atmosphere, tension/suspense, frights or surprises. Whilst the spectral visions are certainly generally nicely rendered they are too few and far between to deliver much impact on proceedings.

Where the film really stutters though is in the final minutes, credibility is tossed out the window as proceedings devolve into a final conflict that's rather rushed, in parts poorly delivered and compared to the effort put into that which has preceded it feels rather slipshod.