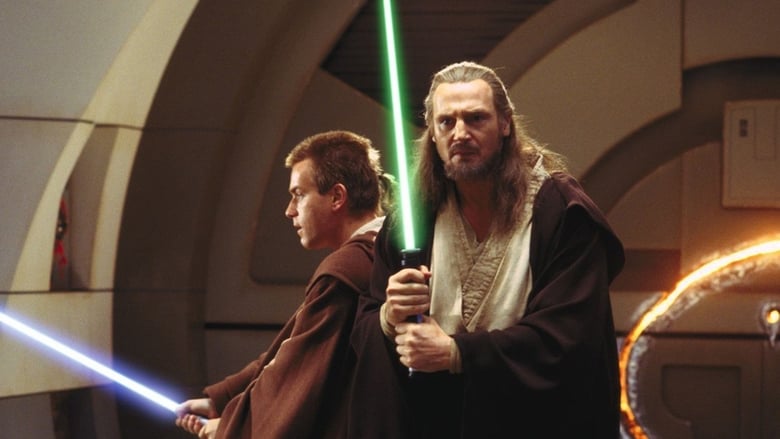 I am not a Star Wars nerd. My brother is, but although I saw this when it came out, my only real experience of the franchise since seeing Episode II in the cinema, is playing through Lego Star Wars on the Xbox...but then I've always meant to revisit since my friend still can't believe I had seen episodes IV and VI, but not V, so since they're showing the lot on tv over the next 6 week's, now seems as good a time as any for that fresh revisit.

And this first instalment of the prequels is enough to make me want to give up already! I can't imagine what it was like as a long time fan to wait excitedly for this after 15 years or so then be treated to this crap, because as a non fan, it was bad enough.

Really bad pacing, some scenes are short and engaging while others are so drawn out, you're just begging for it to wrap things up! That podrace scene is over 9 minutes long FFS! While your big climactic Jedi battle with Darth Maul (who despite being the iconic face of the film is the most pointlessly devoid of personality villain possible) just felt slotted in so we had a lightsaber fight to shove in. Then there's Jar Jar...oh my...going back to Lego Star Wars, the achievement for smashing Jar Jar 100 times I think adequately sums up my feelings on him...

So yeah, it's dull. On top of that, was CGI really this bad 20 years ago? I don't think it's just that it's bad, but good directors and editors can hide bad CGI. This places it front and centre, and it's so bad, it's practically distracting. For a film that fails to shine with it's script and story, trying to dazzle everyone with CGI doesn't exactly rescue it, especially when it's this bad.

So yeah, not a good start at all. I vaguely remember enjoying Episode II at the cinema, let's see next week if it can at the very least improve on this godawful mess.