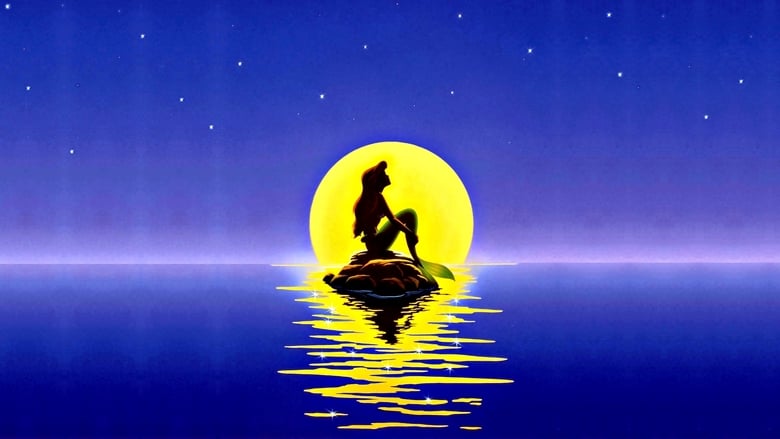 Here we are! Halfway through, the first film I ever saw at the cinema aged 4 (at the Unit 4 in Wigan which is now a carpet shop, shout out to my local there!) And still my undisputed favourite ever Disney film, and the start of the greatest era to be a kid as those late 80s-mid 90s were a truly glorious time to be under 10.

I think I love it more now than I did as a kid, because it is so layered and has so much that makes it great, I find something different I love most every time I watch it. It's a story about love. And not just the cartoon fantasy world of love, but it's the closest Disney ever got by this point to what real love is. As a kid, I never got why Eric didn't immediately want to marry Ariel when she turned up human. Yeah she's got no voice but he knows it's her? Its only seeing it as an adult understanding that doubt he has, still pursuing a fantasy when the perfect girl is right in front of him, how many of us can relate to that? Unlike so many love stories too, that just love portraying weird toxic behaviour as romantic, everything here is above board, and let's be honest, Prince Eric is just about the most eligible Disney leading man around amiright? He doesn't hang around waiting for someone else to do all the work, like dwarves or fairies or mice, he goes and gets the girl dammit!

But it's also a really meaningful portrayal of familial love, between a father and his teenage daughter. They love each other but can't understand or communicate with each other. It's the first time really that we've seen a parent and child in Disney predominantly fighting...but it's not coming from them hating other or the classic evil step parent. It's from a place of love, which makes the final scenes all the more emotional.

Elsewhere, we have another fantastic villain on show here in Ursula, voiced with all the disdainful sassiness of the jaded vengeful bitch she is. And she gets a great song as well! That said, all of the songs and music are stunning. That was key to Disney's turning point as much as anything else, the music makes this film an event rather than just a kid's film. It also looks absolutely beautiful. You can see how much love has gone into making this, from the thousands of separately animated bubbles, to the way Ariel's hair moves in the water. So much effort has gone into making this look just as good as it sounds.

Best Song: Part of Your World
I don't care if Under the Sea got the Oscar, this is where it's at! A song so beautiful, it makes up a huge chunk of the score. It is just so beautiful, completely captures everything Ariel feels about being trapped and longing for somewhere else.

Best Scene:
Kiss the Girl! No it's not my favourite song (though still great) but that whole scene is perfection. The colours, the lighting, the atmosphere, the song. It's perfect and you all know it!

As An Adult:
I understood a lot more of the flirting/ courting scenes...they definitely go over your head as a 4 year old, where it all looks so damn easy! Though I swear I'd have an easier time at this stuff if some sea witch stole my voice to prevent from saying anything stupid in these situations!