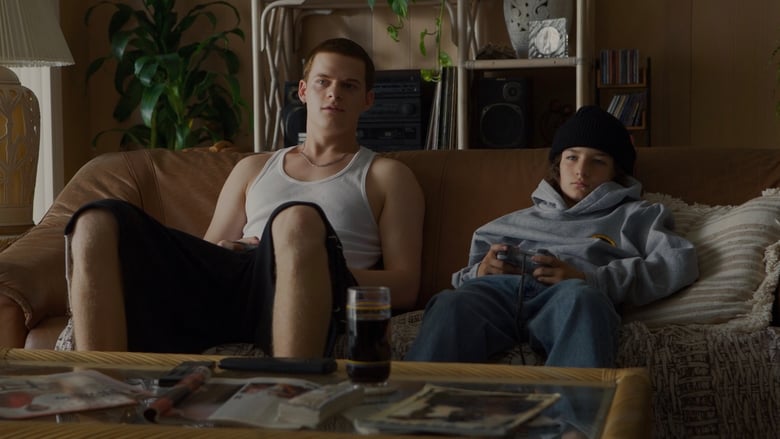 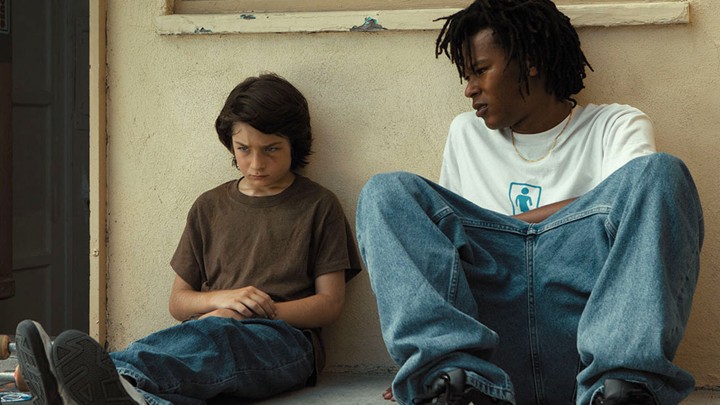 Mid90s is Jonah Hill’s directorial debut and it follows a kid named Stevie, who is a kid trying to find himself while dealing with his abusive brother and not so present mother, as he ends up hanging out with a group of teenagers who skateboard. These kids all come from different situations (which also provides the foundation for conflict), but most of them are from lower class families, and their days primarily consist of hanging out at the skate shop, skating, and going to parties. Stevie is by far the youngest kid in the group once he joins, and most of the film he’s just trying to fit in with them and find his way. He doesn’t even know how to skate when he starts hanging out with the group, but he keeps trying until he’s at least about to skate around. He’s also constantly trying to prove himself to the other guys in the group, and sometimes it bites him in the butt.

Despite this sounding like an uplifting film, in a lot of ways it is not. Stevie does find friends, but as a result he starts to fall into bad habits and does some things that a kid his age should not be doing. He’s also constantly dealing with his brother who beats him up several times, and it’s clearly affected him at deeper levels as despite him being the nicest kid around, he does punish himself in physical ways sometimes that can be hard to watch. He gains some positive things in his life but a lot of negative things as well, and so the character arc is actually quite flat when you combine everything. There is also not a specified end goal that the story is heading towards. This is more of a slice of life film that focuses on skater kids. It’s not really aiming to wrap everything up in a bow for you at the end, and that’s just fine.

I enjoyed the story for what it was. It’s rather surface level, which makes sense given the hour-and-twenty-five minute runtime, but it can be looked at in a deeper sense by the viewer if he/she wants. The characters are all likable on some level, and we are given just enough backstory on each one to care for them by the end of the film. The acting is also great, given that Sunny Suljic (Stevie) is pretty young and most of the rest of the main group of characters are pro skateboarders in real life.

The only iffy part for me story-wise while viewing this film was the ending, which makes a lot of sense given how everything was going towards the end, but it felt a little…forced? I’m not sure if that’s the right word, but it’s as if Jonah Hill knew he wanted it to not necessarily have a distinct end to the characters’ story, but also wanted something to end on for the general audience’s sake.

As for production, this looks like a film that was made in the mid-90s. Jonah definitely was able to capture the vibe and look of the era, while not solely relying on nostalgia to draw the audience in which I am always afraid of with films like this.