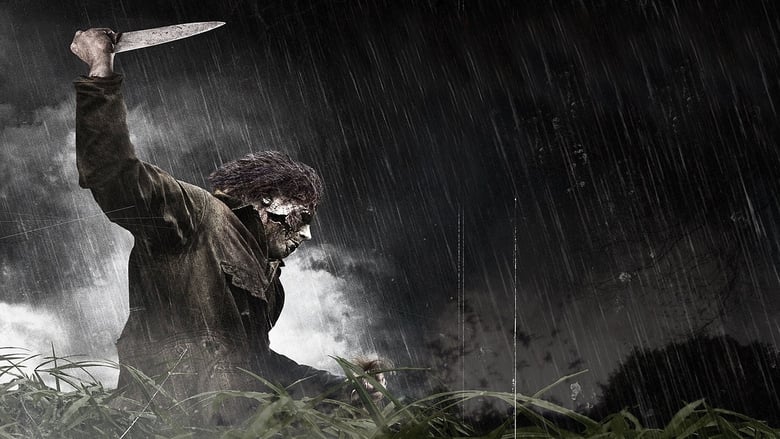 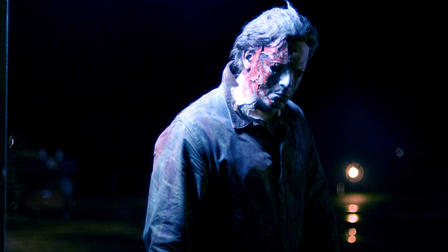 Two years after surviving an encounter with a serial killer, a young woman struggling to readjust to life once again finds herself being targeted by the same killer.

Rob Zombie's approach to remaking the original Halloween was to make it a film of two halves - the first a prologue that depicted Michael Myers as less an inexplicable force of evil than the inevitable end product of an abusive environment, the second a straight retelling of John Carpenter's original film where Michael carries out a killing spree with some minor changes such as including the reveal that protagonist Laurie Strode (Scout Taylor-Compton) is Michael's long-lost sister. This reveal was first used in Rick Rosenthal's Halloween II, which Zombie also decides to give a semi-remake approach; what's notable is that he realises just how flimsy Rosenthal's version was and wraps up its hospital-based plot within the space of about twenty minutes in order to move onto a new one. The main plot of Zombie's Halloween II ultimately reads like a Halloween III that would've centred once again on Laurie and Michael; two years have passed since the events of Halloween and Laurie is now living with her best friend Annie (Danielle Harris) and Annie's dad (Brad Dourif), working at a coffee shop and trying to live a normal life. The problem is that she's still dealing with the post-traumatic stress of not just being attacked by Michael but also the revelation of a blood relation to him, both of which prompt her to have horrible nightmares. Unfortunately, it turns out that these might just be visions that are shared by Michael, who per his custom is ready to come back and kill more people as Halloween rolls around.

While I'm hard-pressed to call Halloween II a good film, I still have a strange level of respect for not just its ambition but how it goes about trying to realise it. It still falls prey to some of the same flaws that plagued its predecessor (bloated running time, eye-rolling edginess) but there's more going on with it than just another straight rehash. It also plays like a transitional piece for Zombie as he progresses away from the sympathy-for-the-devil redneck horror of his earlier works to the sort of experimental surrealism that he would arguably refine with The Lords of Salem (which also deals with the notion of its protagonist having potentially inherited supernatural evil). In addition, it's offered a unique opportunity to examine the more immediate psychological fallout of Laurie's encounters with Micbael in a way that belated sequels like H20 or the 2018 Halloween are simply unable to do (to say nothing of similarly-affected characters like Annie or Malcolm McDowell's Dr. Loomis, the latter of whom gets a peculiar sub-plot involving a book tour that is at once jarring in how it reinterprets the good doctor as a cynical sell-out and yet still consistent in how it shows that Loomis is ultimately lost and compromised in his own way). The problem ends up being a haphazard execution that doesn't seem completely sure of how to go about realising that concept's full potential, occasionally coming up with some appreciably surreal imagery or character-driven tragedy but often settling for silly diversions (such as a brief interlude where Loomis ends up on a hacky talk show next to "Weird Al" Yankovic and hosted by Chris Hardwick) and some especially protracted slasher-by-numbers sequences. As such, I can't bring myself to hate Halloween II - there are good ideas in the mix and Zombie doesn't totally botch their execution, but it's hard to muster that much enthusiasm for the finished product. That being said, I would not be averse to giving it a second chance at some point - the final scene alone is enough to warrant such re-evaluation.