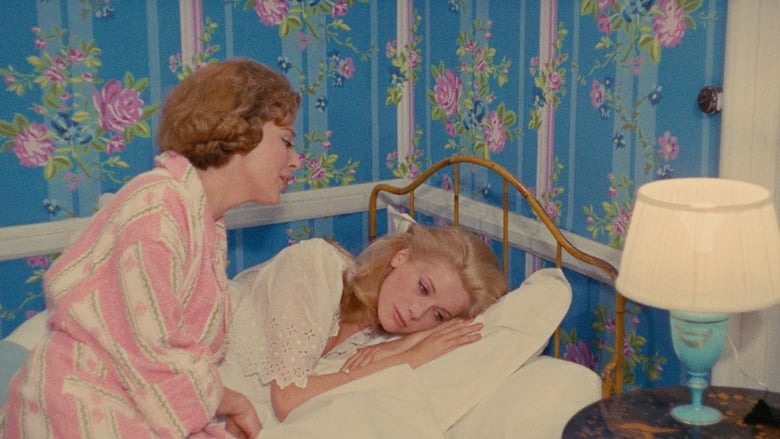 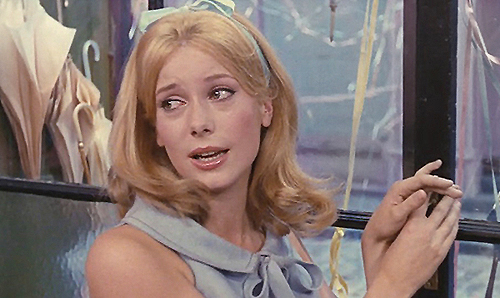 
"A young woman separated from her lover by war faces a life-altering decision."

That photo breaks my heart, so many scenes did...and if you've watched this and don't know what I mean, then there's nothing else I can say about this wonderful film that will reach you.

Jacques Demy effortlessly combines the classic French 'Cinéma de Qualité' with French New wave realism to create one unique film, with all the dialogue being sung. But that's mainly of interest to film scholars.

What counts to me is that this is one of the most heartfelt, emotionally honest films dealing with young love that I've ever seen. And let me tell ya folks, CR was once young and while I wasn't shipped off to war in Algiers, a lot of this story rang so true for me. Been there and experienced it...When you're young and in love for the first time, it's like us against the world and nothing in the universe can stop that love, say for one thing...time...And I've always had one saying that rings true, 'time kills all deals'.

Catherine Deneuve-Genevičve is very special here. Either you get her emotional fragility and exuberance over her love, or you don't. And yet the story is crafted so wonderfully sincere that it's easy to see how her one true love, Guy (Nino Castelnuovo), can in the end shift gears and still find happiness. And yes he ended up where he needed to be, and I guess Genevičve lands where time took her. Oh and the gas station scene, powerful stuff! So metered and so real and I've been there too.