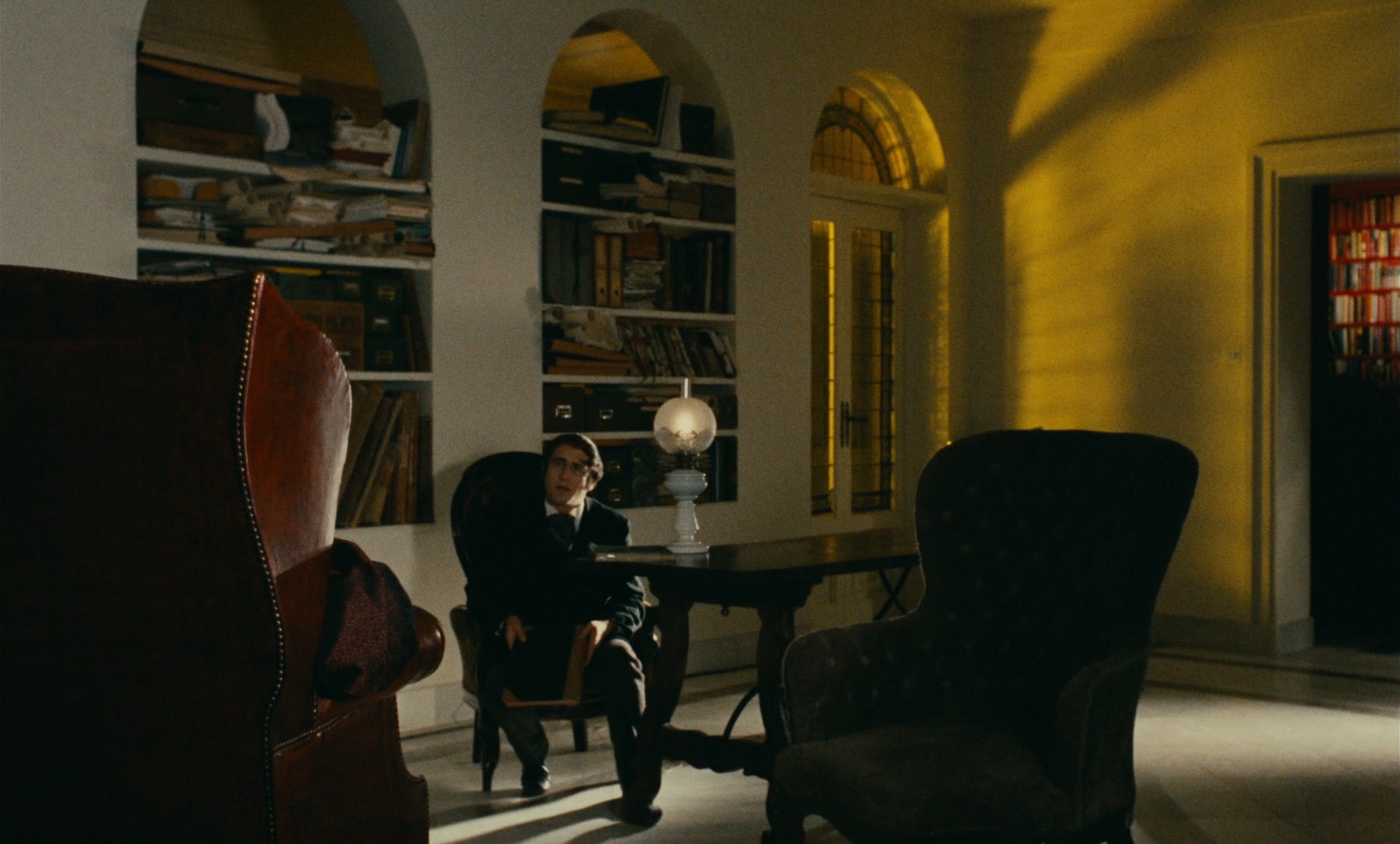 is a film by Orson Welles, released in the year of our Lord MCMLXVIII, first in good French and then in fluent English. Welles starts the task of his first colour film solemnly and darkly, the way Judith in the tent of the Babylonians adorned her face and body for the meeting with Holofernes. But he immediately and inevitably became absorbed in the process - as, very likely, Judith herself did. Frames generally have a sort of luminous clour fxfx clobls c o l o u r that suggests Welles used Matisse as a sort of model.

Once upon a time, and a very good time too, though not in my time, nor yours, nor for that matter any one’s time, there lived an old man in and old house. An old man who in his long life had heard only one story told.

A Welles film has to be watched with close attention or half the beauty of it gets missed. When Elishama, at Clay’s request to be read something ‘other than account books’, reads a prophecy of Isaiah, and Clay’s head twitches at Strengthen ye the weak hands and confirm the feeble knees. After all, Isaiah lived 1000 years ago and Mr. Clay sits in his chair of weak limbs and feeble knees.

The trouble is people are accustomed to seeing films without giving them the attention they would a play or book. In the marvellous scene where Clay, getting the better of Elishama and the prophet Isaiah, sets into motion his plan for staging a story in the real world, you get a sense of the coldness and loneliness of the old man; it’s as if he’s speaking from beyond the grave. No one, it seems, has understood the purpose of the makeup in this film, Kauffmann or Käuffer or somebody says ‘it’s his phoniest since Arkadin.’ He’s done up to look like a corpse. And Elishama, who himself felt at home in the grave, was at this moment brought closer to his employer. He says something later in the story; perhaps to a man with one foot in the grave, the pursuit of a story was a sounder undertaking than the pursuit of profit. Actually, the two behave exactly as they would have had they been father and son, but the film doesn't say that. While on the theme of makeup: as the sailor runs next to his carriage, Mr. Clay has a faint pink in his cheeks; he had strangely come to life, as if the young runner made his own blood run freer. And at the end, his hair seemed to have grown whiter, his triumph had aged him.

The scenes with Moreau are splendid, the best sort of stuff. Virginie herself looks in some sad way underestimated and wronged. She was downcast and fretful, like a golden pheasant in the moulting season. But always a golden pheasant. When Elishama first meets with her, you get that feeling that the two were alone in the house, with the rest of the world shut out. In the end she agrees to play the part of the heroine in the story, for 300 guineas (c'est une vieille dette), and offers a receipt. He declines, this bargain would be safer without a receipt.

On the veranda, Mr. Clay talks to the sailor about facts that have long been stored up in his mind. The young sailor answers his questions quietly and dully. Clay had not yet moved from the world of reality into imagination. He had on his mind more things of which he meant to clear it. Deep down within it there were ideas, perceptions, emotions even, of which he had never spoken and of which could never have spoken, to any human being except to the nameless boy before him.

The closer we get to a mystery, the more important it is to be realistic. So it’s fitting it should be dawn when Mr. Clay dies, broad daylight spares nothing. And condemned men are always executed at dawn. Elishama looked at his peaceful corpse, like the prophet Isaiah said And sorrow and sighing shall flee away.

When Elishama listens to the song of the seashell as he stared off into the distance at something known only to himself, it’s the essential secret that every film needs to keep it unfinished. To finish a picture is to be through with it, to kill it, to give it it’s final blow. A most unfortunate think for filmmaker and film.

I said before a film is a dream, by that I mean the succession of real events that follow on from one another with a dreamer’s baseless conviction, a way in which you wouldn’t have imagined it for yourself, but experience in your seats as you might experience, in your beds, strange adventures for which you aren’t responsible. To weigh it down with thought or attempt to be poetic is to lose it. The poetic is not poetry. It's even possible that they're opposites. Poetry is a product of the unconscious mind. The poetic is conscious. And lots of the poetic things (tarkovsky hello hello) contain not the slightest poetry.

This is usually seen as a ‘minor film’ of Welles’. Not so. Nobody took the sonnets seriously until 200 years ago. Those cineastes always expect something (do they know what?), so they remain indifferent to the other thing that Welles gives them, which can in no way communicate with their inner chaos. What they will have, and hard luck to them, is that familiar precision of real dreams which they confuse with the idleness of daydreaming. It is impossible for anyone to feel it who does not carry within him the seeds of wonderment to which wonders speak.