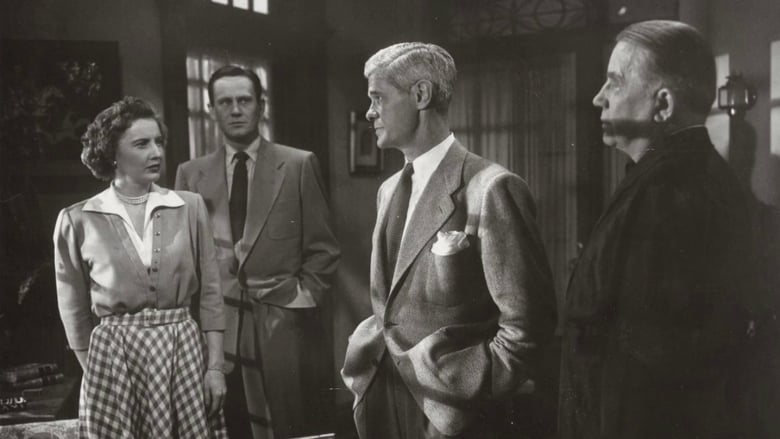 The File on Thelma Jordon


Cigarette cases and other troubling knick-knacks

The film opens with assistant District Attorney Cleve Marshall about to drink himself into a stupor. He has returned to the office late at night and detoured to his friend’s office (where the whiskey bottle is hidden) after another failed mission to make his wife happy. His wife’s hidden cruelty is in her gesture of telling her father (the retired judge) exactly what she wants, then asking Cleve afterwards to try to procure the same gift. When he comes home later that night, she has left it in the living room still wrapped like a trophy to rub his nose in it. Although Cleve is a smart cookie, he will never understand that his beautiful wife will always be in love with another man … her father.

The film doesn’t start off slow with a meet cute and a growing attraction as a prelude to the dramatic bits---this prelude is the story. The film has been mislabeled as a film noir; instead, this is a tragic love story of two shooting stars that criss-cross in the night, but who are already trapped in dead-end trajectories with partners who will never love them back.

The story scintillates in a few places. Thelma says her aunt is delightfully eccentric; but this is not just idle talk, when the old broad goes downstairs looking for Thelma, she is packing heat. During an interview with Thelma’s lawyer, he tells her he doesn’t want to know if she is guilty because that might sabotage his defense of her, he may subconsciously begin helping the prosecution secure her a cell on death row. He burns the evidence of her anonymous benefactor’s instructions and drops it in the ashtray in front of her. She toys with embers---suggesting her own delicious subconscious acts of self-sabotage like placing the gun and the necklace where they would be easily found in the smudge pot; or choosing Cleve over the lead investigator; or even putting her own pretty neck directly into the hangman’s noose.

The director Sidomak dials up the tension in two great sequences. Rather than holding for the pregnant pause after the “is she or is she not-innocent verdict?” He prefers to reverse engineer the suspense; beginning in the women’s section of the jailhouse with Thelma being escorted through a series of locked doors, her escort doubles then triples, she’s swarmed by a crowd once she hits the pavement. Her attorney links arms with her in this gathering storm, as this seething mob rumbles down the sidewalk and up the courthouse steps. Even if you were just in the courthouse to pay a parking ticket you would have been swept up in all that turmoil and ended up standing in the back of the court room biting your fingernails with anticipation.

His strong visual sense is also stamped in the second sequence. The butler’s house is set away from the main residence and every phone call rings simultaneously in both places. Cleve stands on the second floor landing watching the phone begin to ring endlessly at the bottom of the stairs then it stops, he looks out the window behind him … one by one the lights go on across the way, upstairs, downstairs, the porch lights, then the butler steps outside. Cleve’s welcome in the main house begins to time out during the butler’s errand, his flashlight striking the foot path like a white cane; he becomes a moving shadow against the windows. Cleve uses every second available to him to set the perfect crime scene for his buddies who will show up later, then just as the butler enters the room, he dashes out a ground floor window.

I loved the duplicity in the film. Most of the characters aren’t quite they person they pretend to be on the surface. The film opens with the chief investigator telling Cleve to go out and cheat on his crummy wife---while he’s on the phone with her; it’s not beyond the realm of possibility that Pam may be talking with husband number two at the very same moment.

The film does have a few plot holes though; like how did Aunt’s Vera’s Doctor psychically diagnose her with sudden death syndrome and phone her urgently in the middle of night to run the check list by her? Or that Cleve is being shadowed by a clueless private detective who manages to lose him every single night during the twenty minute drive from his office to the murder house. The biggest one in the film is---this is not some cold blooded machination planned down the millisecond and gesture by a femme fatale but the ways and means of the story hinge entirely on chance; fate is the phone on the night stand beside Aunt Vera’s bed that rings at precisely the wrong moment to awaken her from her sleep.

The big pay-off for Cleve and Thelma was only to be together. Once broken apart, Cleve immediately goes to the authorities and confesses his crime. Once she regains her freedom, Thelma hands over everything over to Laredo (her partner in crime) on a silver platter in exchange for him getting out of her life---unfortunately that looks suspiciously to him like a frame so Thelma going to have to remain by his side for a very long time as an insurance policy. That moment of clarity floats in the ether; he is now blackmailing her.

I think Thelma is the classic battered woman, who has been programmed to believe that she is utterly worthless. She was sent into the house by Laredo. She was getting the necklace for him. His mack daddy’s trick of always giving her a kiss with a slap in the face is evident in the getaway car when Laredo mentions how wonderful her money is---but she needs to get with to the peroxide and the silk dresses now because drab doesn’t look good draped on his arm.

But Thelma is no longer interested in the shiny life; she knows exactly what’s engraved inside the gold cigarette case. Even if we had that shot of Thelma emerging from of the darkness into the blinding headlights of Cleve’s car, she would have crooked her smile or hid her trembling hands with her sequined shawl. Nice guys don’t fall for dames like her. This is the takeaway from the film: Thelma’s tragic vulnerability: those haunting long shots of a lonely spinster holding a white flag of surrender, waiting for love by an empty road on a sultry summer night. Despite being in town for only a couple of months, Thelma had met not just one, but two tender souls and they both had fell in love with her.