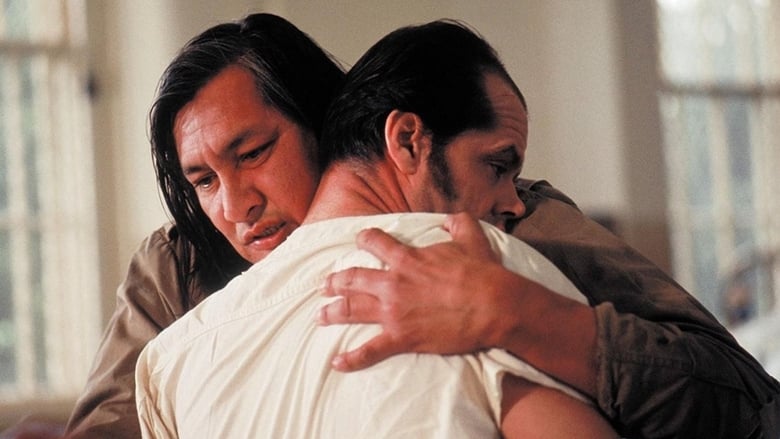 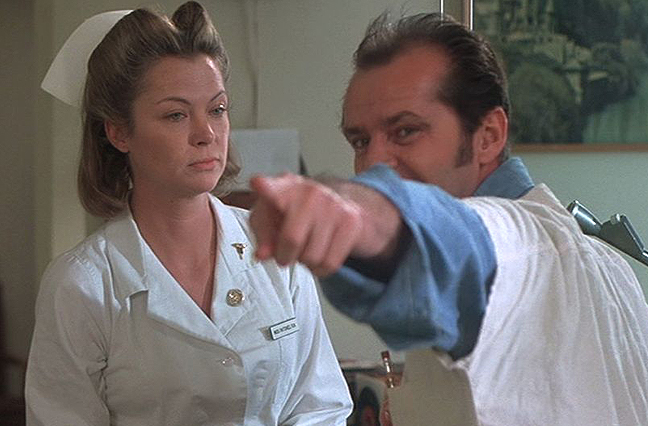 
"A criminal pleads insanity after getting into trouble again and once in the mental institution rebels against the oppressive nurse and rallies up the scared patients."


I'm impressed!...I don't even know where to start with my praises! Cuckoo's Nest has one of the best written scripts I've ever had the joy to experience in a movie. So kudos to Lawrence Hauben and Bo Goldman, both who won Oscars for their effort.


And kudos to the actors, the entire cast was extremely talented:


Jack Nicholson, OMG was he great in this or what! To his credit he played R.P. McMurphy as a man who might just be an actual sociopath or instead might just be one huge jack ass. The questionable nature of his character worked wonders as the audience is in the same shoes as the doctors...we don't know if this man really belongs in a mental institute or not?

At first he seems like the typical anti-hero, a role he often played in other movies, but the film then flips that on it's head when he comes with in seconds of choking Nurse Ratchet to death. Which makes me think he's a real sociopath (a person with a personality disorder manifesting itself in extreme antisocial attitudes and behavior and a lack of conscience.)...and that sounds like R.P. McMurphy to me.

When I was younger I thought he was the victim and the nurse was the evil one...but now I can see those roles being blurred and questioned, and that's brilliant screen writing...and acting. 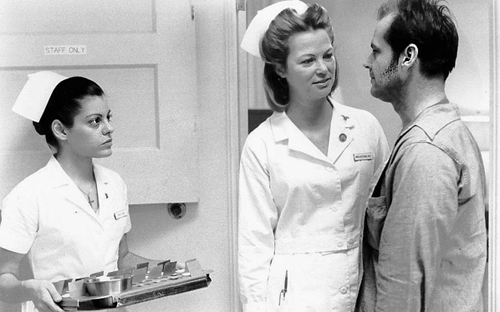 Louise Fletcher, holy cow she rocked! I had seen this film once like 30 years ago and I remembered her as this evil conniving, sadistic nurse...boy was I wrong! She gave Nurse Ratched depth...and I could see she believed the actions she took was in the best interest of the patients. And yet she's a control freak and McMurphy challenges her control which then pushes her deeper into her authoritativeness.

Nurse Ratched extruded this passive-aggressive personality that was layered with that overly calm & collected voice, brilliant! But she never really crosses the line and becomes an evil caricature, in fact I rather like her...at least until the end. Both her and Nicholson richly deserved their Oscars.

But you know who I thought was great in this Brad Dourif in his first major movie role. He's always been a favorite actor of mine ever since I seen him in Dune (1984). He was flat out amazing in Star Trek Voyager as a reoccurring character who had become psychotic and murdered a crew member.

The rest of the cast were equally good. I learned in an interview with the director that he hated movies where the supporting actors all looked alike, as the audience can confuse them. So he purposely populated his film with actors that had a very distinctive look. He went with unknown actors at the time, that way he could keep his film feeling more real. The only known actor was Nicholson and he was the audiences proxy into the story, so familiarity was a plus for the lead.

The director had one thing he kept telling the actors over an over, 'keep it natural' and that's why the film works so good, it feels like you're in this mental institute with real patients. 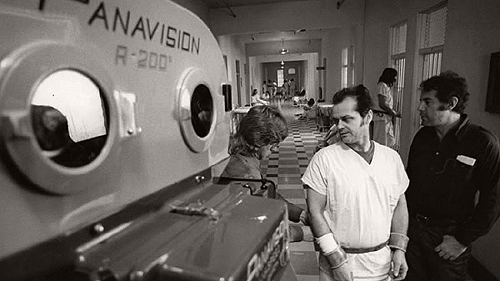 And if all this wasn't enough, they actually filmed and lived for 10 days in a wing of the Oregon Hospital for mental patients. Gosh that makes this film look so authentic as those are real rooms, real sets.

According to the DVD extras the actors really got into their roles and kept in character the entire time. Oh and the head doctor at the beginning of the film, he's a real doctor who worked at Oregon Hospital.