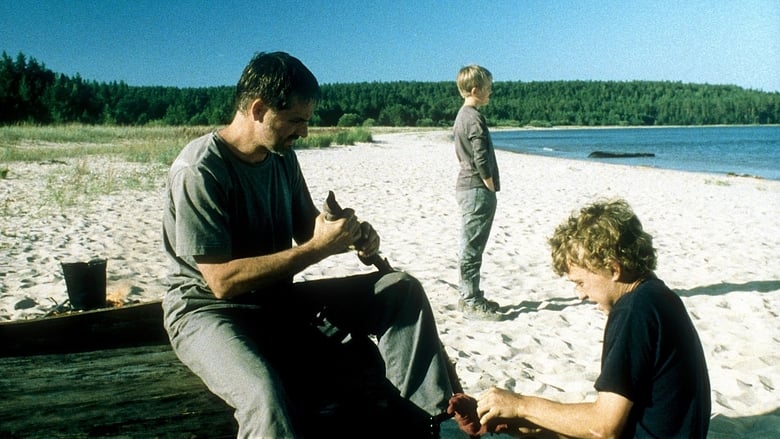 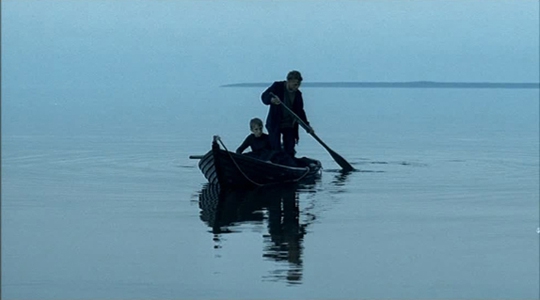 
"In the Russian wilderness, two brothers face a range of new, conflicting emotions when their father - a man they know only through a single photograph - resurfaces."

I thought this was pretty great. I loved the way it was filmed with longer scene takes, and camera shots that were held long enough to give time to reflect on the moments at hand. The editing was smooth and straight forward. I liked that this was a linear story, with a beginning, middle and end...and void of flashbacks and multiple story lines. That linear story telling allowed the film to focus intensely on the moment. The use of the journal as a narrative tool and the daily countdown (Monday, Tuesday, Wednesday, etc) added to that focused intensity.

The cinematography was sublime and fit the story narrative to a tee. The camera was mostly quiet with wide angle views, with just enough creative shots such as the overhead straight down look on the father in the boat. Those few creative shots gave the film an art feeling, and briefly suspended time...giving the viewer a chance to reflect. 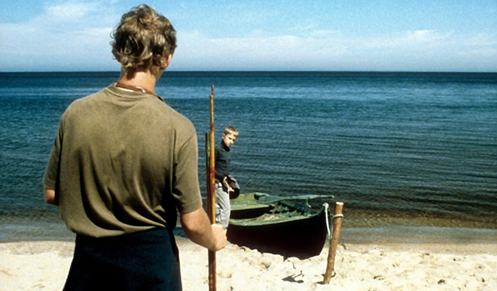 The two child actors were amazing in this. They said so much just with facial expressions and body language. They skillful conveyed the complex moods that they felt about being with a man, who was their father, and yet was a complete stranger with a mysterious past.

Even the post production mixing of the low key, low volume music score was brilliant...as the score is hardly audible and yet subconsciously imparts and emotional resonates to the watching experience. The de-saturation of the warm colors out of the final print, leaves an austere bluish green tint that looks as foreboding as the story-line was.