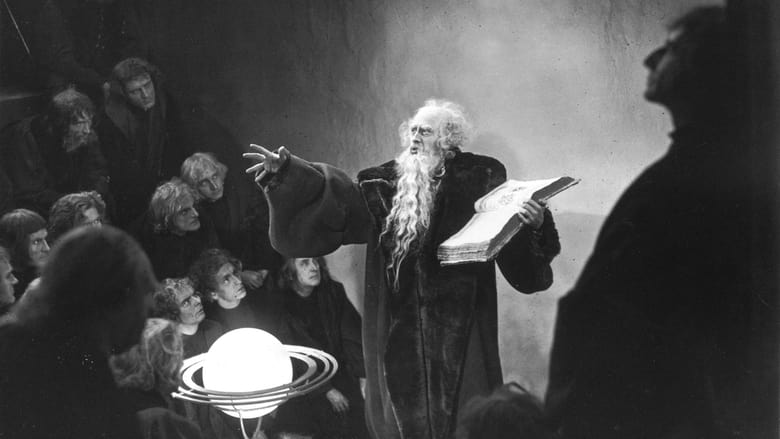 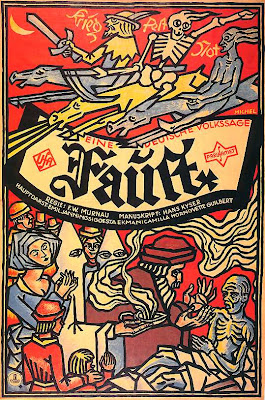 Murnau's final German film before he moved on to Hollywood is a great blend of spectacle and special effects, especially in the first half. It's a classic story of Good vs. Evil, not all that unlike the Book of Job, where Mephisto [the Devil] (Emil Jannings) bets God that he can turn God-fearing, good man Faust (Gösta Ekman) into an unrepentant sinner if given a free hand. Faust wants youth and is especially attracted to a beautiful innocent (Camilla Horn). Eventually, her brother (William Dieterle) does battle for her honor with Faust in a scene reminiscent of Shakespeare's far-later Romeo and Juliet. The opening combines every imaginable use of sets, costumes, F/X, trippy editing and storytelling skill which Fritz Lang would later try to improve upon in the next year's Metropolis. The second half of the film which tells how Faust falls a bit short in his purity is entertaining but not as mesmerizing as the earlier scenes. However, it's very interesting to see Dieterle acting in this film before he moved to the U.S. to become a significant director and make his own Americanized version of this tale, the wonderful The Devil and Daniel Webster (1941).
» More about Faust
» More reviews of Faust
» More reviews by mark f